Android Q Beta 2 is available today as an “incremental update” to the initial March release. We’re enrolling in the Beta Program and sideloading the OTAs right now to explore all the changes, so stay tuned to our updating (reverse chronological) list below.

While the first three Q releases are betas, Google’s focus is still on developers and identifying compatibility issues. The company is looking for feedback, with frequent changes and testing during this period.

This is the priority period in which to give us your feedback on features and APIs and file compatibility issues — for all of these, please use the issue tracker. You can expect some API changes across these updates.

For reference, here’s our everything new in Android Q Beta 1 from March. 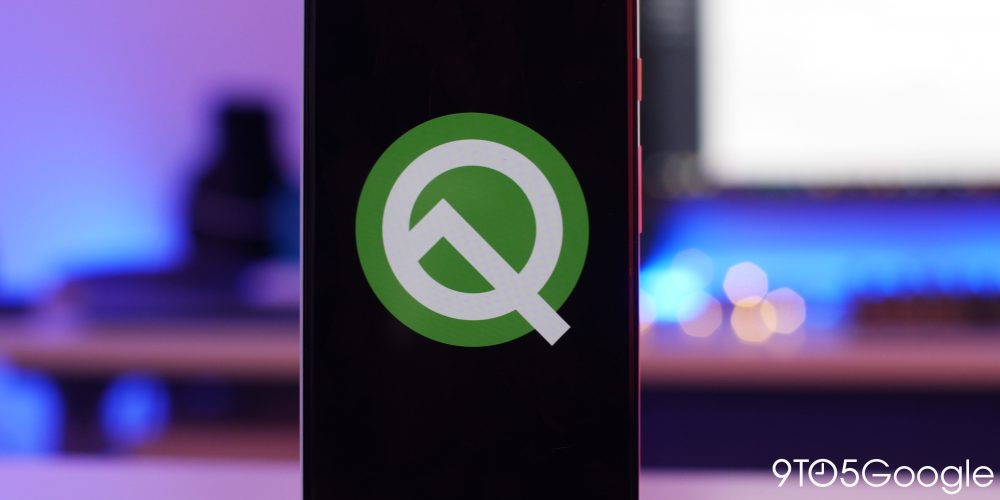 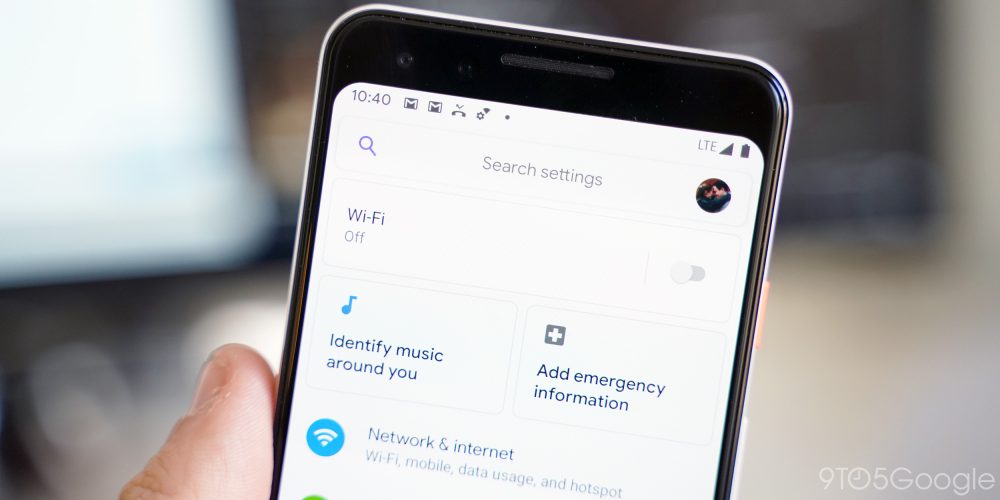 How to enable ‘Bubbles’ for notifications using ADB 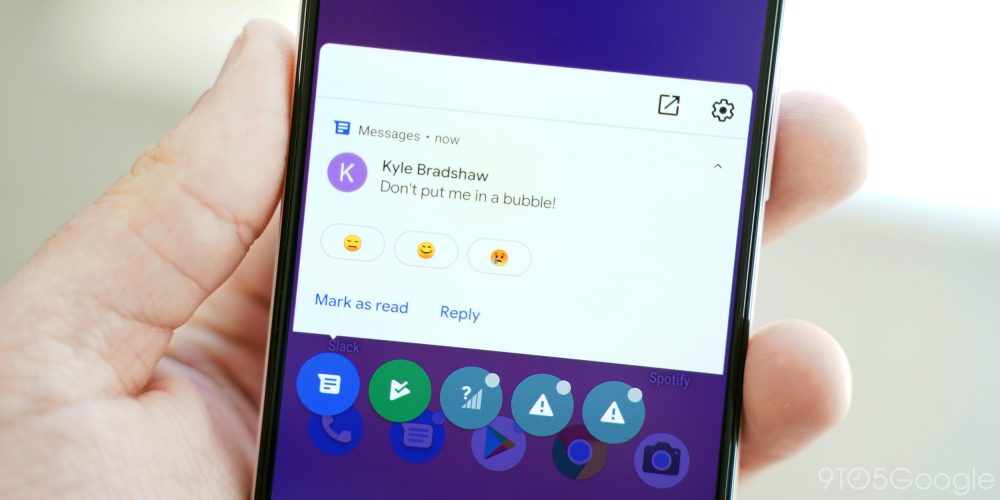 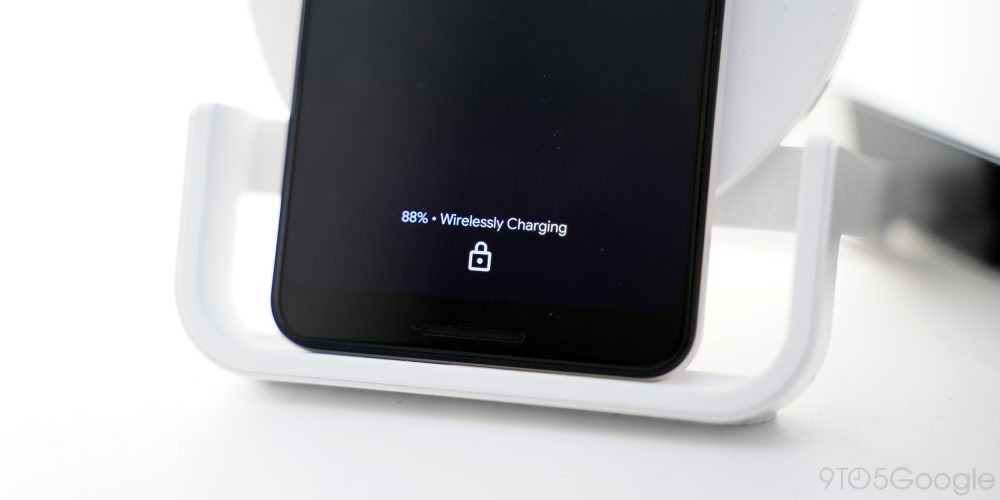 Your “Recently opened apps” are now displayed horizontally rather than as a list. Meanwhile, there is a new “Notification Assistant” that reads all alerts to “modify or dismiss notifications,” and can enable/disable DND.

Beta 1 noted what song and artist you’re listening to right under the Always-on Display clock. In Beta 2, currently playing is more prominently highlighted with the app icon and the song name on one line and the artist below. Meanwhile, the time is permanently shrunken down when music is playing as if it were an incoming notification. 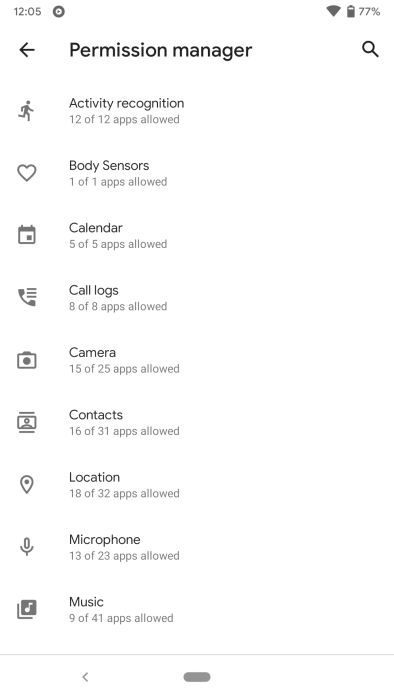 In Beta 2, all media notifications include a progress bar with timestamps to quickly see the current playback state. This is especially useful for podcasts and other long form content. In supported apps like YouTube and YouTube Music, that bar doubles as a scrubber. 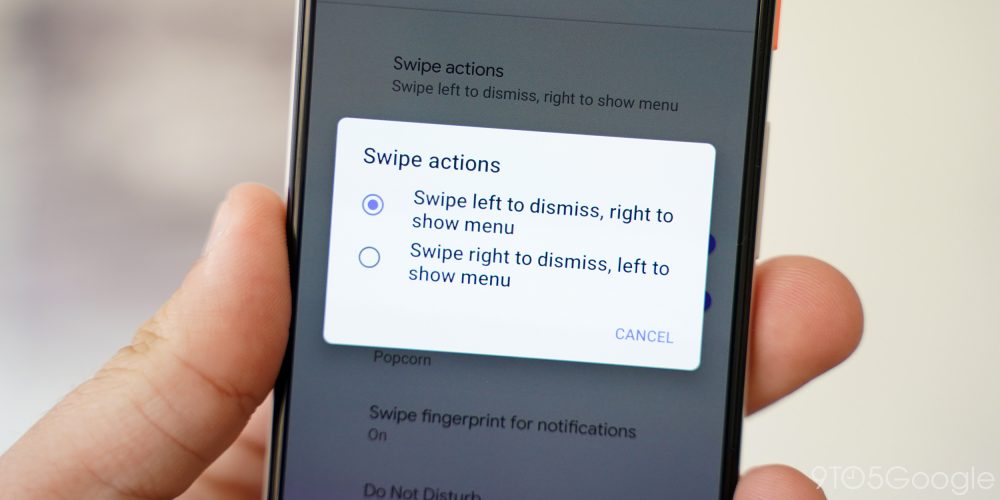 When sharing an image, like a screenshot, the system Share menu now includes a small preview. The top corners of this sheet have also been rounded. 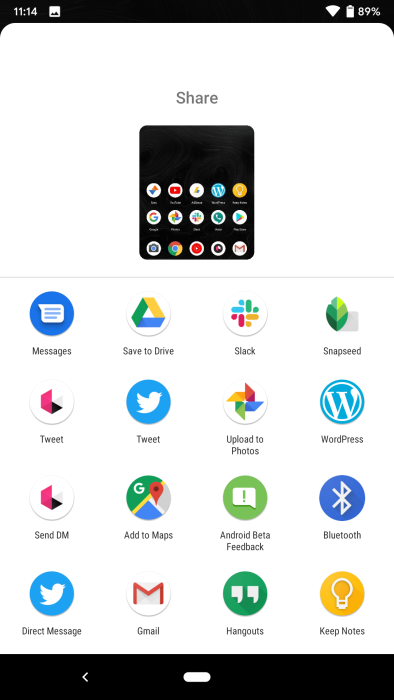 Android Q Beta 2 introduces a new battery icon that better conforms to the Material Theme. It features a thick, bolded outline so that the battery level inside is no longer edge-to-edge. It’s also present in the top-right corner of the Always-on Display.

Bubbles are a new way to multitask in Android Q that can be expanded from their floating circular icon to reveal parts of the app. This includes messaging conversations, active phone calls, arrival times, notes, and other ongoing tasks or important updates. The Bubble APIs is built on top of Android notifications for easier implementation. When different apps are open, bubble icons will line themselves up in a row.

With the first Foldables launching in the coming months, Android Q is making sure apps can take “advantage of these new screens.” Beta 2 and Android Studio 3.5 includes a new foldable emulator in two hardware configurations: 7.3″ (4.6″ folded) and 8″ (6.6″ folded). The emulator provides on-screen controls to trigger fold/unfold, change orientation, and quick actions.

There are new platform features in Q, like improvements to onResume and onPause that support multi-resume and notify apps when it has focus. The resizeableActivity manifest attribute has been changed to better manage how apps are displayed on foldable and large screens.