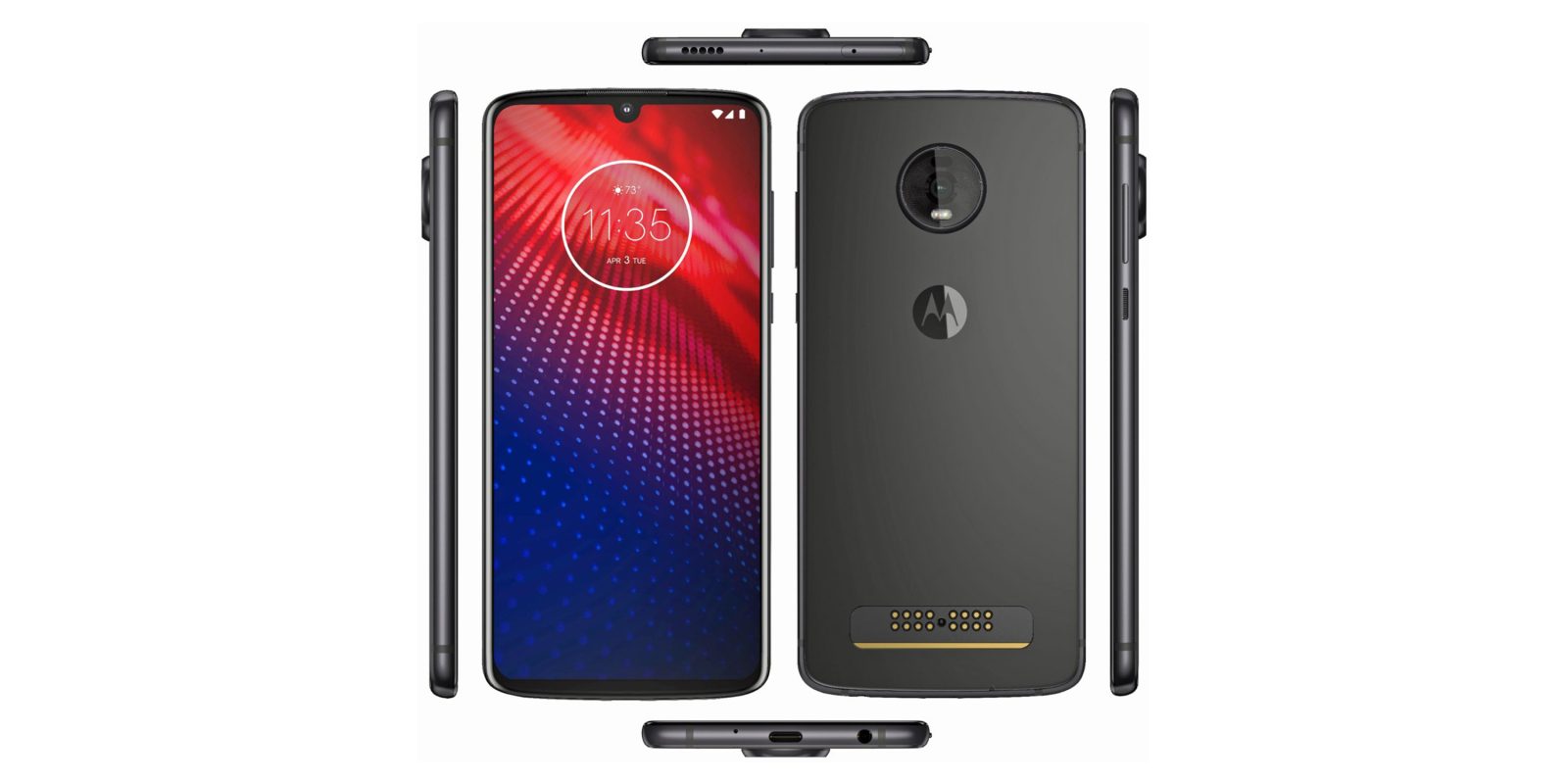 Thanks to leaked renders courtesy of Evan Blass AKA @evleaks, we’ve now had a glimpse of the upcoming Motorola Moto Z4 in all of its modular glory.

While the modular nature of the Moto Z3 and Z3 Play wasn’t exactly fully fleshed out, the concept is still a pretty neat one. It does seem strange that Motorola looks to be doubled down on the snap-on-snap-off design with this upcoming Moto Z4.

The problem with last years Moto Z3 was not even the Moto Mods, it was more the lack of features that the Moto Mods seemed to account for. We’re not sure if the Moto Z4 will follow a similar path, but these renders of the new model show some new design choices for the Moto ‘Z’ line.

For wired audio fans, you’ll be pleased to see the headphone port retained, while the display gets stretched out in a more edge-to-edge format. This much larger display means that we’ll see a teardrop notch housing the front-facing camera. Compared to the Z3, the Moto Z4 looks like a much more conformist device in the design stakes — at least from the front.

Flipping round to the back and you’ll notice the renders show a bulbous camera bump that only houses a solitary rear-facing camera. This might just be a bold move by Motorola, but it could be a major hint that the Moto Z4 utilizes some of that Google computational photography wizardry in this latest model — granted we are in the grounds of speculation at this point.

From earlier leaks, we’ve been led to believe that the Moto Z4 will come with the Qualcomm Snapdragon 855 chipset and we’d suspect at least 4GB of RAM. Much like the Z3 before it, we’d also anticipate a Moto Z4 Play to come alongside the standard Z4. The Moto Z4 Play would likely be a mid-range device with much more modest specs and an identical design.