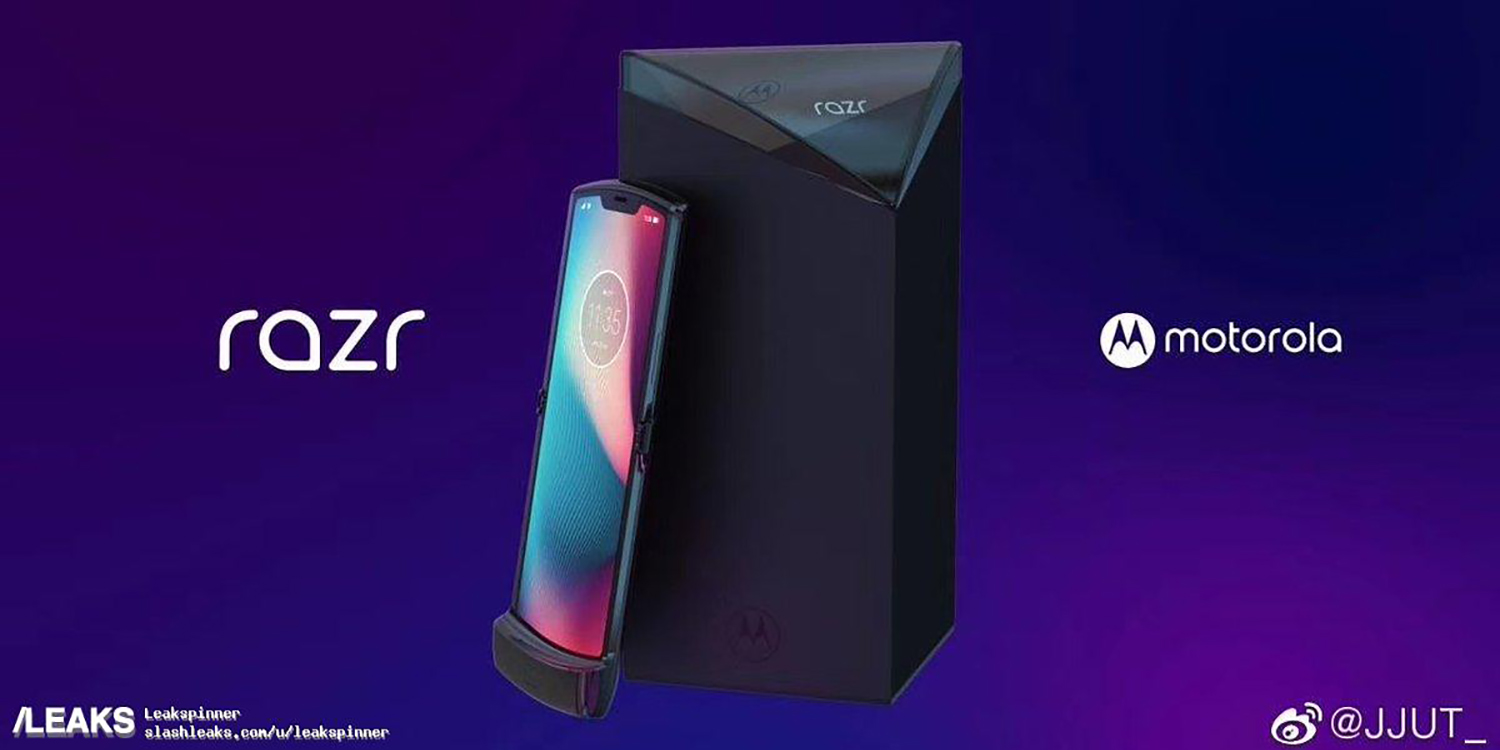 The upcoming Motorola RAZR V4 has appeared in some seriously sketchy renders and showcases much of what we have expected based upon previous leaks.

Of course, the folding phone revolution might not have gotten off to the best of starts with the Samsung Galaxy Fold. But that doesn’t mean we don’t expect a deluge of foldable devices in the coming months.

A new yet unannounced Motorola RAZR phone is expected to come with a unique-but-familiar vertical folding design that became iconic thanks to the original Motorola RAZR family. A design patent clocked way back in January gave us a glimpse of what a clamshell phone with folding touchscreen display could look like.

These supposed press renders of the Motorola RAZR subsequently appeared on Chinese social network site Weibo, but have since been deleted and reuploaded to SlashLeaks. They show that familiar design, which does line up with the patent leaks and previous information about the device that was gleaned from various sources.

One render shows the fold of the Motorola RAZR from the rear of the device and to an extent calls into question the legitimacy of the images. As surely this design would likely leave a thin sliver of the back of the display open to damage. Considering we saw a series of issues with the Samsung Galaxy Fold along the fold, surely Motorola wouldn’t opt for having the thinnest part of the display potentially open to damage? 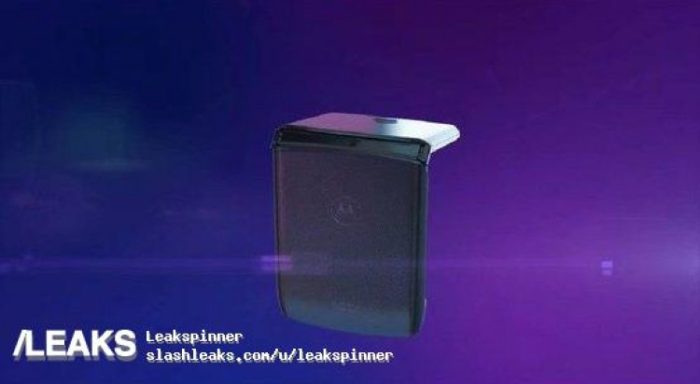 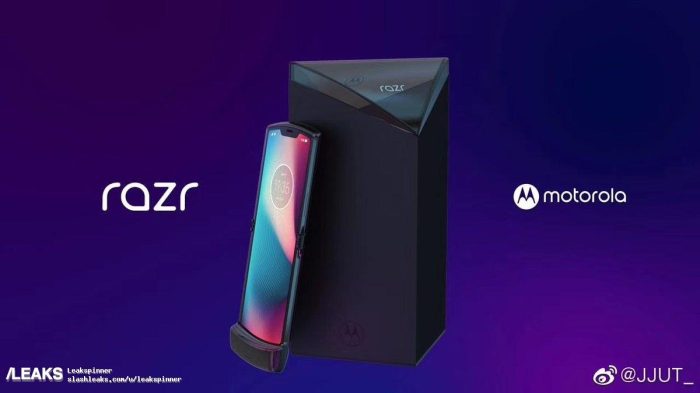 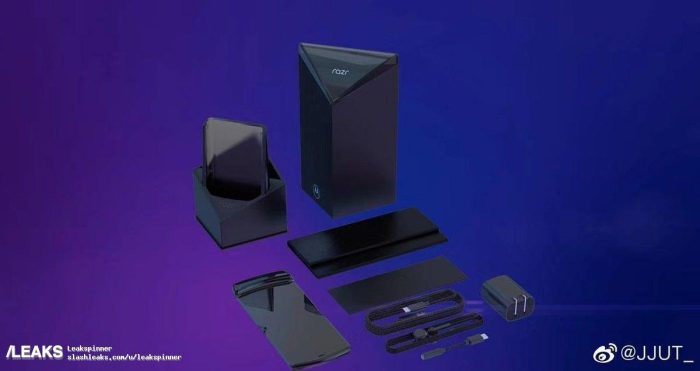 The leaks also show what appears to be a prism-like box that plays host to a series of accessories and extras. It’s not clear whether they would come with the device or if they just happen to be potential extras that can be opted for with a purchase of the upcoming device.

Given the grainy nature of the images, it’s difficult to work out what each accessory is initially but you can see a charging brick, various cables and what appears to be a clip on case.

The Wall Street Journal also reported that this new Motorola RAZR folding smartphone would come with a sizeable $1,500 price tag, but will be exclusive to Verizon. The renders bear no Verizon branding, but of course, we wouldn’t expect to see that on a potential press render.

While it’s most definitely wise to take these leaked renders with a grain of salt, given the quality, they do give us a glimpse of what a vertical folding clamshell Motorola RAZR might potentially look like.

What do you think? Could these Motorola RAZR V4 renders indeed be legitimate? Would pick up the nostalgia-fueled device? Let us know in the comments section below.