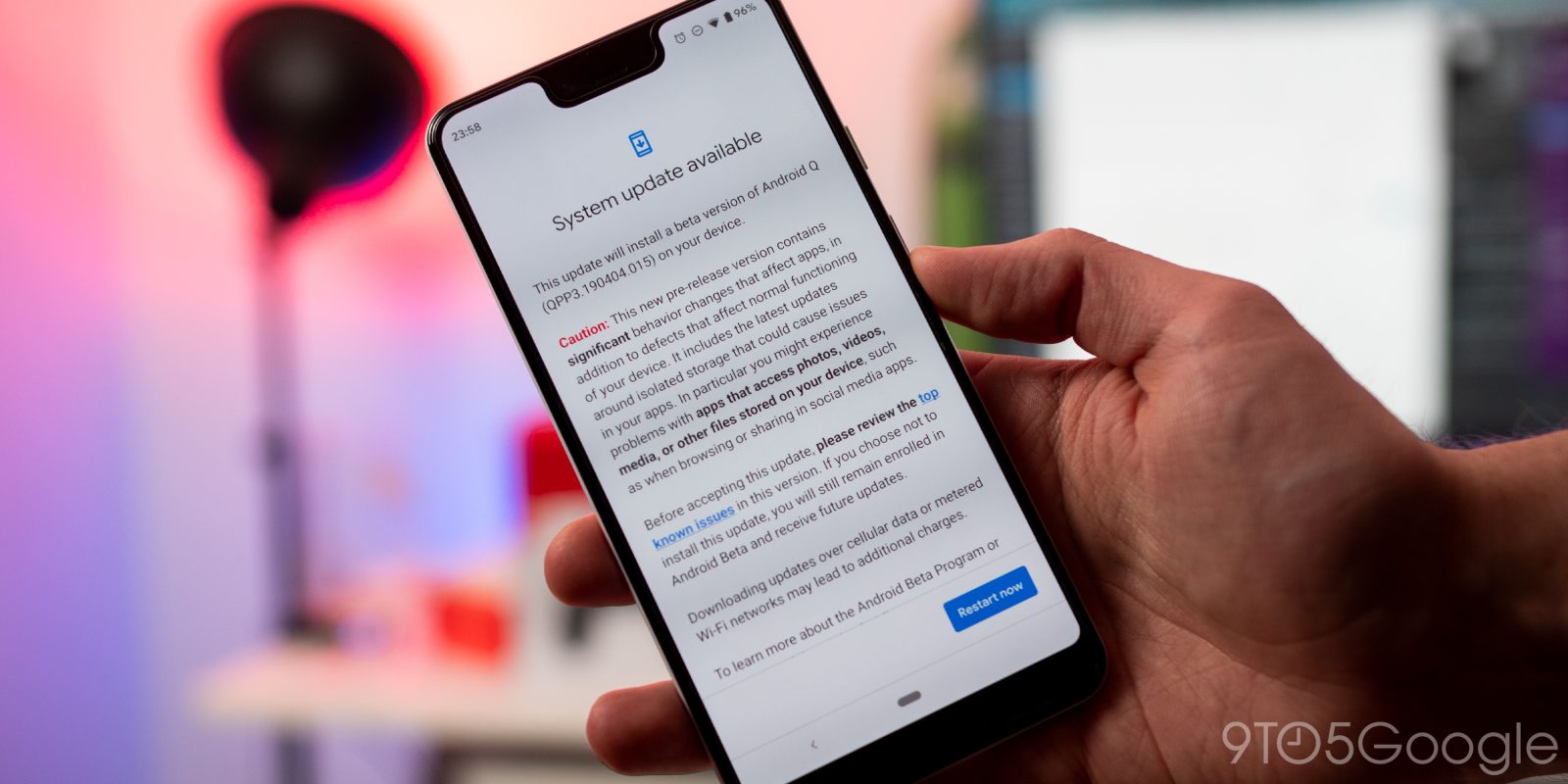 We always say that when installing an Android beta update you should proceed with caution, and that most definitely appears to be the case with the Android Q Beta 3 which has a few tiny teething issues.

While the update is not really intended for most users, we’re sure you’re itching to get all of the new features on your Pixel device. Those with the Pixel 3 — we’ve not seen many reports on other Pixel devices — may run into an issue whereby the device seemingly hangs after downloading the OTA update.

I personally have encountered this issue, so I feel your pain. I sat for around 2 hours and the progress bar simply wouldn’t budge until I saw something happen. As fate would have it, reports are coming in from plenty of users on Reddit experiencing the exact same thing. It appears we are all in the same boat deep in a sea of frustration.

If you do happen to run into Android Q beta 3 issues such as the optimization problem, there are a number of things to try. Firstly, simply try rebooting. This seems like the most obvious thing to do, but it has helped resolve the issue quickly according to some users online.

Secondly, try rebooting and putting your Pixel device on charge. After that, it might take a few reboots to get the Android Q Beta 3 to push through properly. Using this basic method it took me seven (yes, 7) reboots to get off that godawful ‘Optimizing apps’ screen and into the full Beta 3 experience.

Alternatively, you could simply try uninstalling a few apps to see if that boots the ‘optimization process’ into action. Some have also confirmed that simply pausing and resuming the process can fix the update process.

Finally, it might be worth flashing the update manually, as this has proved to be another more obvious way to resolve the Android Q Beta 3 installation issues. Luckily, we do have a handy guide to ensure that you head in the right direction.

If you have encountered the problem yourself, then please let us know if you managed to resolve it in the comments section below. Alternatively, if you are thinking up updating, please, tread carefully.