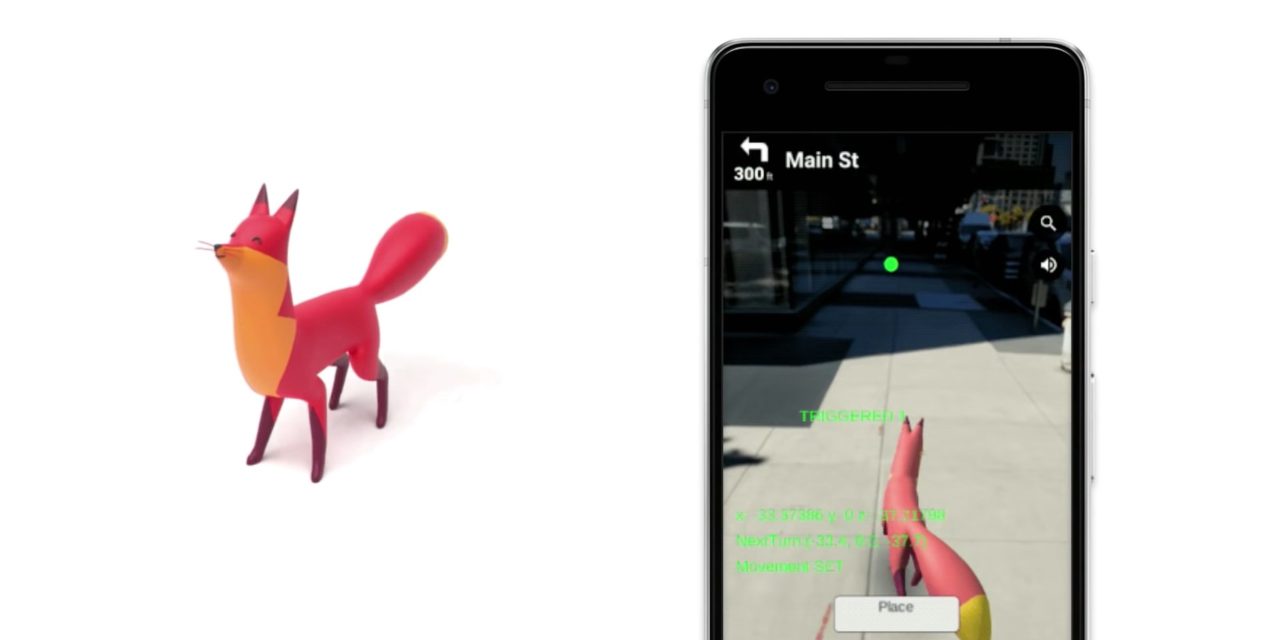 Google at last year’s I/O previewed AR navigation in Google Maps. Over the past few months, the feature was rolled out to Local Guides users and this week to Pixel users. At an I/O 2019 session, Google addressed the absence of the cute AR navigating character.

As AR navigation in Google Maps rolls out to Pixel users this week, some might be wondering about the lack of a cute fox character to guide them through the world. The demo last year showed a fox walking in front of the user and making turns.

Google Maps today just uses big floating arrows and signs overlaid on the real world to guide you when navigating. According to the “Developing the First AR Experience for Google Maps” at I/O 2019, the fox is not ready for the world despite various prototypes.

Over the past year, we’ve done over 25 prototype variants and tested them with people of the fox experience. We found that it is really hard to get the experience right between a helpful AR character and a person.

At issue is how the animal character led users to imbue an expectation of intelligence. Many wanted the fox to be more feature-rich by providing shortcuts and identifying interesting places. Meanwhile, the AR character was not good at physically avoiding poles and fire hydrants in the real world.

Fortunately, Google is not giving up on the fox, with the Maps team continuing to prototype experiences with the character.

Rest assured we’re continuing to prototype and test the fox experience But we want to make sure that we’re providing a delightful experience, but also being helpful in the moments that matter.