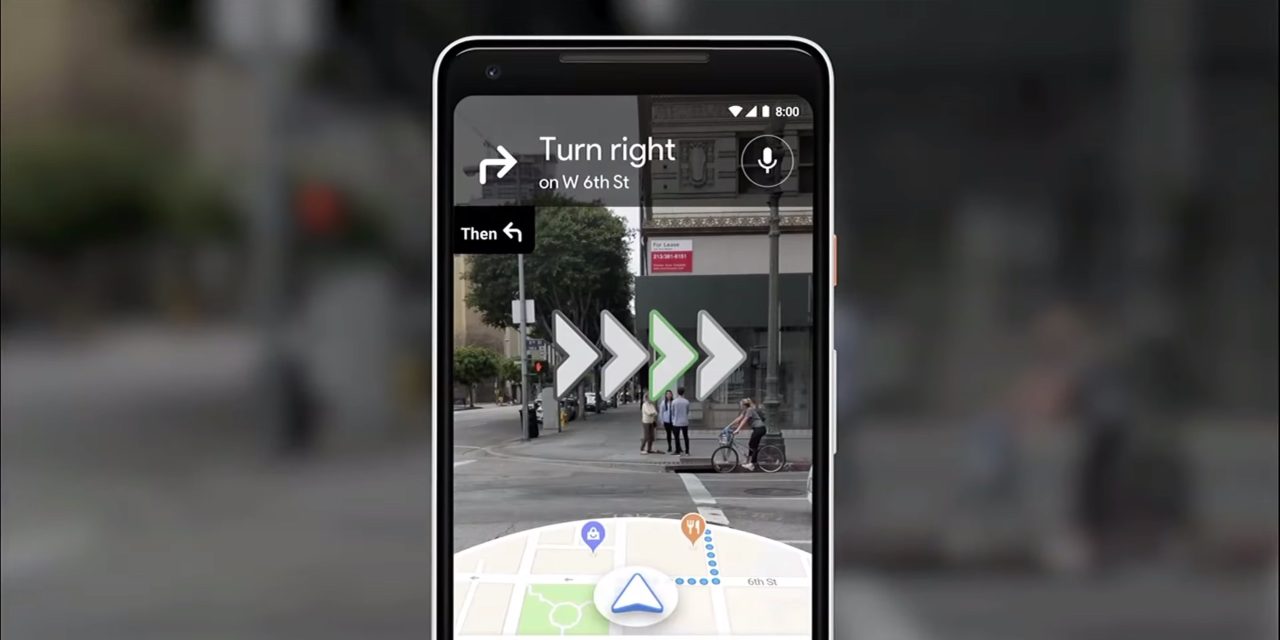 Earlier this month, Google provided the first demo of AR navigation in Maps for Android and announced that Local Guides will be the first users to gain access. Google this week is now reaching out to Local Guides on both Android and iOS.

AR navigation in Google Maps overlays walking directions and business listings over a live camera view. It is aimed at addressing how GPS is notoriously inaccurate in urban environments by making the camera another sensor as part of a Visual Positioning Service (VPS).

While the first demos and technical details were provided this month, Google is heavily emphasizing that more testing is required, and did not commit to wider availability. The company is previewing with Local Guides that are prolific reviewers in Google Maps and frequently add photos, answer questions, or fix listings.

This week, Google began reaching out to some Local Guides for “early access.” The program has a tiered system of 10 levels and only higher-up members appear to be getting invited.

Emails shared with 9to5Google note how this early access is currently intended for a “select group of Local Guides,” with Google wanting direct feedback on how to improve AR navigation. Notably, Google will be simultaneously testing the feature on both Android and iOS. As part of this beta, an “ARCore or ARKit-supported smartphone” is required. Earlier this month, the company only showed demos of AR in Google Maps for Android.

Selected members are told to update to the latest version of the Google Maps app and search for a place. It appears that this feature is being enabled by a server-side update to those selected accounts. Meanwhile, an APK Insight of Google Maps 10.11 earlier this week reveals that the latest beta of the app is the first to include strings and resources for AR navigation.

Listings will feature a “Start AR” button to launch the mode and the camera view. Google in its email this week warned that “battery and cellular data consumption will be higher” in augmented reality, and to “keep aware of your surroundings.”

While using AR, battery and cellular data consumption will be higher than a traditional 2D navigation experience. Also remember to keep aware of your surroundings.