Android Q is still in beta right now, but Huawei is officially confirming a few of its devices for the upgrade. When the time comes, at least 8 of the company’s devices will be updated including the P30 and Mate 20 lineups.

Confirmed in a post on Weibo (via XDA-Developers), Huawei will be rolling out Android Q updates with EMUI on top to 8 of the devices in its portfolio. This shouldn’t come as much of a surprise, as the Mate 20 Pro is included in the Android Q Beta program.

The devices included are:

Of course, there’s still no timeline at this point for when Android Q would arrive on any Huawei devices. More than likely, this list will expand by the time the update starts rolling out as well. If Android Pie was any indication, Huawei is going to be relatively quick to a global rollout. 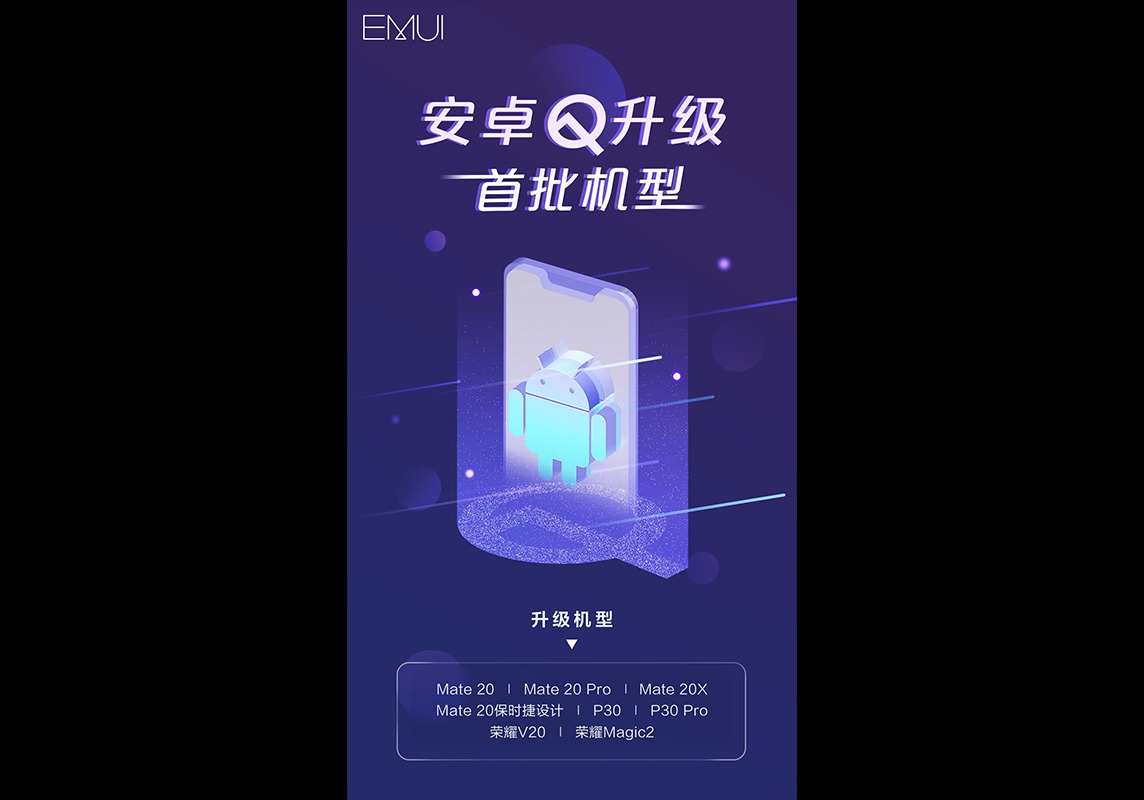