As you may know, WhatsApp has tested animated stickers before but stopped development. While GIFs are fun, they don’t automatically play and are instead treated like another media file, meaning you have to tap them to play.

Animated stickers act as native files, playing as soon as they are received. Even better still, they work perfectly with WhatsApp web or desktop client. Meaning you can send them without needing direct access to your device.

According to WABetaInfo, the WhatsApp beta 2.19.50.21 for iOS has already included the functionality. It allows you to see any animated stickers within the notification center, therefore negating the need to open WhatsApp to see them.

In the latest 2.19.130 Android beta update, it appears that WhatsApp has finally started to test this potential new feature. Much like on iOS, when you receive a sticker from a contact or group chat, you get to see a proper preview from within the notification. 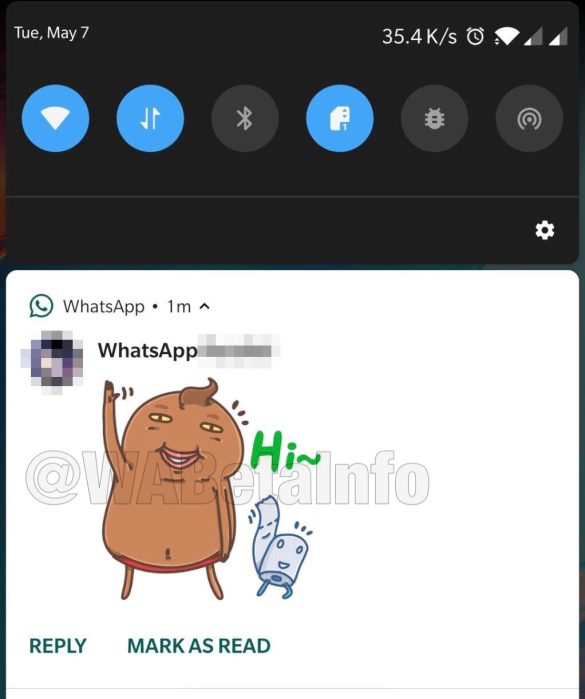 It’s unclear when we might see this update reach either Android or iOS, or if it will ever make the jump from these WhatsApp beta updates to a full release. That said, as this is a relatively minor update in the grand scheme of things, we would expect to see it sooner rather than later.

Be sure to keep your favorite multi-platform messaging app updated to be among the first to see these Animated Sticker Previews in future WhatsApp notifications.