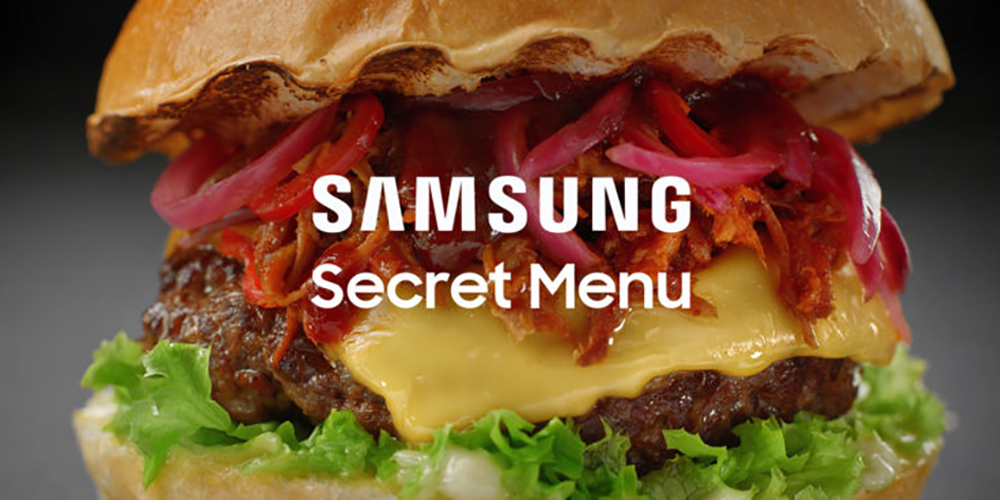 We get that certain phones will often tout exclusive features and functions as part of their marketing campaigns and as a way to entice buyers. But Samsung has a pretty unique sales tactic in the UK with its exclusive Samsung Secret Menu — yes, Samsung phones now have ‘exclusive food’.

You’re probably wondering just what the fresh heck that is, well, it’s basically a partnership with a series of UK eateries that gives owners of Samsung phones the ability to get one-off dishes that aren’t available without a device-specific code (via Cult of Android).

The Samsung Secret Menu is available at four restaurants: Bill’s, The Breakfast Club, Patty & Bun, and Pizza Pilgrims. I live close to a Bill’s burger joint and I can honestly say, that I’ve never eaten there. Would this entice me to go and try and exclusive non-menu option? I genuinely think it would.

Now without doing a little more digging, it’s not clear how these new Samsung Secret Menu items differentiate themselves from the regular options. I suppose we could see some South Korean spin being put on dishes with Samsung being arguably the biggest South Korean export since Kimchi?

It turns out though that the Secret Menu itself isn’t so secret in each of the locations. You just need to pop into your favorite restaurant (or all of them if you prefer), find a Secret Menu, and look for an AR code and scan it to find out what dishes you can order. Then it’s just a case of unlocking the exclusive dishes using your Samsung phone.

There’s no word if the Samsung Secret Menu might head to the United States, but it would be at least one “feature” that Android users could claim that iPhone users likely won’t ever get! Anyway, I’m dusting off my Galaxy Note 9 to go get me some of that ‘exclusive food’…