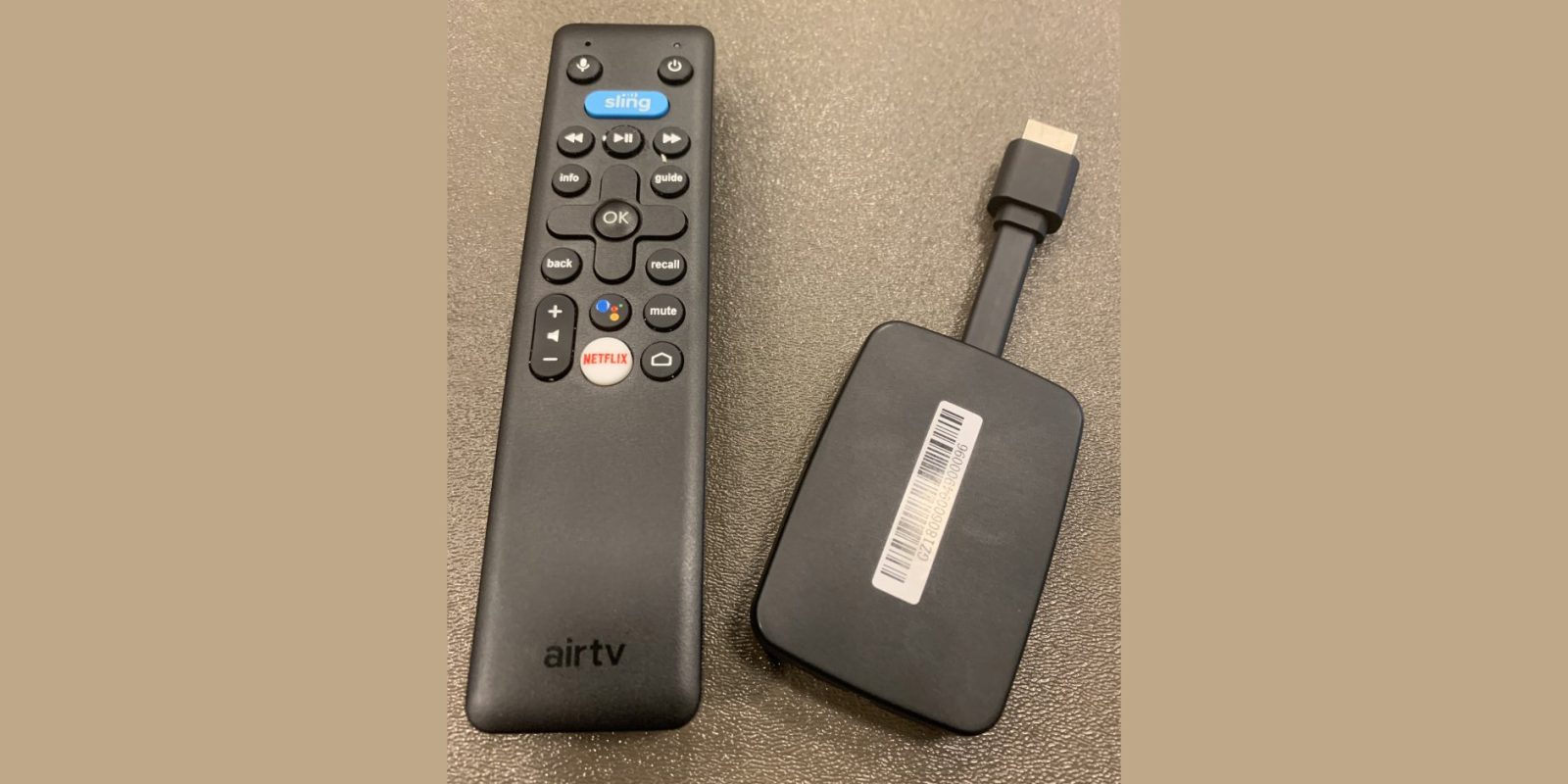 Previewed at 2019 DISH Team Summit earlier this month (via SatelliteGuys, @AndroidTVRumors), the company quietly showed off a new piece of hardware at the big event. The AirTV Mini was the most interesting device detailed, as it offers up Google’s Android TV in a dongle form factor, something we rarely see.

To date, the only notable Android TV device to launch with a streaming stick/dongle form factor has been the ADT-2, a developer device provided by Google and not available for general sale. DISH, however, seems to be planning on making this new device a bit more available to customers.

There are some things to note, however. Unlike the original AirTV set-top box which also ran on top of Android TV, the AirTV Mini won’t feature a USB port which offered the ability to tune in to over-the-air broadcasts. Further, there’s no “find my remote” feature either.

Interestingly, it’s mentioned that a “new version of Android TV” is on board. However, I’d assume that this means the new UI introduced in Oreo, but one source does claim it’s Android Pie.

As far as specs go, the AirTV Mini runs on top of an Amlogic S905Y2 quad-core processor clocked at 1.8GHz with 2GB of RAM and 8GB of storage. That’s a bit light, but not entirely terrible for a streaming dongle.

There’s no firm launch date or availability details available just yet, but apparently, we can expect this device to arrive as soon as June for a price of $79. That’s considerably less than a lot of other Android TV hardware on the market today, although it’s also more than the comparable Roku Streaming Stick+ ($60) or the Amazon Fire TV Stick 4K ($50).