The removal of the Google Drive $5 yearly subscription plan giving 20GB of cloud storage has some benefits for users already subscribed to the lowest tier of the service. Google has since told users that subscribers will now have the extended storage grandfathered to their existing accounts completely free of charge.

Initially posted on Reddit by user /u/HeiuDo (via Android Police), the user posted an image that confirmed that the upgraded storage is now part of their ‘free’ Google Drive plan.

Within the thread, other commenters have confirmed that they too have also received confirmation that their own Google Drive plan has been upgraded free of charge.

While it isn’t exactly a massive upgrade, given that free accounts get allocated 15GB of storage when opening a Gmail account; it’s still a neat increase for those on the lowest Google Drive paid tier. 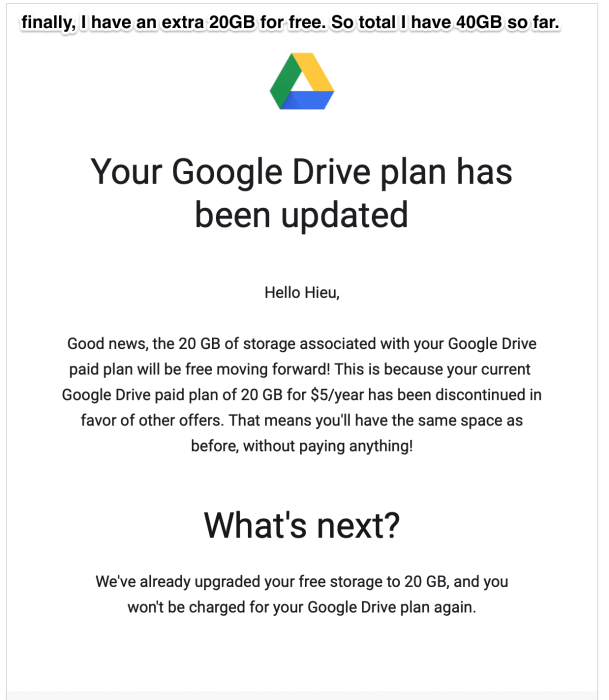 Google often allows you to up your cloud storage allowance simply by completing a few security checks or other associated promo campaigns — I myself have 19GB via these kinds of promos. We do know that Google is seeking to move the Drive paid tiers under the Google One branding — but still refers to both in marketing and support material.