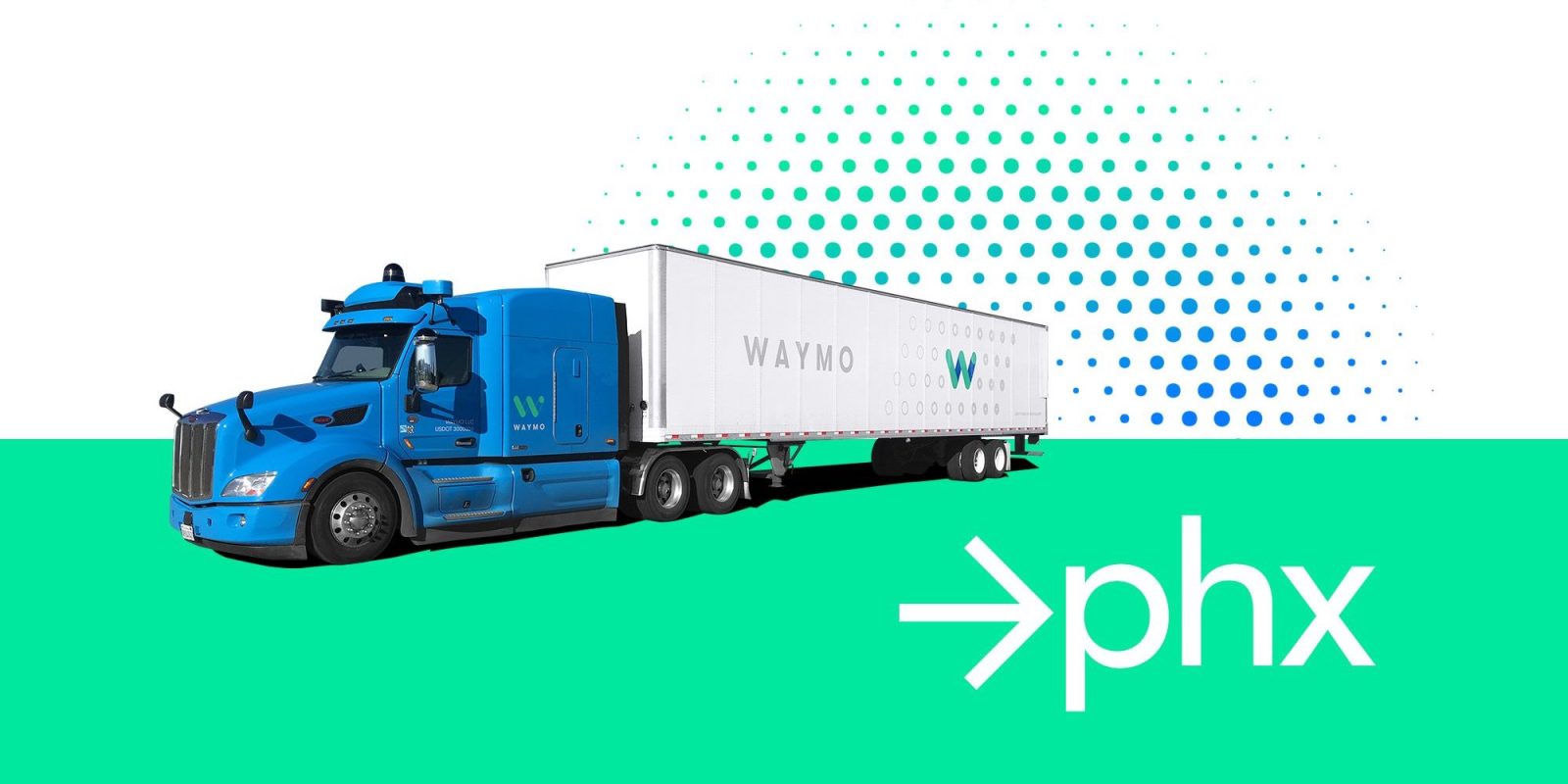 Waymo’s autonomous technology can be adapted to other vehicles, with the Alphabet company last year detailing work on self-driving trucks. These larger AVs are now returning to Phoenix, Arizona for additional testing.

The Waymo trucks feature the same suite of custom sensors including LIDAR, radar, and cameras as the passenger vehicles. This technology is mounted on the tractor unit that the company painted bright blue. The same AI principles apply, but Waymo has to learn about braking, turning, and blind spots, especially when a trailer is attached to the rear.

In testing since 2017, Waymo in March of 2018 announced a real-world pilot program where the AVs carried freight bound for Google data centers in Atlanta, Georgia. The company’s Twitter account announced today that the trucks are returning to Arizona. Initial testing was conducted in that state, as well as California.

Waymo is particularly testing the vehicles on Phoenix area freeways, and invites drivers to provide feedback. Besides the blue truck, the white trailer sports “Waymo” and the ‘W’ logo in green.

Like with the consumer Waymo One service, Arizona is an ideal environment for testing due to consistent and clear weather that’s usually devoid of storms or rain.

Autonomous trucks are another way Alphabet can monetize its decade-long work on self-driving. Last year, it noted how “self-driving technology has the potential to make this sector safer and even stronger.”

Trucking is a vital part of the American economy, and we believe self-driving technology has the potential to make this sector safer and even stronger. With Waymo in the driver’s seat, we can reimagine many different types of transportation .