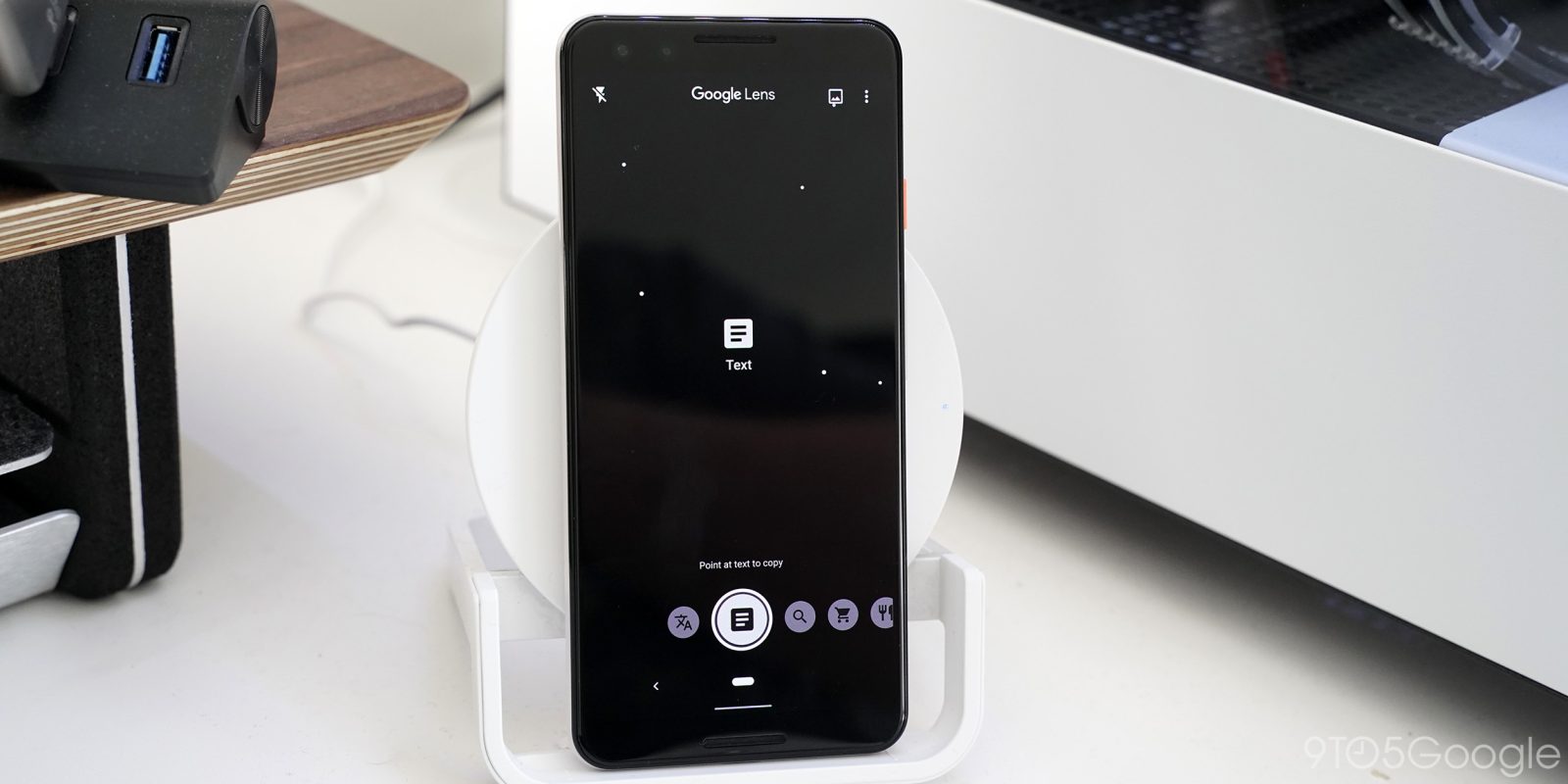 From the new Google Lens with filters to AR in Search, a number of the major augmented reality experiences announced at I/O 2019 launched in the past week. Another is now live when you point Google Lens at NBA team logos for AR stats.

In time for the NBA Finals, this AR experience is accessed by pointing Google Lens at one of the 30 basketball team logos. Your phone will recognize the domain and pop-up an “NBA” indicator at the top of your screen. Afterward, the area surrounding the logo will be marked off and a loading indicator appears.

A card that features the animated team logo will then appear in real space. Tapping slides up a panel to learn more and see stats. When a game is underway, Lens could possibly offer more information. This feature emerged after Game 2 of the Warriors-Raptors series ended. Game 3 is on Wednesday, June 6th.

Detailed by Google Lens product head Aparna Chennapragada this evening, this is a part of the company’s efforts to “connect helpful digital information to things in the physical world.”

The #NBAFinals are in full swing and this year, Lens has the ball. Point Google Lens at @NBA logos to see a live stat card and get the latest on your favorite team..speaking of which, GO @warriors!!! pic.twitter.com/7iY1yMRsIs

At I/O 2019, Google showed off Lens scanning a magazine and loading a video of a recipe. In that print example, the page featured a Lens logo in the bottom-right corner and “See how it’s made” prompt.

For example, at the de Young Museum in San Francisco, you can use Lens to see hidden stories about the paintings, directly from the museum’s curators beginning next month. Or if you see a dish you’d like to cook in an upcoming issue of Bon Appetit magazine, you’ll be able to point your camera at a recipe and have the page come to life and show you exactly how to make it.

Google just finished rolling out the new Lens that adds Dining and Translate filters. It’s joined by an OCR tool to quickly copy text and shopping to scan barcodes and products. Today’s basketball example and the recipe page work in the default “Auto” mode. NBA AR stats in Google Lens are available in both Assistant on Android and the Google Search app for iOS.