Google Tasks now appears in the Google Photos share menu. This creates a URL for your picture that’s automatically placed in the description field, with “Shared photo” becoming the default title for that entry. Other details can easily be changed and added. You can then quickly tap from the main “My Tasks” view to open the image in Photos.

The Tasks app also appears in the share sheet of other applications where images have links. For example, the share target appears in Image Search from the Google app, with the URL to that picture include in the task. Hopefully, a future update expands this functionality to allow for image uploads directly in the application, and brings in-app previews.

Tapping and holding on Google Tasks from the launcher reveals a “New task” shortcut. It launches the app to the entry screen and opens the keyboard for quick entry. Like other shortcuts, it can be placed on the homescreen as its own icon for even faster access. 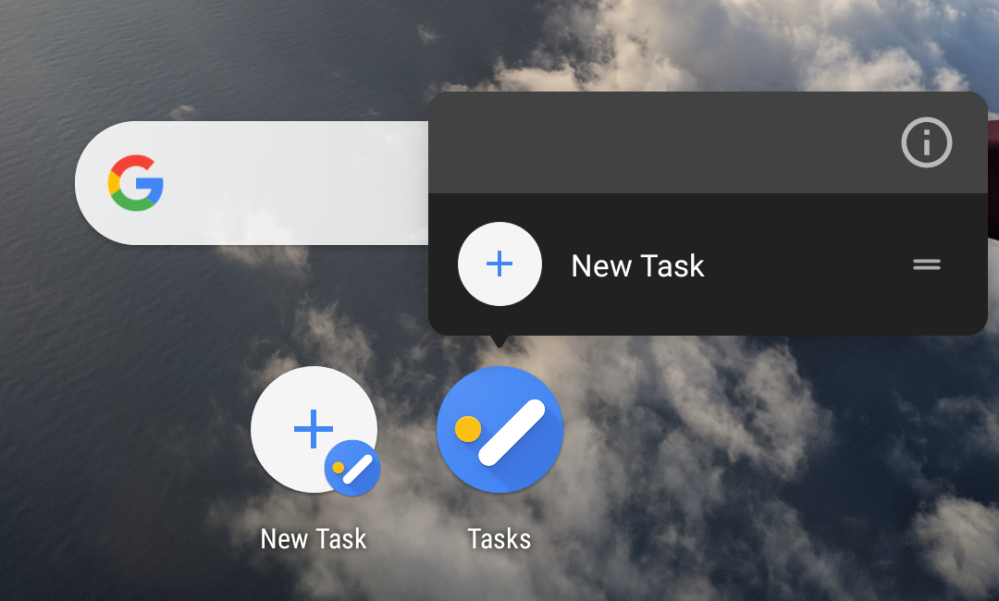 Instead of a wide FAB, Google Tasks 1.6 switches to a circular button in the bottom bar. “Add a new task” has been replaced by Google’s Material Theme ‘plus’ sign against a white background. However, the lack of blue reduces contrast to the point where the FAB visually merges with the bar below.

When tapping the bottom-left hamburger icon, the switcher now marks accounts with active Google One subscriptions. The standard ring in Google’s four colors of red, blue, green, and yellow encircles your profile image.

Google Tasks 1.6 with basic photo integration and app shortcut is rolling out now via the Play Store.