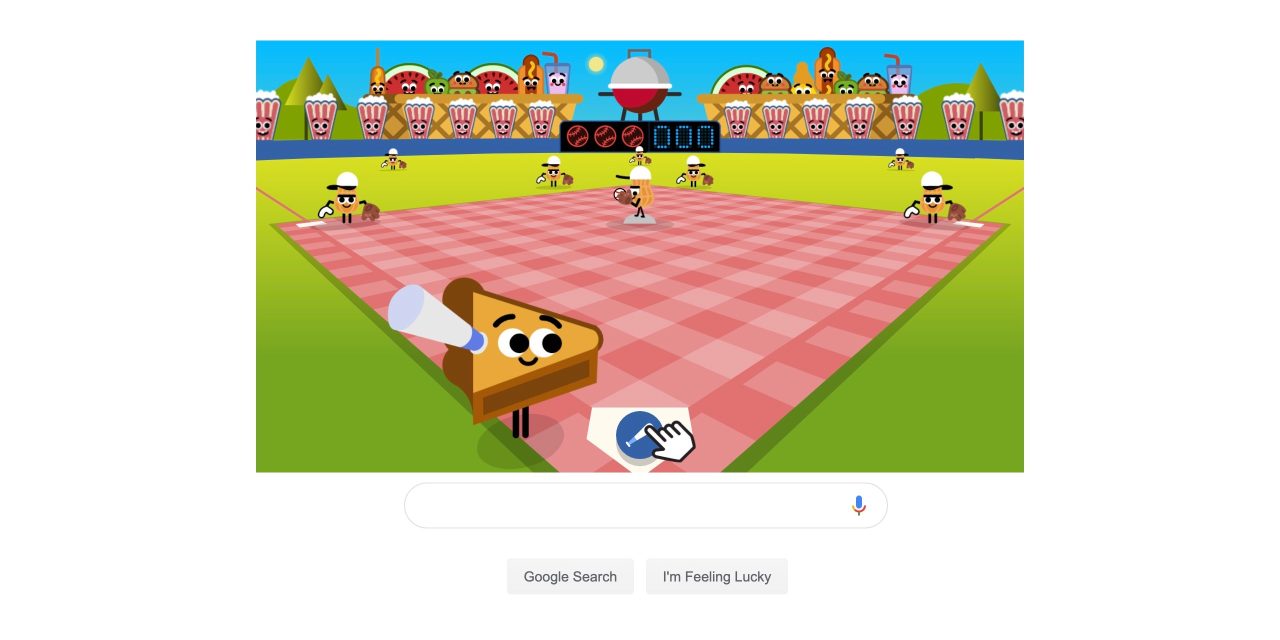 In addition to a fireworks Easter Egg in Search, Google has an interactive Doodle for Independence Day in the US. Available a day early, you can play a game of BBQ-themed baseball with surprisingly fun graphics.

Google’s Fourth of July Doodle went live at 12 a.m. ET on July 3, with the company logo in blue cursive letters and  a preview of some of the fun characters you can interact with. A pulsating “play” button in the bottom-right corner launches the interactive experience.

Today’s interactive Doodle celebrates US Independence Day with a backyard BBQ ball game—and classic American summertime snacks are stepping up to the plate for a chance to hit it out of the park!

It takes a second to load the Doodle, with three baseballs serving as progress indicators. You are then taken to a diamond with your team made up of various foods you’d find at July 4th celebrations. Meanwhile, the outfield consists of baseball peanuts.

This simple game features a single button to swing the bat, but it has to be timed right. Various hits are available with a distance stat overlaid in the case of home runs. The standard “three strikes and you’re out” rule applies. There is a 3D element to the graphics, especially during the zoom out after a hit.

Looks like H-Dog’s on a roll! Lettuce hope he can help his team ketchup! Will Power Pop hit a pop fly? Can Wild Slice slice one into left field? Could Cobbra bat as well as Ty Cob?

At the end, you’re presented with one of nine vintage baseball cards. The game is available on the desktop and mobile web, as well as the Google app, with the Pixel Launcher advertising it. On the two latter platforms, the Google Fourth of July Doodle is optimized for portrait orientation. 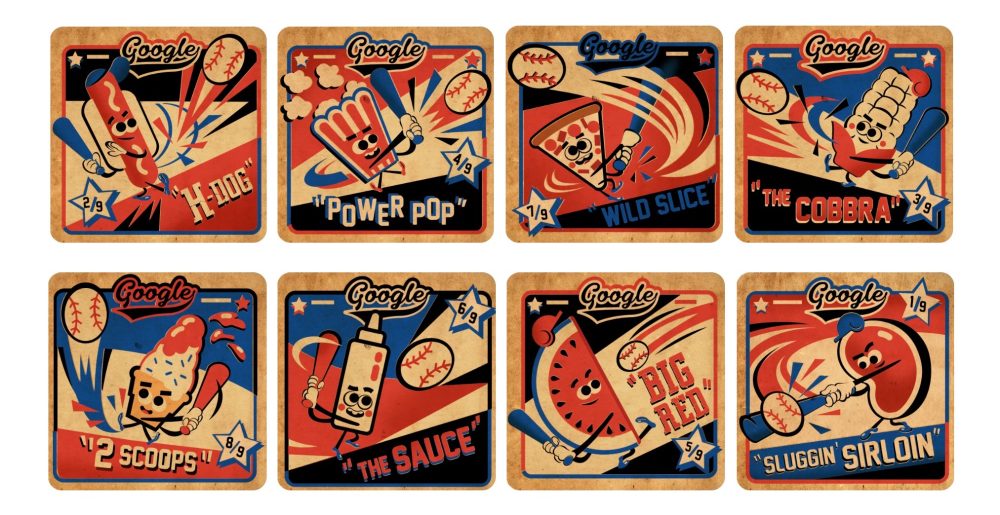