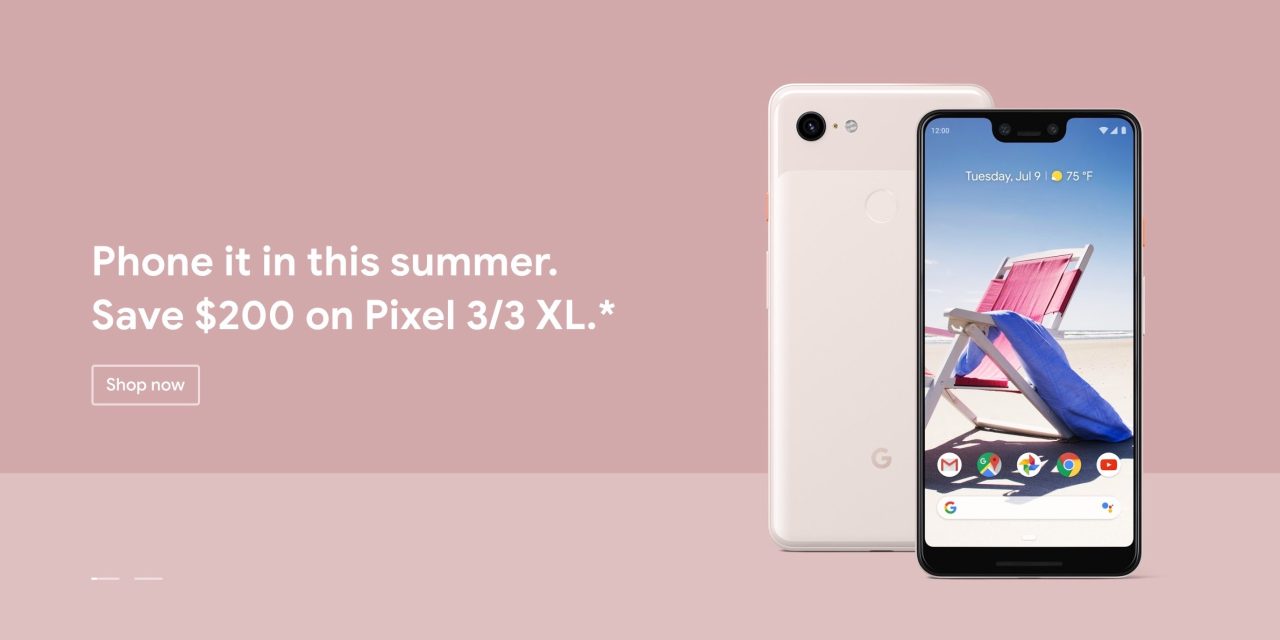 Over the weekend, the Google Store kicked off its summer sale on the Pixel 3 and smart home devices. The Made by Google flagship is currently available for $200 off, but some customers today received an email “glitch” promising a $300 discount.

To advertise the summer offers, a “New deals from Google” email was sent out this evening. The primary deal is a discount on the Pixel 3 and Pixel 3 XL.

While most were notified about the Pixel 3 starting at $599 until Saturday, other customers received emails about a deeper $300 discount for all models.

The $499 starting price is reflected in the terms and conditions of that message, but not on the Google Store. At issue appears to be a missing promo code that Google forgot to include with the original email:

Promotional code offer is provided by Google LLC for use on Google Store only, and subject to the following terms. Option A: Offer ends 07/31/2019

This has led to some understandable confusion around the Pixel 3 sale, with those that reached out to Google Store support being told that a “glitch” occurred. Google will likely honor the $300 discount that lasts until the end of July. Recipients of the extra $100 off offer will be contacted within the next 24-48 hours about redeeming this deal.

A chat with Google support resulted in them claiming it’s a “glitch”.

They wouldn’t honor it, nor would they say it wouldn’t be honored. Rather, they said I’d be contacted with an email response within 24-48 hours.

UPDATE: I contacted Google support and as another user said they’re calling it a glitch and said they will call me back tomorrow to let me know how they will resolve it.