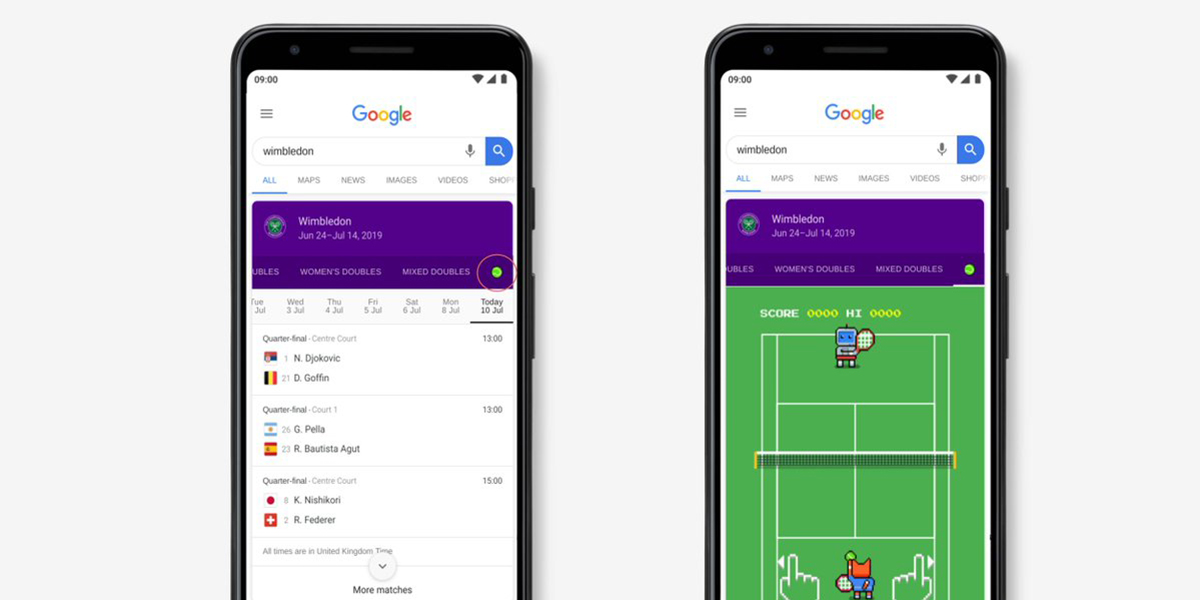 Wimbledon is not only just one of the most classically British events, but it’s also one of the biggest sporting events on the planet. Which is why Google has added a neat little 8-bit Wimbledon Easter egg game that you can play right now in Search.

Even if you’re not a massive fan of tennis, you really owe it to yourself to give this Wimbledon game a try. The tiny randomized characters whack the ball over the static net in a sort of portrait Pong-style clone that gives you points for the returns you make.  I have seen luchadores, cats, astronauts, dogs, and even an Android in full pixel art glory.

It’s as easy as swiping left or right on your mobile or pressing your right and left arrow keys on a laptop or desktop browser. The more returns you make, the faster and harder it gets. On desktop the controls are much easier and less “loose.”

The Wimbledon tournament finishes by July 14, so we don’t anticipate this neat little time killer to stay around for much longer afterwards, if at all. Originally shared by Google UK on Twitter (via Android Police), we wonder if many people are finding the game by chance?

To enjoy this little Google-made Wimbledon Easter egg, search for “Wimbledon” on Google, then swipe right on the results and fixtures section until you see a small pixel art tennis ball. Then select that and you’re good to go.

To be honest, as an Englishman, when I think of Wimbledon, I think of the infamous Crazy Gang and Vinnie Jones rather than tennis, but this is a quaint little 8-bit game that isn’t too difficult to blast a few minutes away. Let us know your high scores in the comments section below; the highest I’ve achieved so far is a pitiful 17.