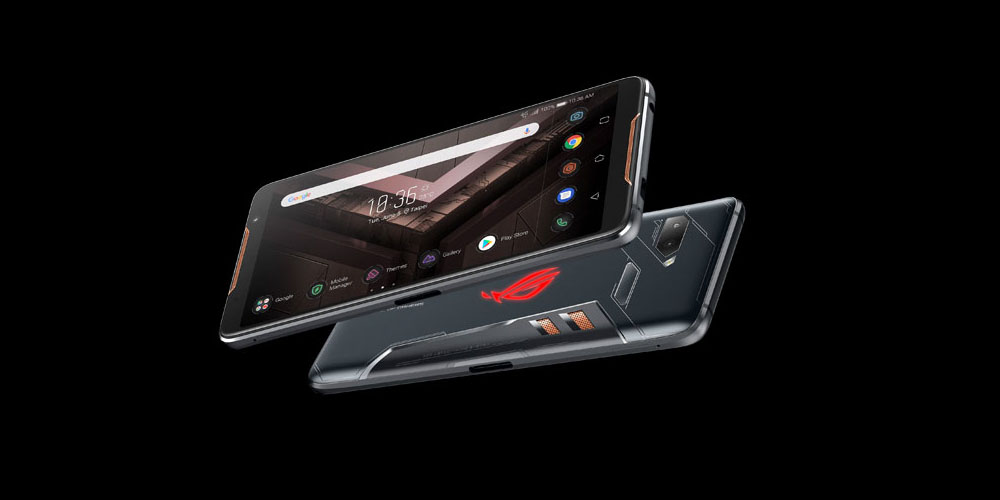 The Asus ROG Phone 2, after leaks and launch rumors, has now gone official and will no doubt provide one of the most spec-laden smartphone experiences of the year (via GSMArena).

Despite having a very similar design to the previous ROG Phone, the sequel ups the ante by adding some of the most powerful internals on a smartphone to date. The ROG Phone II relies on the recently announced Snapdragon 855+ chipset, comes with 12 GB of RAM, a massive 6,000 mAh battery and a 120 Hz FHD+ display. The battery is topped up by a 30 W charge brick.

At the rear, the dual-camera setup has the same sensors that you’d find on the Zenfone 6. That means a 48-megapixel main sensor and a 13-megapixel secondary sensor with a 125-degree, ultra-wide-angle lens. You lose the neat flip-up mechanism, but instead, the ROG Phone 2 has a 24-megapixel front-facing selfie camera.

The display is where this latest gaming smartphone will really shine, as the 6.59-inch 1080p OLED panel has that super-high 120 Hz refresh rate, support for 10-bit HDR, and an in-display fingerprint reader. Asus has stated that the touch sensor has a sampling rate of 240 Hz, with a touch latency of just 49ms, which is the lowest of any phone available.

Asus has added an advanced cooling system that includes a vapor chamber and side vents to help keep the ROG Phone 2 cool during extended gaming sessions. This also serves a dual purpose as it ensures that the overclocked Snapdragon 855+ chip doesn’t throttle at peak speed.

Another bonus is the ability to choose whether the ROG Phone 2 runs stock Android or Asus’ own ROG UI during the initial device setup process. Both options come in the Android Pie flavor, though we’re unsure if and when the ROG Phone 2 will get an Android Q update.

As for the design itself, it retains much of the design we had already seen on the original ROG Phone. You’ll notice no notch, with some side bezels really helping you get a grip of the device in landscape without covering important onscreen controls and UI elements. The bezels also house dual front-firing stereo speakers.

There will be a suite of add-on gaming accessories to up the power on offer here, too. Updated versions of the TwinView dock and AeroActive Cooler fan will be available, with a new clip-on gamepad called the Kunai very much resembling the Nintendo Switch joy-cons.

Pricing is not yet known, but we expect the Asus ROG Phone 2 to start near to the original. We would expect it to extend near to the $899 mark.