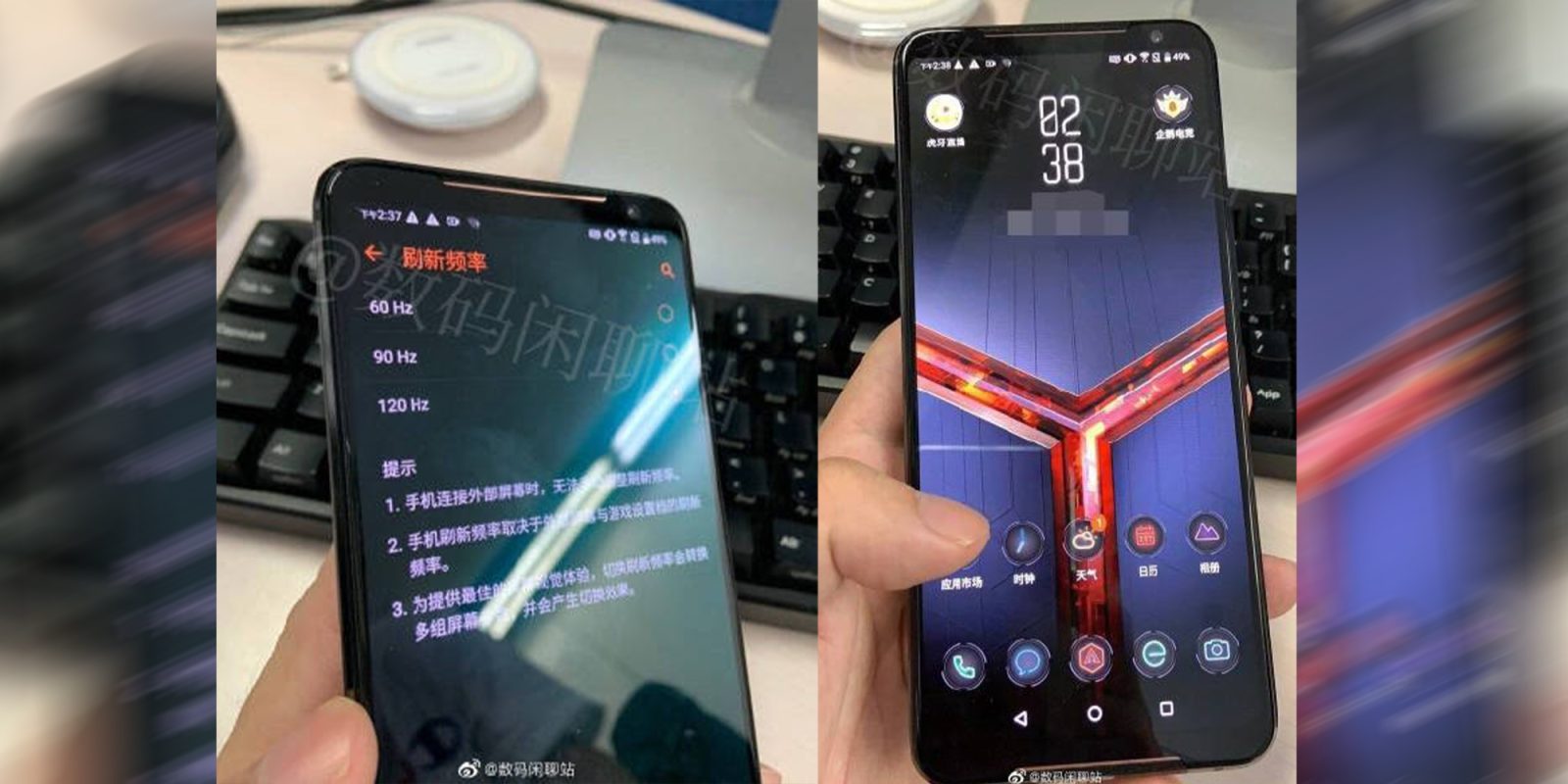 We’re still unsure gaming phones will have a long future given that many of the big players have dropped out of the market. That said, for avid mobile gamers, the Asus ROG Phone 2 might be just the ticket after hands-on photos have leaked showcasing the device on Chinese networking site Weibo (via IndiaShopps).

The upcoming device is set to be launched on July 23 and these leaks give a good look at what seems to be a series of iterative updates to the hardware. The ROG Phone 2 will come with a 120Hz display, quite the upgrade over the 90Hz AMOLED panel found on the original ROG Phone.

We don’t yet know the resolution of the display, but we would expect it to come with at least the same resolution as the original model. It does look as though you can adjust the refresh rate between 60Hz, 90Hz, and 120Hz should you wish.

In these images, you can also see that the ROG Phone 2 is set to include a forehead and chin, which will house front-firing stereo speakers — arguably for better audio when gaming.

Gaming fans will no doubt be happy, as often the bezel-less design of modern flagships does mean getting a good grip of the edges of a phone can be difficult without obscuring on-screen controls. You can also see the upper-right selfie camera — not housed within a notch.

While the leaks have not confirmed the device’s processor, we do believe that the Asus ROG Phone 2 will be the first smartphone to come with the recently announced Snapdragon 855+ chipset. Providing a 4.2% boost in CPU performance and a much more important 15% improvement in GPU performance, the ROG Phone 2 will no doubt be a gaming beast.

With the launch coming July 23, we don’t have much longer to wait to see the ROG Phone sequel in the flesh. Pricing and availability are still unknown.