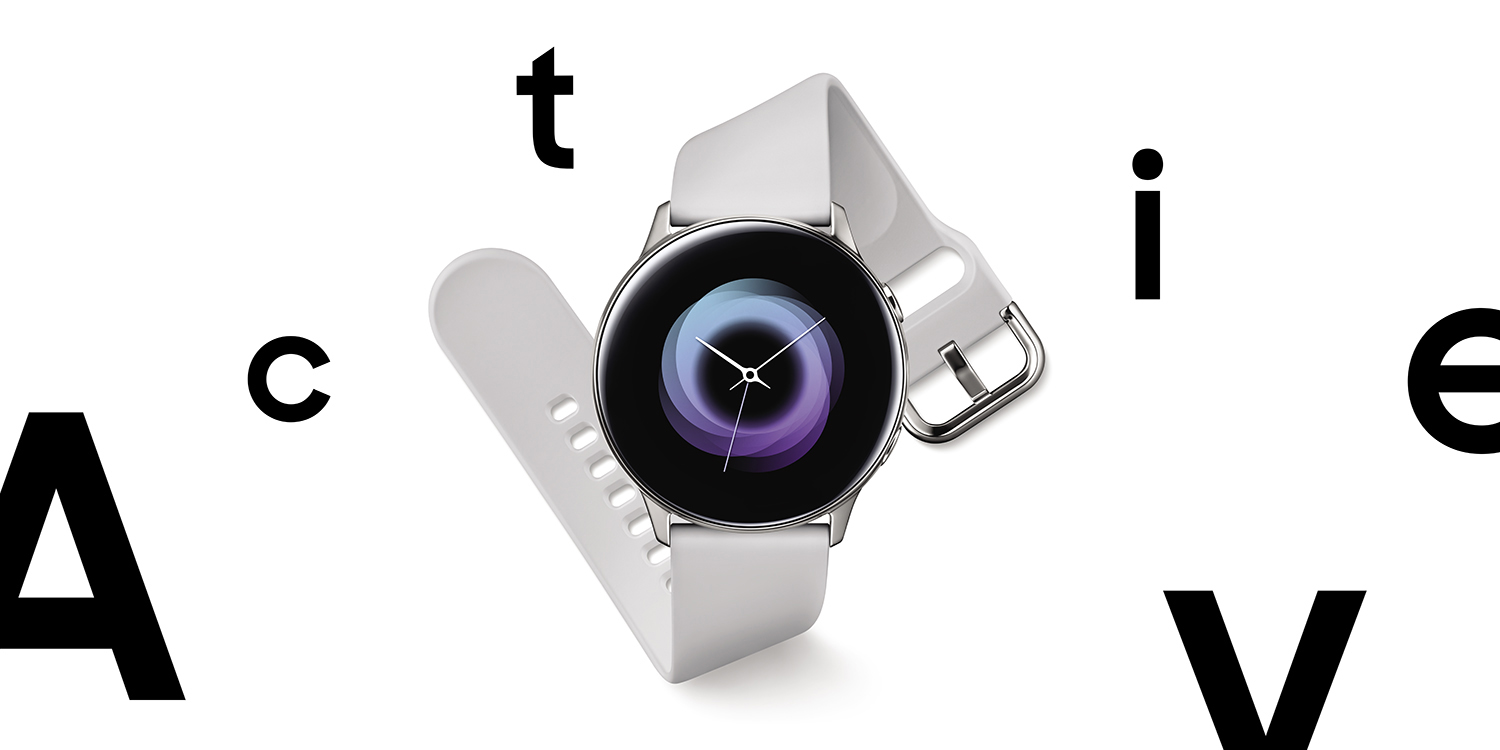 Samsung detailed this new update in a press release with several new features being the first point. One of the new updates here is an upgrade for Bixby, Samsung’s voice assistant. The company explains that Watch Active owners can now “harness Bixby’s comprehensive intelligence” by using it to start excercise routines, interact with apps such as Spotify, adjust system settings, and more.

Further, Samsung has also adjusted the app drawer to work better with the Watch Active’s touchscreen. Instead of rotating the list of apps to access a new page, a swipe will go between pages. This is definitely a meaningful update since the Watch Active doesn’t have the rotating bezel of the Galaxy Watch and Gear S watches. Samsung has also added a new “Goodnight” mode to the Galaxy Watch Active with this update which changes the UI to just a simple digital watchface during the evening hours.

Beyond that, Samsung has also made some upgrades in the health and fitness department. These updates include automatic swim tracking, a redesign of the Breathe Guide, and a new ability to be notified when the user’s heart rate dips below a set value.