Review: The Samsung Galaxy Watch is the Android smartwatch king of the hill – for now 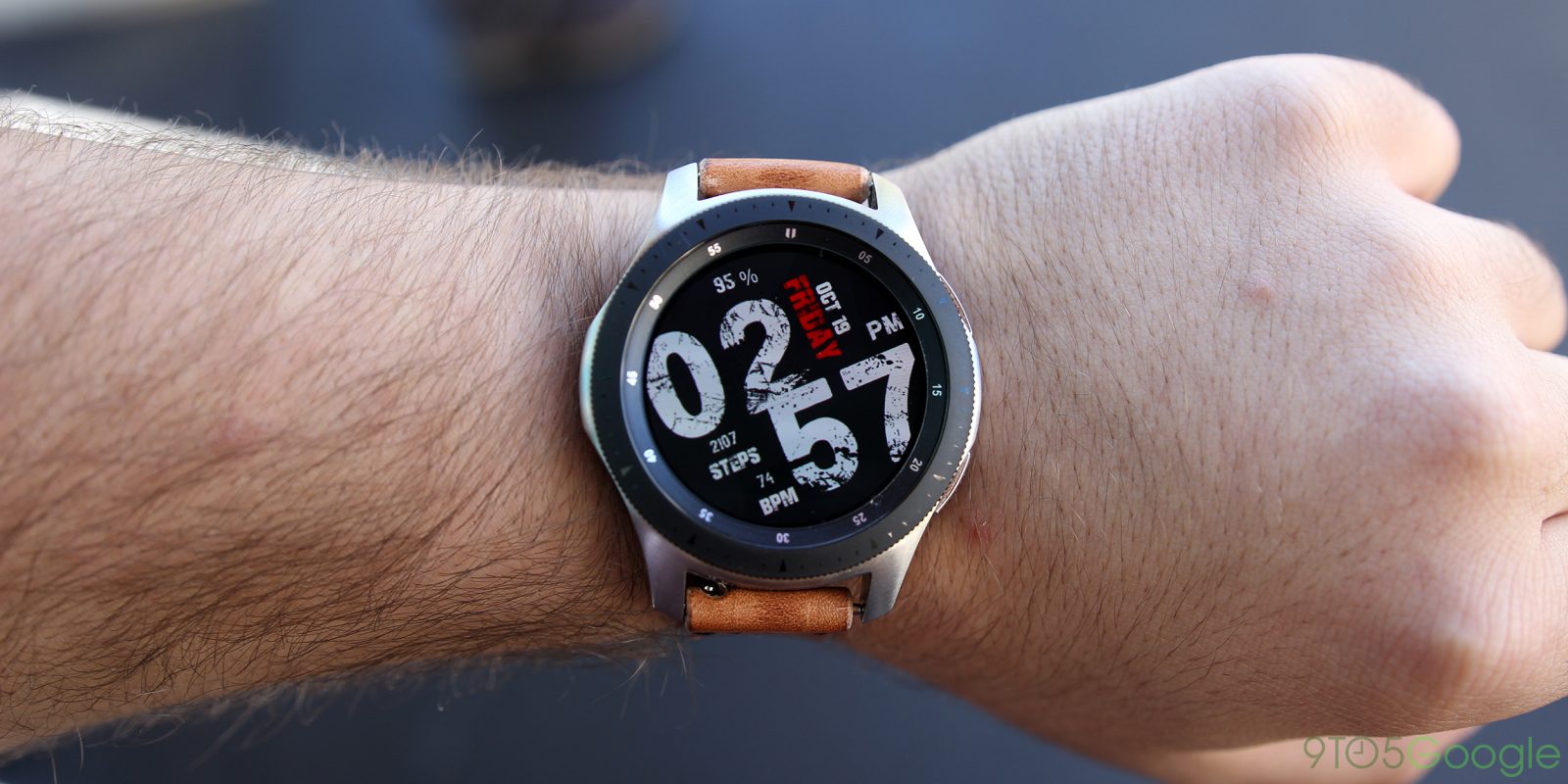 Samsung’s Gear lineup of Tizen smartwatches has impressed me since the Gear S2 first made its debut, and the Gear S3 Frontier sat on my wrist for well over a year after its debut. Now, Samsung has thrown out that branding with the new Galaxy Watch, but also reinvigorated that same hardware with one killer feature. Should you buy it? Spoiler alert, yes you should – here’s why.

The Galaxy Watch continues a trend of killer smartwatch hardware |

Above all else, Samsung’s hardware has been one of its most impressive features on wearables. The Gear S2, S3, and even Gear Sport are all good-looking watches that pack a ton of technology inside, and the Galaxy Watch is no exception.

The Galaxy Watch comes in two sizes, 46mm and 42mm. While neither of those is particularly tiny, it’s great to see Samsung at least trying to cater to those with smaller wrists. Personally, I spent my review period with the larger 46mm model, and I’ve been impressed with this hardware.

For one, the rotating bezel just never gets old. This ingenious method of input on your wrist works great, is super tactile, and feels natural to use just minutes after you strap it on.

What I did especially enjoy on the Galaxy Watch is how Samsung styled the larger variant. Rather than giving us a boring single color, the silver 46mm Galaxy Watch has a two-tone design with black on the bezel and buttons, and a polished stainless steel for the rest. I think it’s gorgeous, and it goes great regardless of the band I’m using. I spent quite a bit of time on Samsung’s standard silicone band, which is good, but ended up later swapping over to a custom leather band that I think really suits the design of the watch. 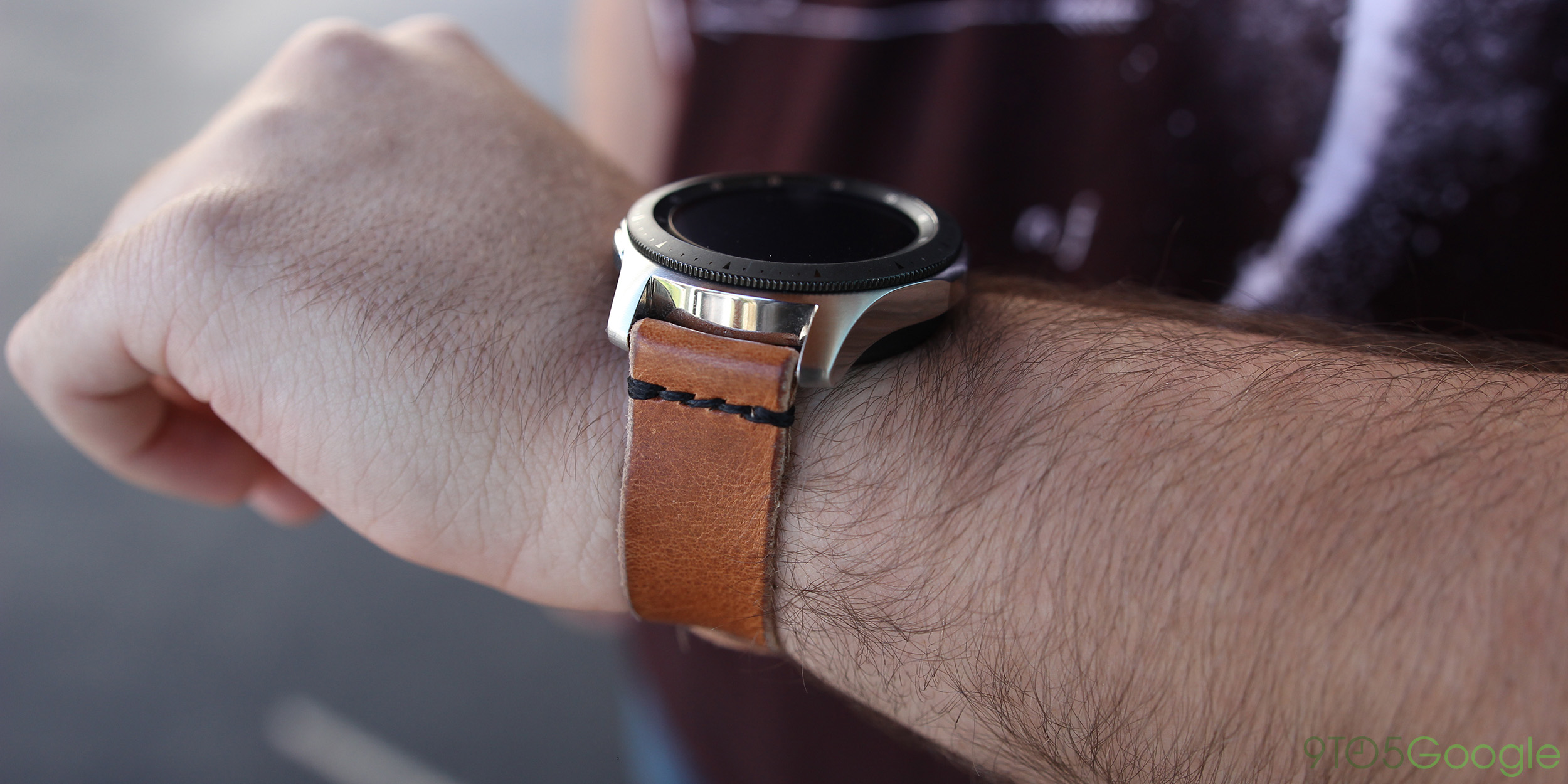 As far as the rest of the hardware goes, the Galaxy Watch is 5ATM water resistant just like the Gear Sport which means it will have no issue taking a dunk in the pool with you. It also charges wirelessly (but still doesn’t work with any charger), has a heart rate sensor, and also has a speaker built-in for calls and/or music apps. Samsung’s display on either model is an OLED panel, and thanks in part to DX+ glass, I’ve had no trouble viewing this outdoors even in bright sunlight.

Samsung understands how a smartwatch should work |

One of the core aspects of a smartwatch is its software, and Samsung’s software, at least if you ask me, is the king of the hill at the moment. Sure, Tizen has some glaring problems, but the end product is something works ridiculously well for the user.

The first thing you’ll interact with on the Galaxy Watch is the watchface, and there are plenty of options here. Samsung offers several built-in watchfaces that include both analog and digital. I personally love that Samsung also takes advantage of the built-in speaker with a “ticking” sound when you use certain analog watchfaces. 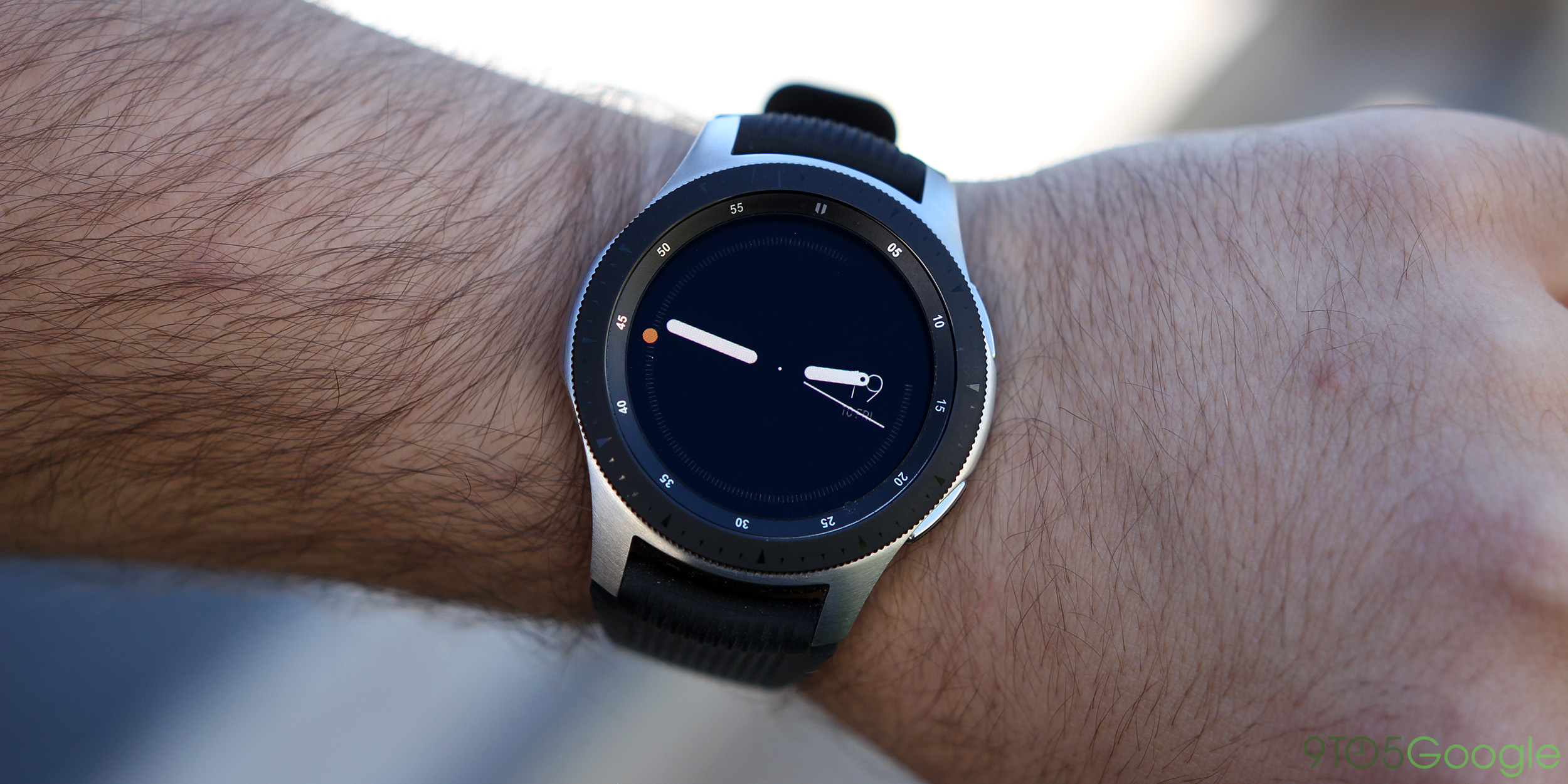 The new “My Day” face is super clean, but it can easily show you upcoming appointments through the day at a glance. Other watchfaces have customizable complications which can show things like other time zones, health information, your step count, and more. Of course, there are also tons of third-party watchfaces that do a great job with this as well, and you can switch between them on the fly by long-pressing the watchface and selecting a new one.

Scrolling the bezel to the left, you’ll pull up your notifications. For me, this has been one of my favorite parts of a Samsung watch for a long time now. Notifications are organized chronologically, provide plenty of info at a glance, and can even be acted on with a couple of taps. 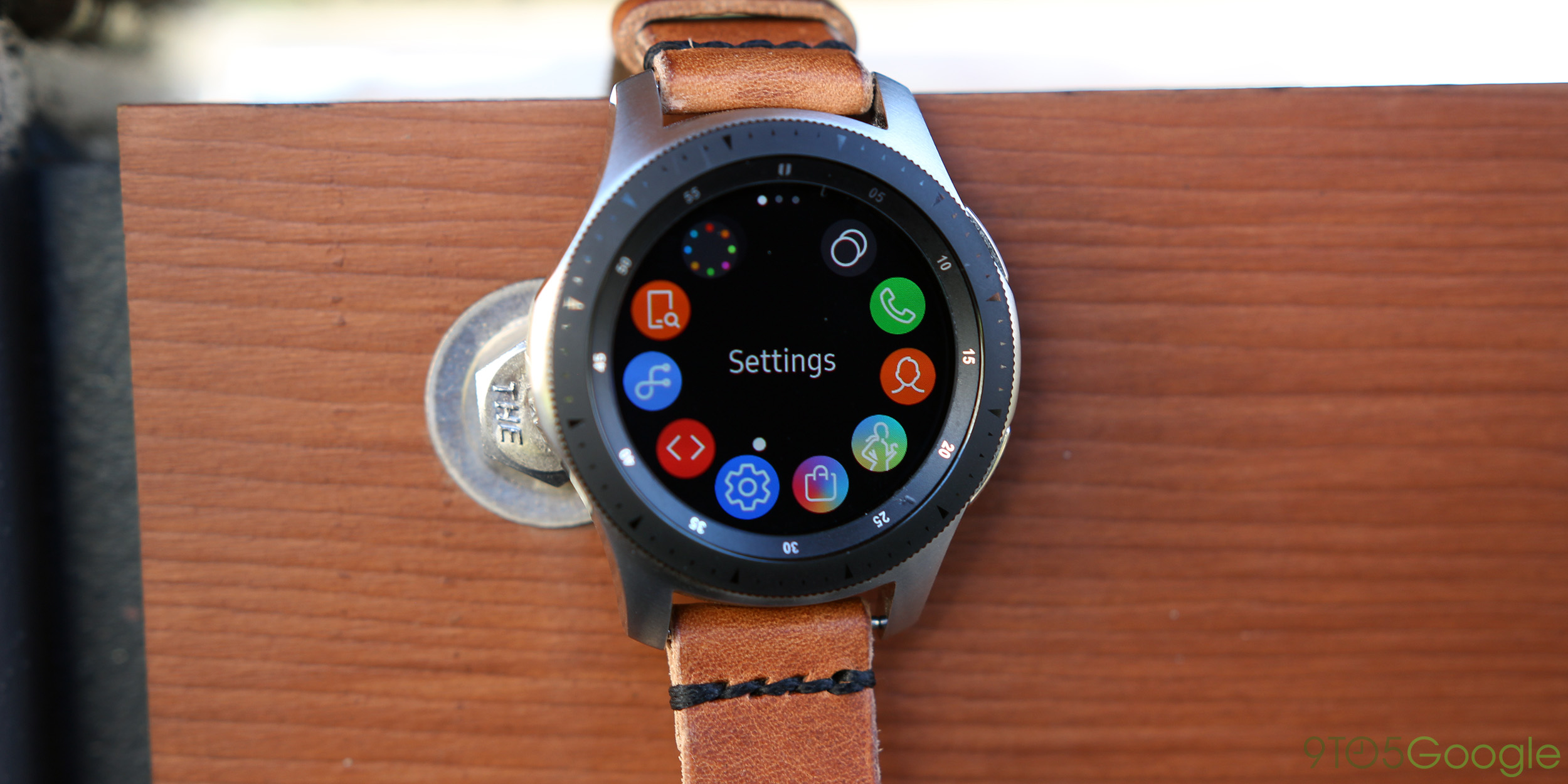 On the other hand, scrolling to the right will reveal a collection of customizable widgets. These can include anything from health data to your calendar and it’s fully customizable to your needs. For me, the first two pages are health and weather, and they both provide me with handy info throughout the day which I don’t have to think about to get. I simply look at my watch, slide over, and I’ve got the info I need. Samsung’s software is incredibly simple in this way, and it’s a huge part of the reason I enjoy it as much as I do.

Further, Samsung has improved the health features on the Galaxy Watch. It can, as usual, track your heart rate, steps, calories burned, and even water/caffeine intake, but better yet Samsung has added better sleep and stress tracking. I didn’t find too much use for this in my personal daily routine, though.

Apps are still a bit of a sore point for Tizen if you ask me. With third-party apps, there are some really good ones like Spotify which supports offline downloads and local playback. However, there’s a much wider selection on Wear OS and especially the Apple Watch.

Watchfaces are also a bit harder to find compared to the selection you’ll find on Wear OS, but there are still plenty of options, as well as options like Facer which allow you to create your own. Better yet, Samsung’s own software is just getting better, so apps are becoming less and less needed.

From my point of view, Samsung understands not just what features people want on their watch, but how those features should work. Tizen may not be for everyone in terms of looks, but when it comes to how it functions, I’d argue there’s almost nothing better – at the very least, nothing better that connects to an Android phone. 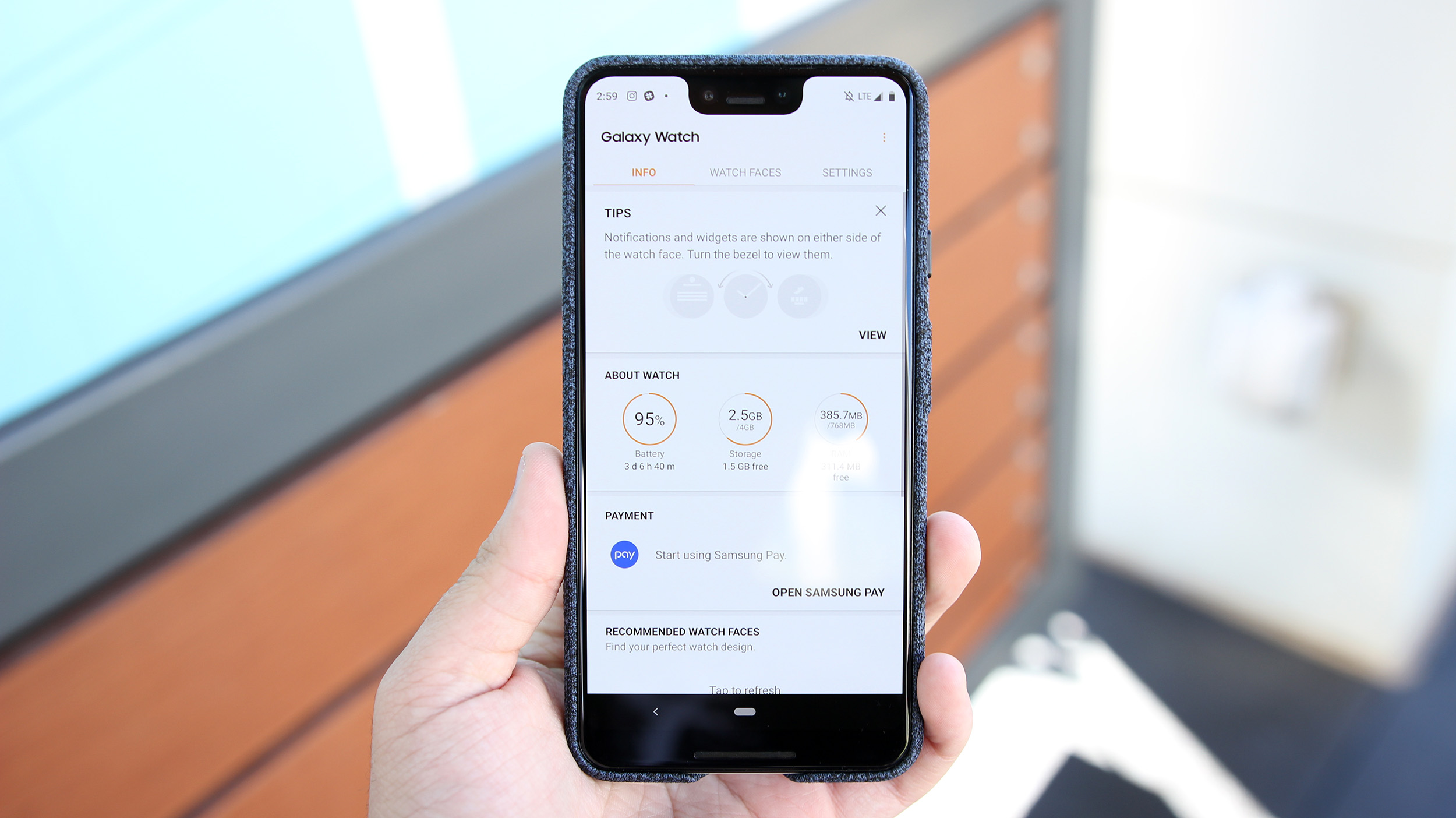 Where the Galaxy Watch truly shines is in the battery life. It’s phenomenal considering what we’re looking at here. A smartwatch with a full-color display, proper apps, and health features simply shouldn’t last more than a couple of days. Apple impressed by delivering around 2-3 days on a charge. A typical Wear OS watch, on the other hand, is lucky to last all the way through a long day.

For those reasons, we were all skeptical when Samsung announced that the Galaxy Watch could last a whopping 6 days on a charge. Well, I’m happy to report that Samsung was right, though not without conditions.

On my first full charge with the 46mm Galaxy Watch, I lasted about 4.5 days of full usage, something that I expected giving extra testing and a system update in the mix. On round two, though, I managed to get 5.5 days of use before tossing it on the charging dock. That’s not quite up to Samsung’s claim, but it’s pretty darn close. 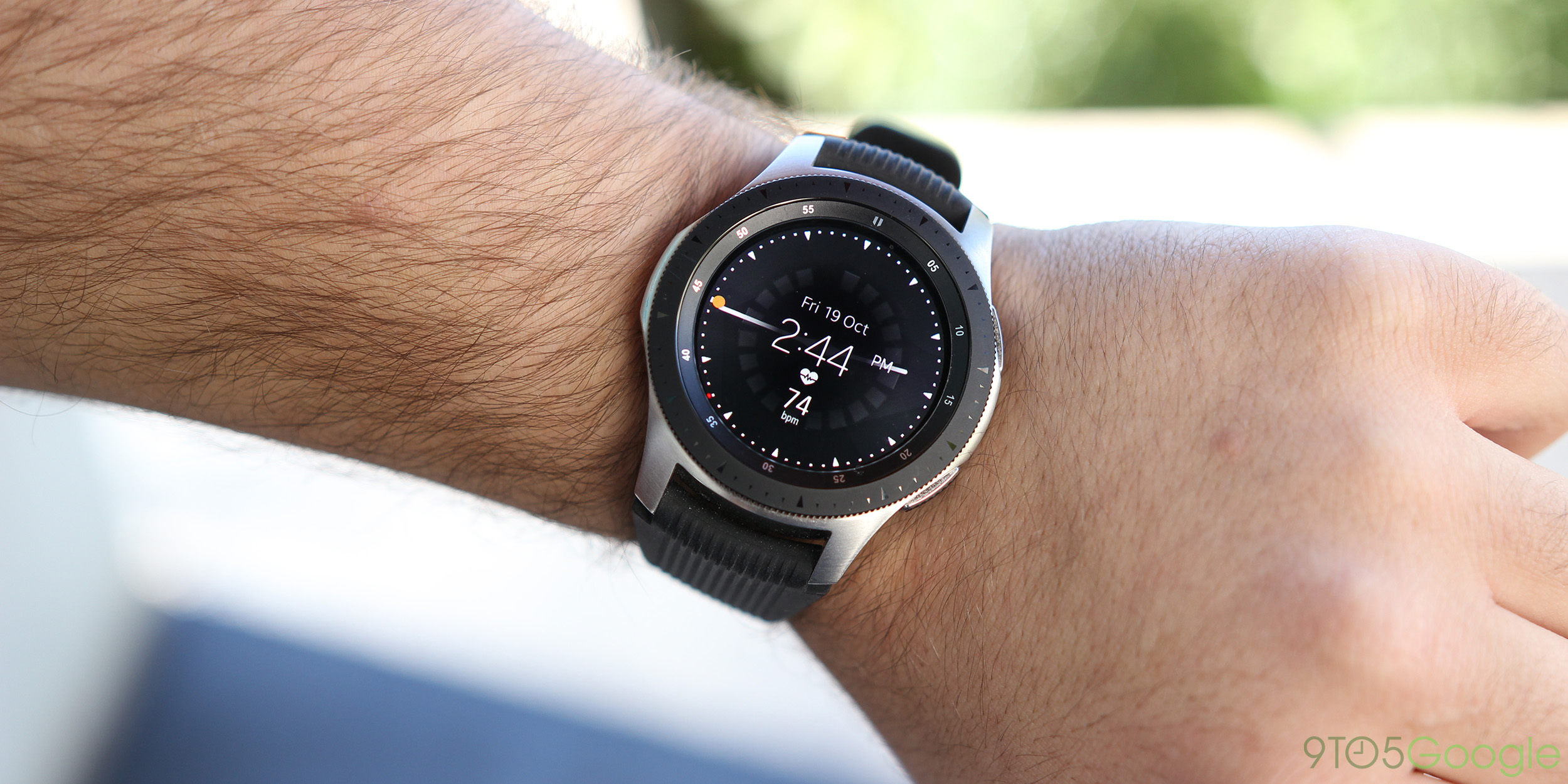 One thing I did note on another cycle, though, is that third-party watchfaces have a massive effect on results. Without changing anything but my watchface, I had one charge last just barely 3 days. Another important thing to note is that turning on the always-on watchface will absolutely destroy your battery life.

Through continued use over the past several weeks, I’ve noted results that are just as good. The Galaxy Watch consistently gives me around 4 days on a charge depending on my usage, with some cycles lasting as long as 5.5 days.

Really, this just blows everything else out of the water. Even though the 42mm Galaxy Watch only lasts 4 days, these numbers are still impressive. This is a watch that, without changing anything, you can actually take away for a weekend. It can safely make it through a day on as little as 15-20% of its battery, and that’s before any power-saving modes are flipped on. It’s truly impressive, and on its own a reason to buy this watch.

As an Android user, there are a ton of options out there for a smartwatch. Wear OS is overflowing with hardware, there are offerings from Fitbit and more as well. However, Samsung’s Tizen has been one of the best options, and with the release of the Galaxy Watch, I think the title is all locked up – at least for now. 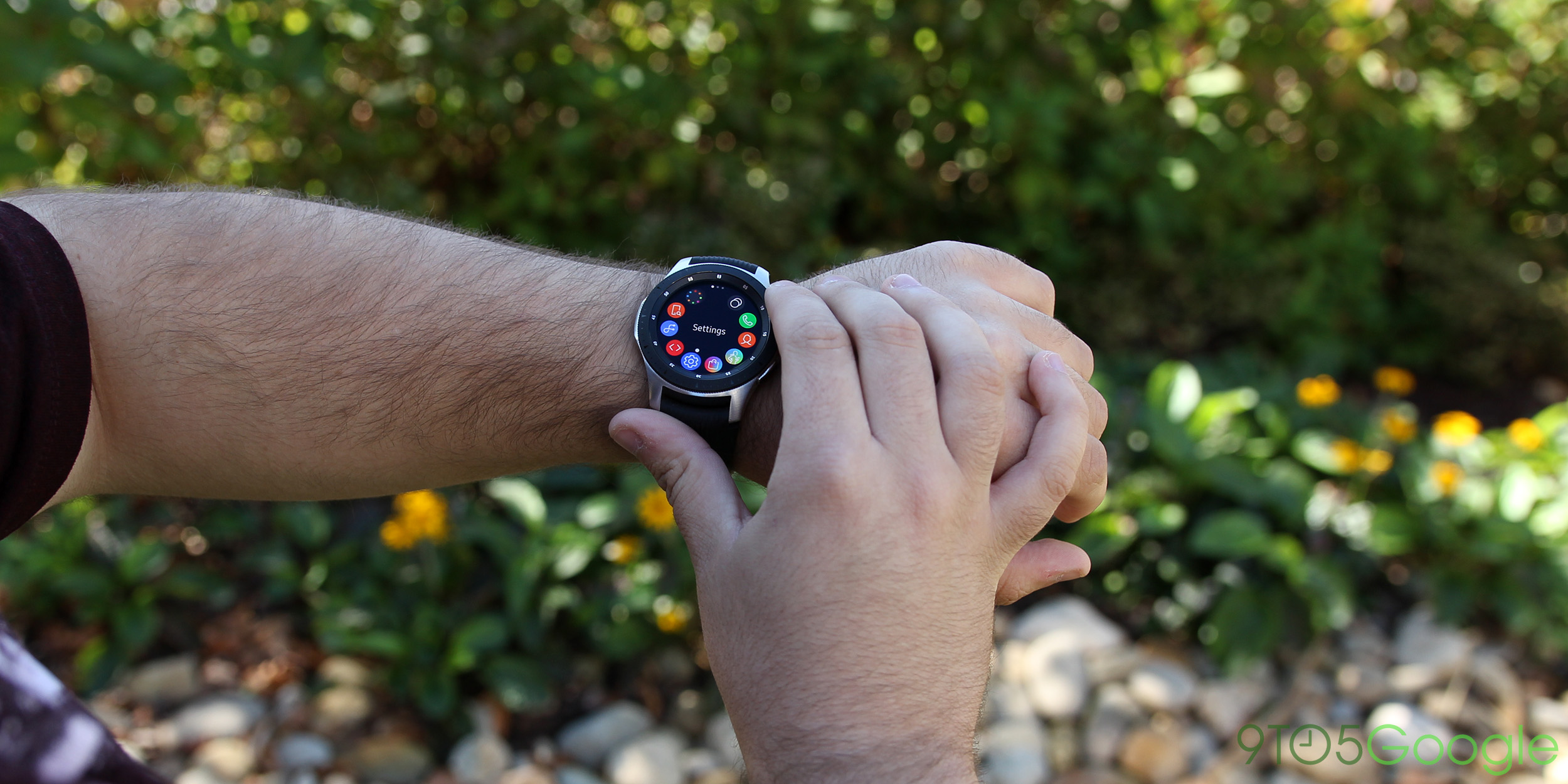 Google just gave Wear OS a fresh, promising coat of paint, new hardware is on the way, and Qualcomm’s new chipset makes some major improvements. The future looks bright for Android smartwatches, and Samsung, for the time being, is the king of the hill that everyone else is going to have to try to beat.

At least, it is on the Android side of things. Sadly, there’s still nothing quite as good as the Apple Watch.