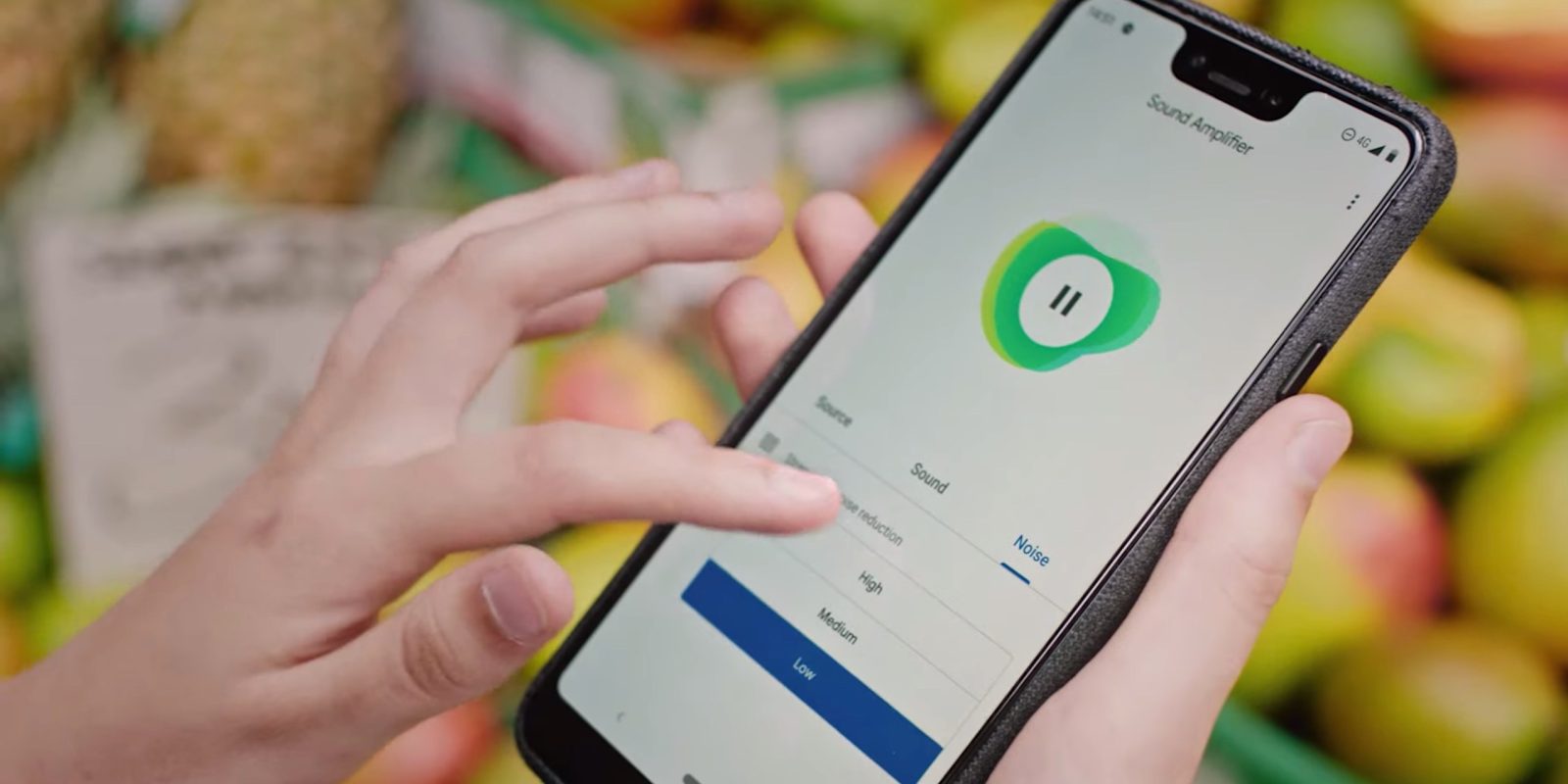 Earlier this year, Google launched Sound Amplifier to help Android users hard of hearing better understand what’s happening around them. This Android Accessibility app now works with 6.0 Marshmallow or later, and is getting a redesigned look with an audio visualization feature.

Launched in February alongside Live Transcribe, Sound Amplifier is no longer limited to Android 9 Pie. The app is now compatible with significantly more devices by requiring Android 6.0 Marshmallow, which was released in October 2015 versus August 2018, and above.

Here’s how it works: When you plug in your headphones and use Sound Amplifier, you can customize frequencies to augment important sound, like the voices of the people you are with, and filter out background noise. It can help you hear conversations in noisy restaurants more clearly, amplify the sound coming from TV at personalized frequency levels without bothering others, or boost the voices of presenters at a lecture.

The app also has a new “look and feel” thanks to a homepage that can be launched directly from a launcher icon rather than being buried deep within system Accessibility settings. 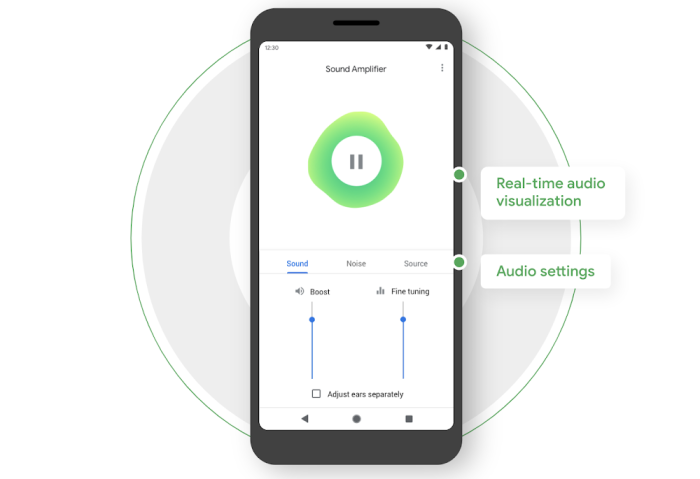 The top of the screen houses a new real-time audio visualization feature that pulsates when sound is detected. It also shows and reflects the various sound adjustments you’re making to the headphone output.

Meanwhile, Sound Amplifier now makes use of tabs for Sound, Noise, and Source at the bottom of the homepage. Controls for “Boost” and “Fine tuning” are better spaced out and no longer part of a vertical list featuring various sliders and checkboxes.

Google is rolling out the Sound Amplifier redesign via the Play Store starting today.