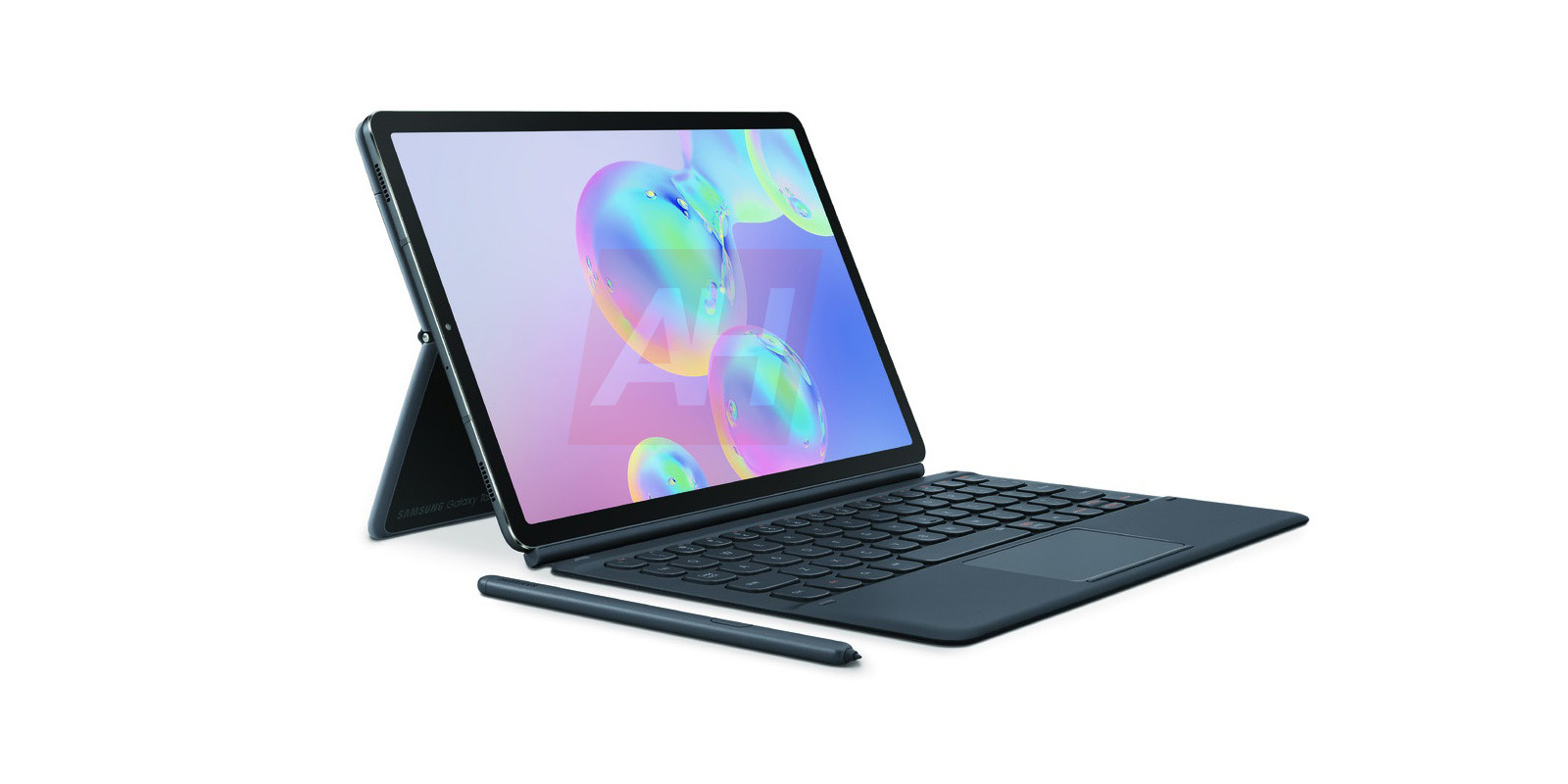 Samsung is one of the few brands still seeing some success with Android tablets, and the Galaxy Tab S6 is set to make its debut in the near future. Today, a new set of images has hit the web showing off the Galaxy Tab S6 with its stylus, a keyboard accessory, and the three different color variants.

The Galaxy Tab S6 has leaked a couple of times recently, most notably with a small collection of hands-on images. Those images first revealed the dual-cameras and stylus docking area which are once again shown off in these official-looking renders which were obtained by Android Headlines.

With these images, we can see exactly how the S-Pen stylus will attach to the back of the tablet, and clearly, it’s not going to sit flush with the rest of the back. That’s certainly a shame for using the tablet on a table or desk. It’s also obvious from these renders that there will be no headphone jack, but there will be quad-speakers “Tuned by AKG.” 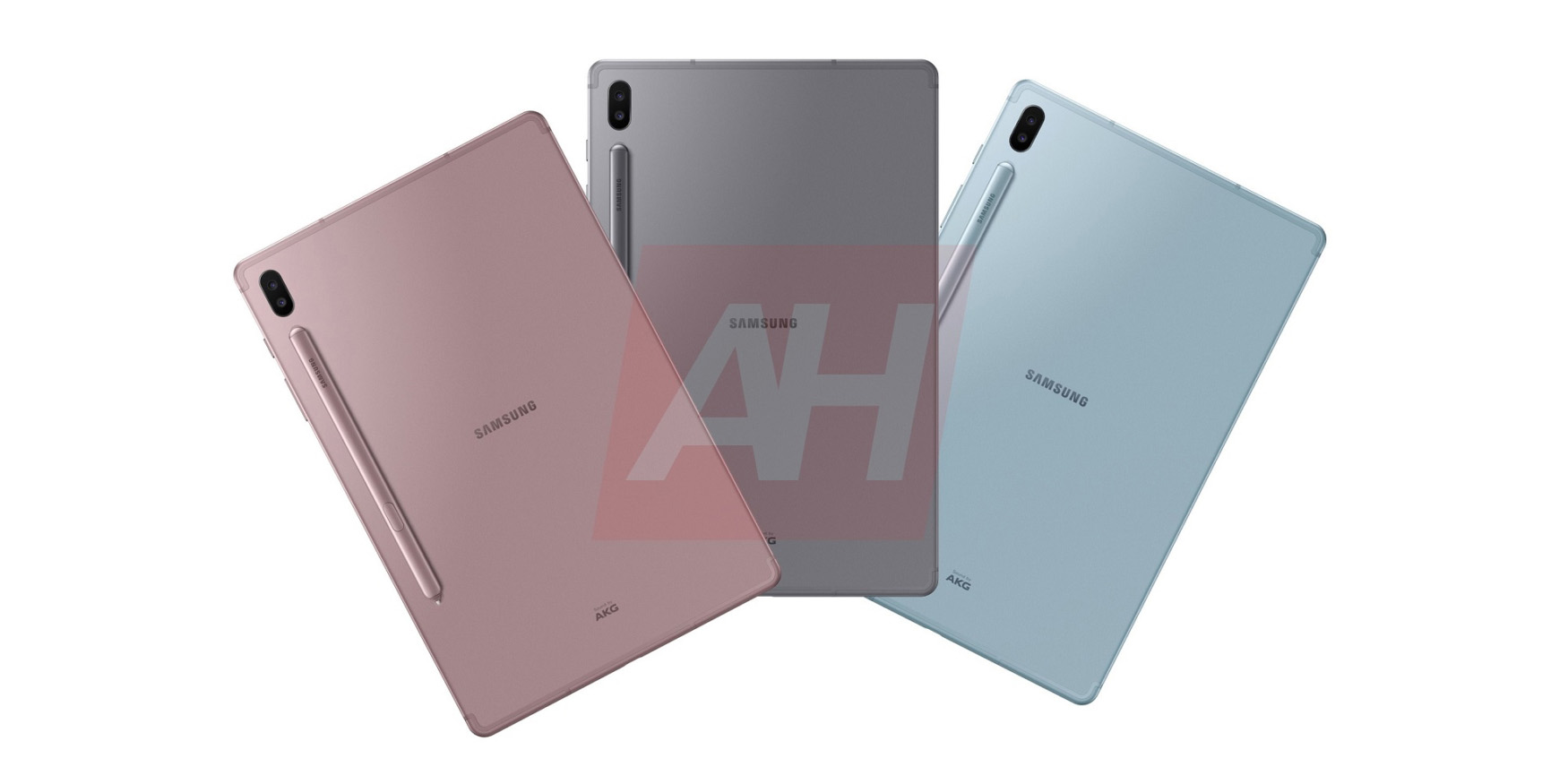 There are also POGO pins along one side of the device which will be used with an official keyboard accessory for the Galaxy Tab S6. This new keyboard appears to have a built-in trackpad, as well as an adjustable hinge which should offer several viewing angles.

Apparently, the Galaxy Tab S6 will be available in blue, gray, and rose gold colorways, although it’s unclear if the keyboard will do the same. This latest leak also mentions that the tablet should be announced alongside the Note 10 next month.

Update 7/29: More renders of the Samsung Galaxy Tab S6 have leaked in the past few days. Ishan Agarwal shared images of all three variants with the Galaxy Tab S6 logo on the screen. These images also show us how far the stylus will stick out when it is docked on the back of the tablet. Further, a report from Agarwal and MySmartPrice further confirms some specs of the Tab S6 including the 7,040mAh battery size, a 420g weight, and further confirming the 10.5-inch display. Finally, the 13MP f/1.9 and 5MP rear cameras are mentioned.