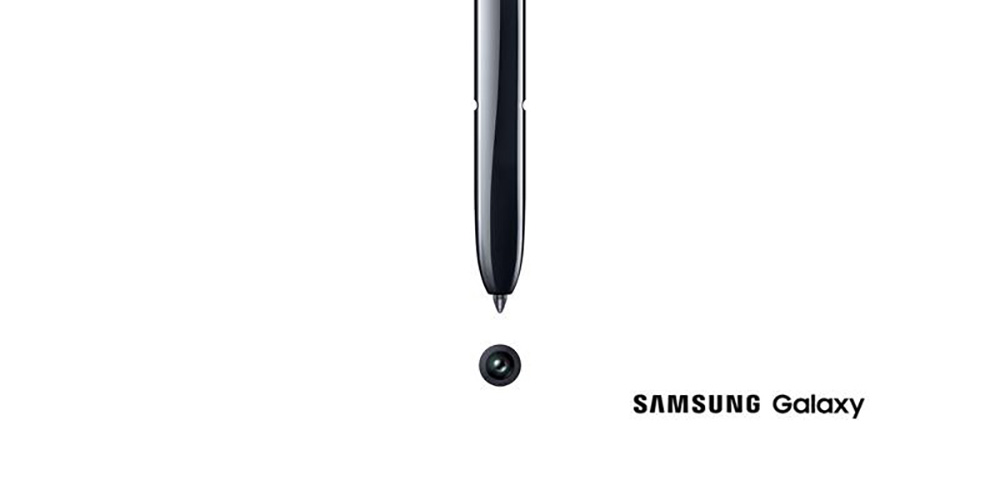 Over the past several weeks, leaks of the Samsung Galaxy Note 10 have been hitting the web. This evening, Samsung has confirmed that it will be hosting an event on August 7th to launch the Note 10, as well as something related to the S-Pen and a camera too.

An invitation sent to the press this evening by Samsung confirms that a launch event will be held on August 7th, 2019 at the Barclays Center in Brooklyn, New York. This is the same place the Note 9 was launched in 2018.

Unfortunately, the teaser image doesn’t reveal all that much. There’s the phone’s signature S-Pen in black, as well as a centered camera directly underneath it. The first thing this brought to mind for me is a camera built into the S-Pen, as we’ve seen hinted at in the past.

However, this could also be (and is more likely) teasing the hole-punch camera in the display. Based on recent renders and hands-on leaks, it’s all but confirmed that the Note 10 will feature a hole-punch in the center of the display as opposed to the right-hand location on the Galaxy S10 family.

Of course, nothing is fully confirmed until Samsung’s official launch event for the Note 10. Undoubtedly, we’ll see more leaks in the time leading up to August 7th, so stay tuned for more here at 9to5Google. The event will be live-streamed on Samsung’s website.