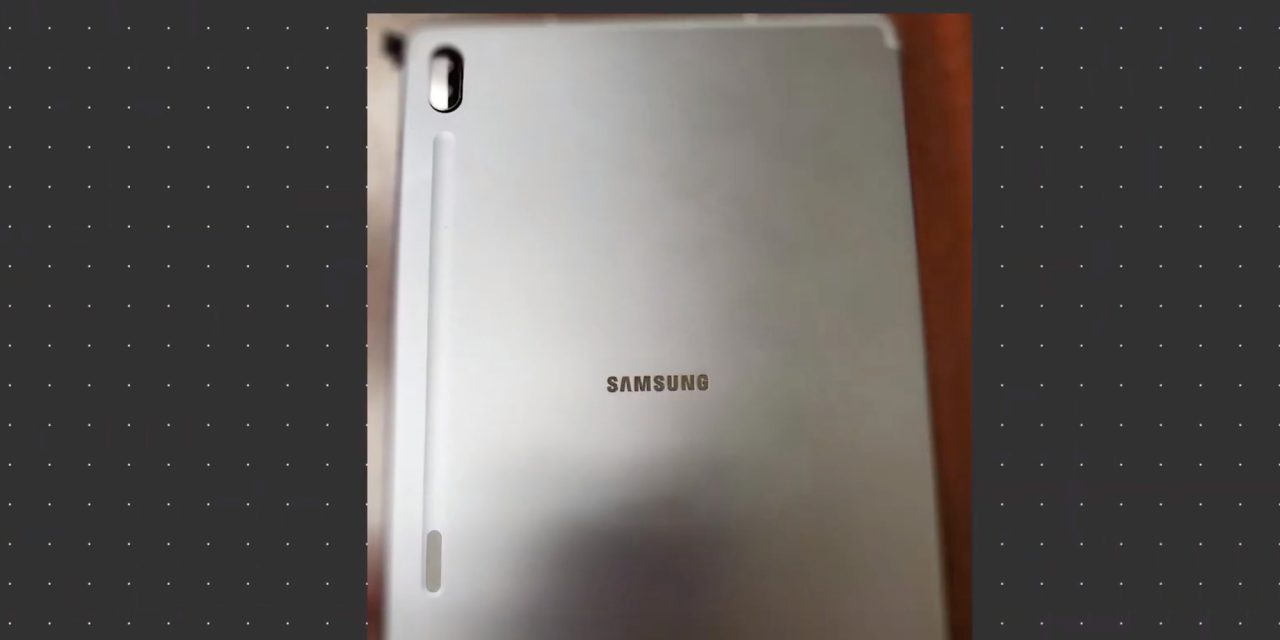 Android tablets are basically dead, and Google isn’t having much success with Chrome OS tablets, either. However, Samsung has been working on the niche market with some solid hardware recently, and today, its latest option, the Galaxy Tab S6, has been leaked.

According to today’s leak, the Galaxy Tab S6 is going to feature a design that’s more akin to the S5e versus the previous Tab S4 with a taller aspect ratio and an all-metal build. However, this new model will apparently sport two cameras on the rear. This is something we’ve barely seen on tablets in general, to include Apple’s high-end iPads. It’s unclear what Samsung is using the second lens for, but if its phones are any indication, an ultra-wide lens is the most likely option.

Update 7/10: In a further leak, 91Mobiles claims that the Galaxy Tab S6 will also be one of the first tablets with an in-display fingerprint sensor. Part of the reason we rarely see this feature on tablets is that most use an LCD display panel, but since Samsung uses OLED, it’s technically possible. Given that Samsung is going all-in on this technology in its flagship smartphones, it makes sense to deliver on a tablet. This latest report also chimes in secondary confirmation of the Snapdragon 855 being used.

Another thing that’s clear from the leak is that the Galaxy Tab S6 will feature some sort of magnetic mounting for the stylus. SamMobile says that the stylus will be Bluetooth-enabled like on the Galaxy Note 9 and will wirelessly charge when it is attached to the tablet. The rear position of the magnetic mount, though, seems clunky if you want to put the tablet down on a table.

Beyond what’s seen in the leaked photos, it’s expected that the Galaxy Tab S6 will feature a high-end spec list including 6 GB of RAM, 128 GB of storage at minimum, a Snapdragon 855 chip, Android Pie, and a 10.5-inch display. It’s unclear when the Tab S6 will make its debut, but Samsung’s imminent launch of the Note 10 on August 7 seems as good a time as any.