[Update: Gallery] Google Chrome’s dark mode for the web is coming to desktop and Chrome OS

With Android Q, Google has been affirming that dark mode is important to them on mobile, even allowing apps like Chrome to darken websites. This same dark mode for web is now coming to Google Chrome on desktop and Chrome OS.

For a few months now, it’s been possible to enable a flag on Chrome for Android that goes beyond giving the browser UI a dark mode to actually make web pages you browse darker. According to a newly discovered code change, this Android-specific flag is being replaced with one for all platforms.

As it exists today, Chrome’s dark mode for the web is not ready for the spotlight — or perhaps the blacklight in this case — as there’s only one option for darkening which sometimes makes pages illegible. With the “cross-platform” version of the flag, Google is offering five prospective dark modes to choose from.

The first two options describe using HSL and CIELAB, which are, in rough terms, two different ways of mathematically describing a color. In both acronyms, the “L” stands for “lightness,” which simplifies the process of darkening or brightening a given color. CIELAB is the more advanced of the two models, meaning it should produce more accurate and visually pleasing results. That being the case, all three of the “selective inversion” options are based on CIELAB.

Update 8/5: The folks at Techdows have reported that this dark mode for the web flag is now live in Chrome Canary for Windows, macOS, Linux and Android. Chrome OS hasn’t yet caught up, but will surely be close behind. Now that the flag is live, we can dig into each of the five settings and see what they do to the 9to5Google homepage, so you can start thinking about which setting you may prefer. 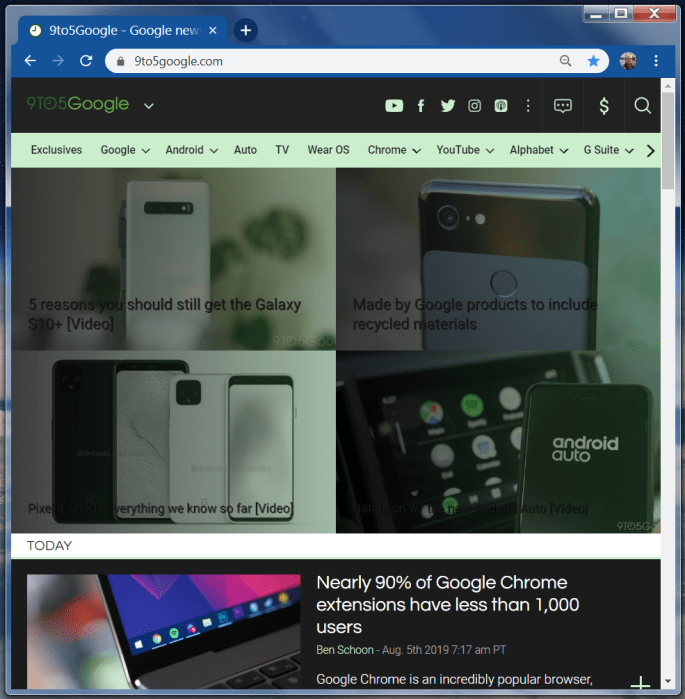 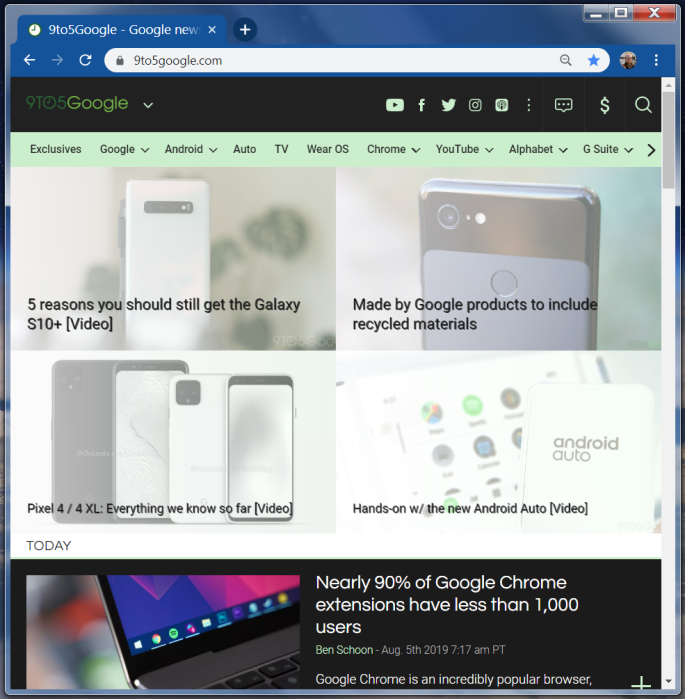 Selective inversion of everything Using these as reference, my personal favorite is selective inversion of non-image elements, as it darkens the most portions of the page while having a minimal impact on header images. At the same time, though, the most correct dark mode is probably the simple CIELAB-based one, which chooses an excellent complementary color for buttons in the top bar.

Both of Chrome’s “simple” inversions likely invert all colors on the web, regardless of whether that inversion would really count as “dark mode,” inverting an already dark website into a light theme for example. The selective options, on the other hand, should only invert colors based on certain thresholds, according to the code.

Would you use one of these dark modes for web pages on desktop Chrome? Let us know in the comments.