The Galaxy S9 and S9+ are part of the second wave of Samsung phones to get the August 2019 patch — after we first saw the Note 8 and Note 9 get the patch just last week.

Owners in Germany have reported that the OTA has brought the August 2019 patch, with the changelog not adding a great deal more information or significant additions of note (via SamMobile).

If you haven’t already, it might be worth heading to your System update panel and manually checking for the OTA update.

[Update: 08/14]: Not to be left behind, the August 2019 patch is now rolling out to the Samsung Galaxy S10 family. The patch is bringing firmware version G97*FXXS3ASH1 to the S10e, S10 and S10+ mainly in Europe, with reports of the OTA hitting Austria, Bulgaria, the Czech Republic, France, Ireland, Italy, Germany, Greece, Hungary, the Netherlands, Poland, Romania, Spain, and the Nordic regions (via SamMobile).

The OTA update measures in at 112MB and can, naturally, be downloaded manually via your Settings > System updates panel. As for those of you with the Galaxy S10 in the United States, we expect the updates to appear slowly over the next couple of weeks. 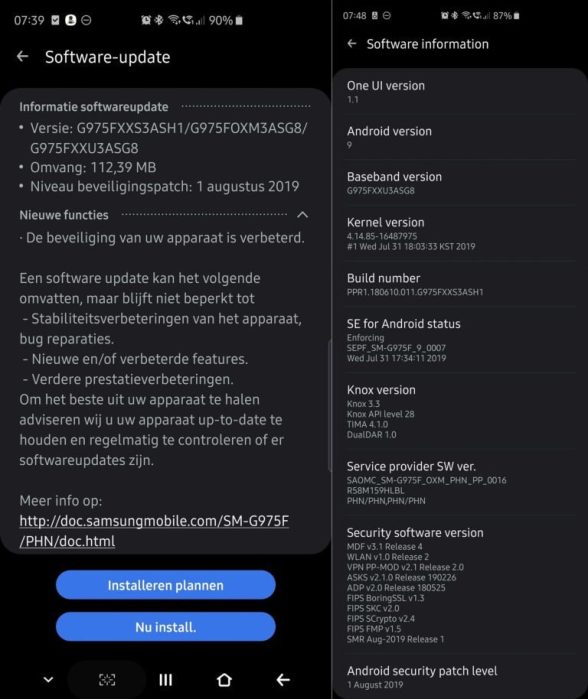 At 247MB, the update brings firmware versions G960FXXU6CSGD and G965FXXU6CSGD for the Galaxy S9 and S9+ respectively. But it does appear to only be available in Europe at present, we’ll likely see a wait for the North American updates to be pushed out — due to carrier tweaks and whatnot.

We’ve already seen the Galaxy S9 and S9+ get the dedicated Night mode, QR code scanner, and even AR Emoji tweaks that were introduced originally on the Galaxy S10 and S10+ — alongside previous security patches. We don’t know if this update manages to fix the issue on some S9 handsets that prevents Night mode photos from being saved intermittently. 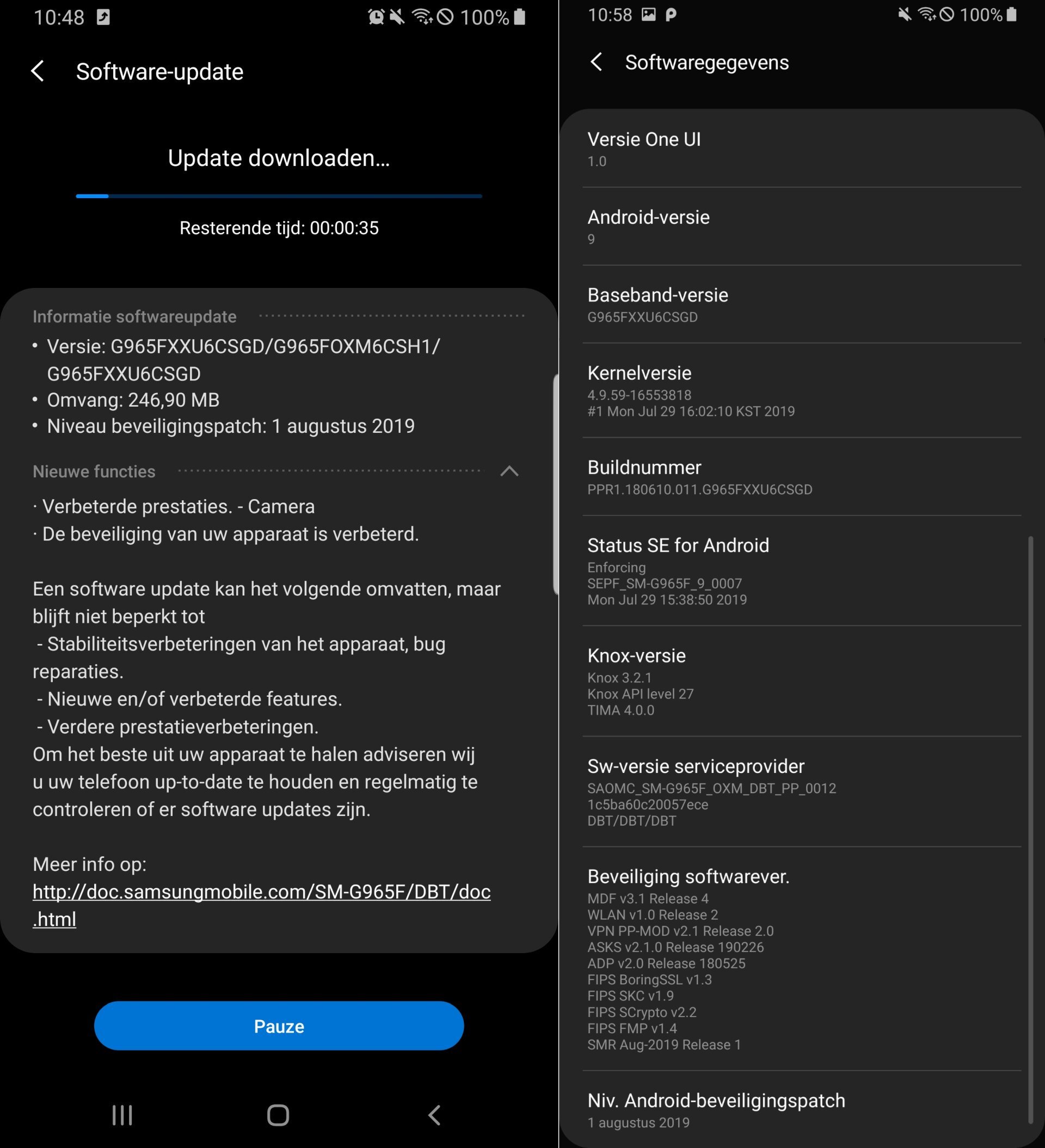 The August 2019 patch should be available on your Galaxy S9 or S9+ in Europe over the coming days, so it may be worthwhile manually checking to see if you have the OTA waiting.

Head to your device Settings > System updates panel to manually refresh — and be sure to let us know in the comments section below if you have seen the August 2019 patch on your S9. For those of you in the US, expect to wait a little longer though. Samsung still isn’t quite as hot on Snapdragon version updates but hopefully, that is where we’ll see an improvement in the future.