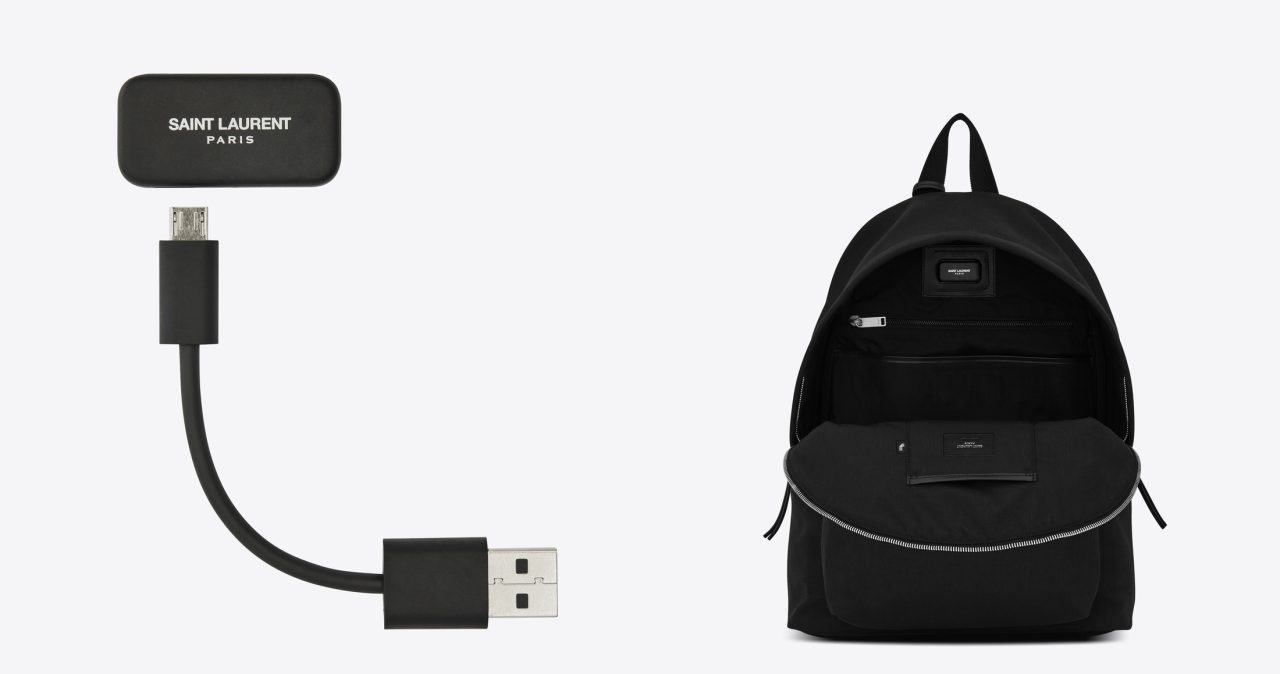 Google and Yves Saint Laurent just announced the second entry in the Google ATAP Jacquard lineup, and this time it’s a backpack. I have mixed feelings about the Cit-E, but I think they can be summed up this way: The form factor is far more practical despite the product being less accessible…

The Levi’s Commuter jacket with Jacquard was the first experiment in putting Google’s touch sensitive fabric on a real product that people could actually buy. It was expensive, sold in small volumes, and primarily served as a learning opportunity. As with any new technology, you don’t really know how people will use it until you give it to them, and that was what the Levi’s jacket was all about.

As I wrote in my review of the jacket, the biggest thing holding it back — but also likely part of how it was intended given how young Jacquard still is/was as a technology — was just how niche it was. It was for a specific kind of person. And at the time I reviewed it, I just so happened to be that person.

I know that I’m basically the target market for a product like this (I ride my bike a lot, I’m obviously a huge fan of Google, I like smart products, I’m annoyed with current wearables, and I’ve been wearing Levi’s jeans my whole life), but I’d say this is, for anyone that can appreciate this kind of thing, an awesome first attempt at a new way to interact with our devices.

The biggest things here were likely the price — which was a bit of a premium, even compared to Levi’s other expensive jackets — and the overall style. A Levi’s Commuter jacket is only even considered as a fashion purchase by a strict few, and this one only came in two colors and was built specifically with features made for riding your bike in the city at night. 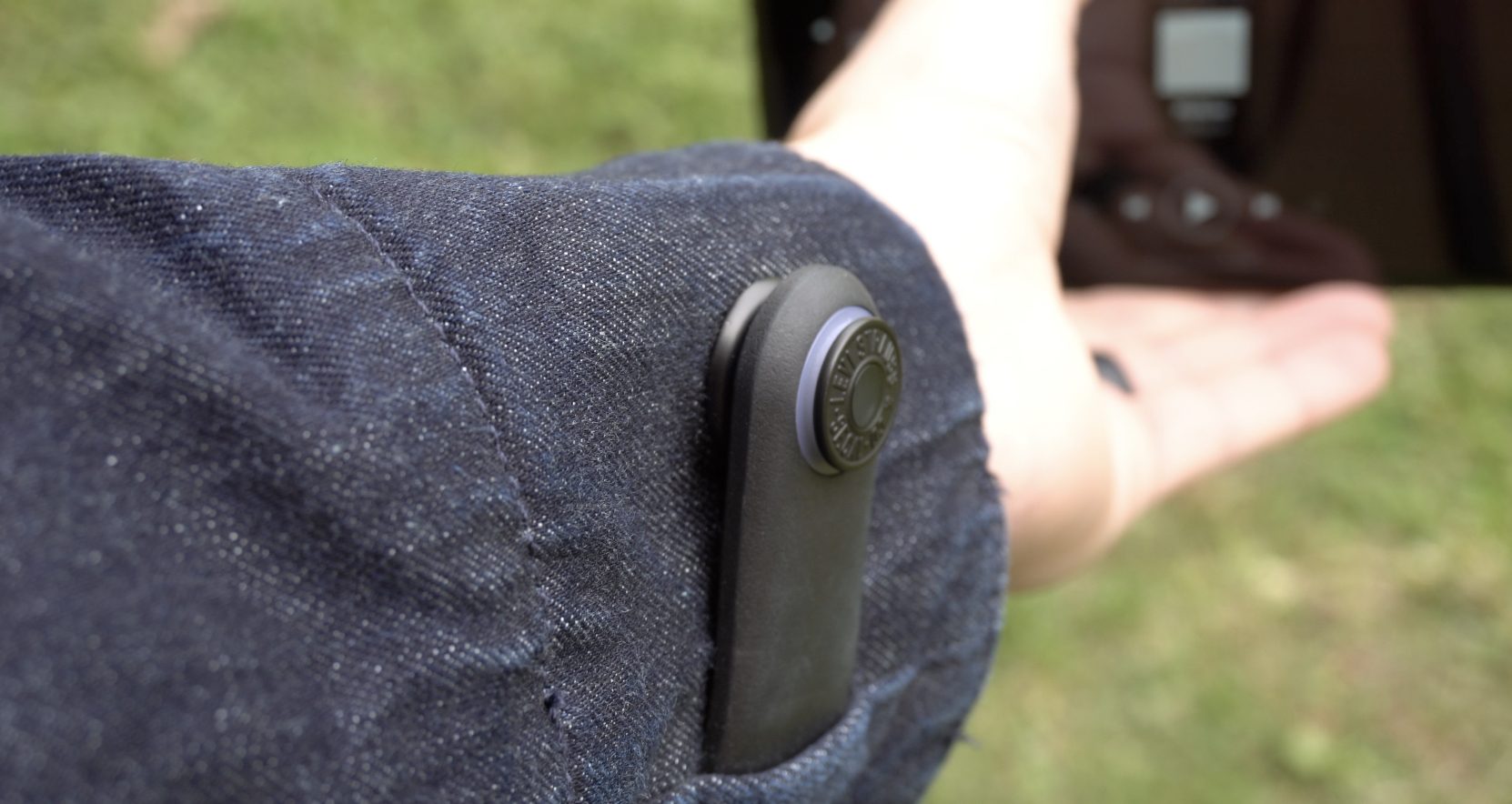 Now, Google and Yves Saint Laurent are back, and those particular limitations — its accessibility to a wider audience — aren’t really getting any better. In fact, it might be worse. The $900+ Yves Saint Laurent Cit-E backpack with Jacquard built-in is certainly not going to push more volume than a relatively affordable Levi’s jacket. It’s just a slightly higher-tech and higher-price version of an expensive, high fashion backpack that only the precious few would even consider buying. (That said, it is a backpack, which as a category might be more appealing than a denim jacket.)

That said, there’s one significant way that, at first glance, the YSL Cit-E backpack is a significant step forward compared to the Levi’s jacket: practicality. While I think the jacket will prove more accessible in terms of price and appeal (still, very limited), the Cit-E backpack actually makes much more sense for a Jacquard-enabled form-factor, for several reasons.

I think the reason that needs the least amount of explanation is just the way you interact with it. This large touch-sensitive area on the strap just seems more natural than the outer cuff of a jacket.

One big drawback of the Jacquard jacket was that it was a… jacket. Which meant both an aspect of regionality and seasonality. Some places, even in the US, never get cold enough outdoors to ever wear a jacket at all. And obviously, no matter where you are in the US, it’s pretty likely that there are months out of the year where you certainly wouldn’t wear a denim jacket when you’re out riding your bike. It really did feel that the Jacquard jacket was for a very specific kind of Silicon Valley tech bro.

Another thing is that, to really get your money’s worth and live out a rhythm of the Jacquard technology actually making the ways we interact with devices better, you had to wear the jacket every day. I don’t know anyone that wears the same jacket on every single cold-ish day. In my testing of the jacket, I found it hard to make using it part of my daily flow, because I just didn’t wear the jacket enough. And reminder: I was — am — literally the ideal customer for that thing.

The Cit-E backpack is different. Wearing the same backpack for days, months, or years — especially one as expensive as this — is totally sensical. I’ve carried my current backpack for almost two years now, and I plan to keep using it for a while. And a backpack is also not a seasonal or climate-specific item by any means — there are many reasons to carry a backpack year-round.

Altogether, the Cit-E backpack seems like no less an experiment than the Levi’s jacket — it’s just different. This is a far more expensive product a more luxurious brand. The price difference between Jacquard-enabled and not will likely be easier to swallow. The Cit-E backpack is clearly designed for an even more specific type of person — it’s no JanSport. It just so happens to also be more practical.

We’ll just to have see how this goes — we’re hoping Google will let us have one to check out sometime in the coming months. We’ll be sure to let you know how it goes. Hopefully the things Google is learning through these niche products will inform ways Jacquard will be useful to the rest of us.