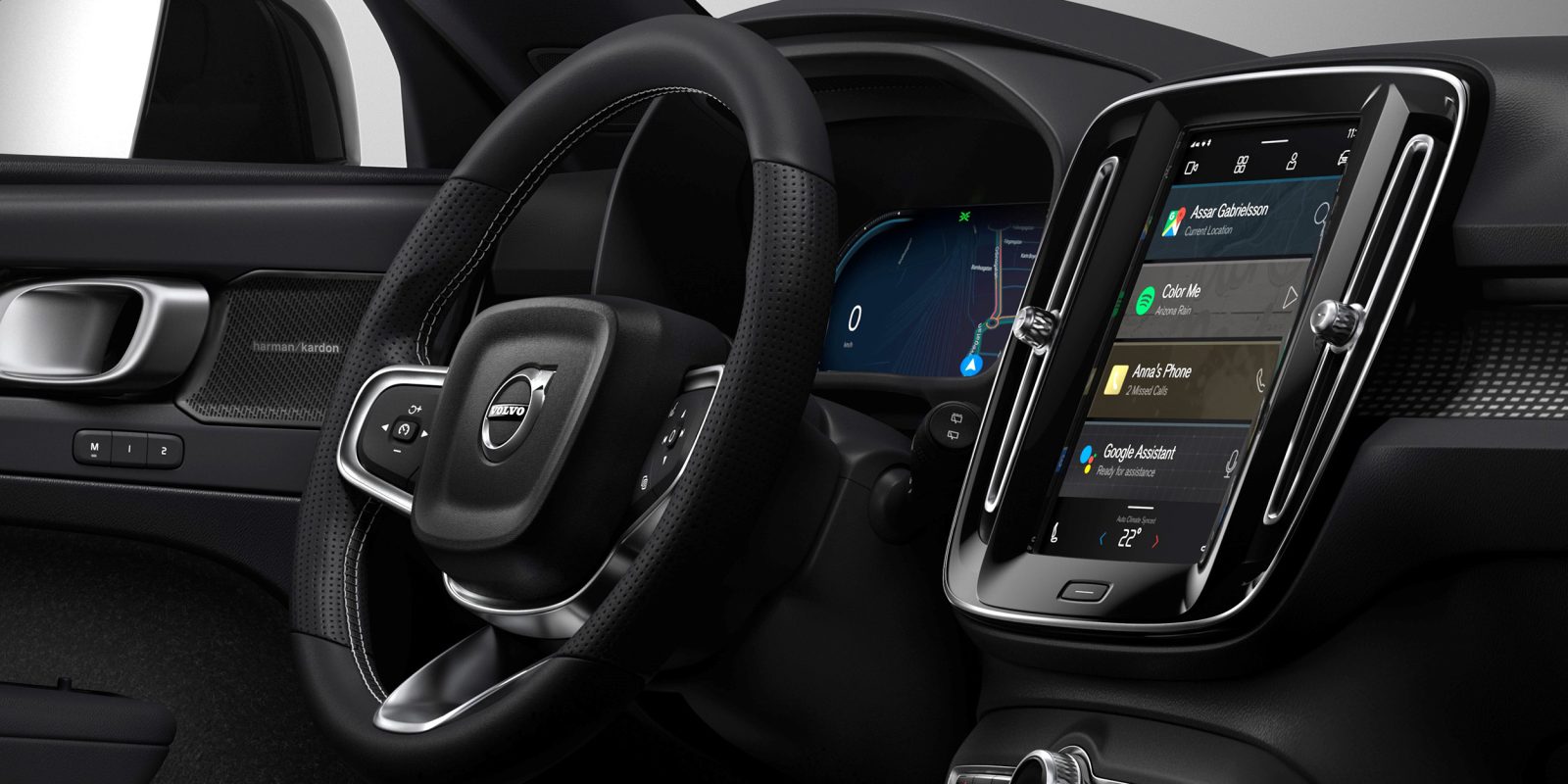 Google has been pushing Android Auto as a native option for infotainment systems with some carmakers, and Volvo has several with the platform. Today, the company has confirmed that its upcoming Volvo XC40 EV will be using Android Automotive.

Reported by our colleagues at Electrek earlier today, the infotainment system in the Volvo XC40 SUV will be using a native build of Android Auto just like some other Volvo vehicles. Just like on the Polestar 2, the XC40 will support Android Automotive with features such as Google Assistant and access to the Play Store with a collection of automotive optimized apps.

With this Android Automotive OS, the Volvo XC40 EV will be able to use features like Google Assistant to control features of the vehicle such as climate control. It will also feature OTA updates. However, since this isn’t traditional Android Auto, the design has been adjusted by Volvo to match the company’s Sensus software.

Notably, the XC40’s gas-powered equivalent also supports this native Android Auto interface that was shown off at I/O 2018. Still, it’s great to see that the electric version will also support the feature. The EV version of the XC40 will be detailed further on October 16, and Electrek will be covering it in detail.