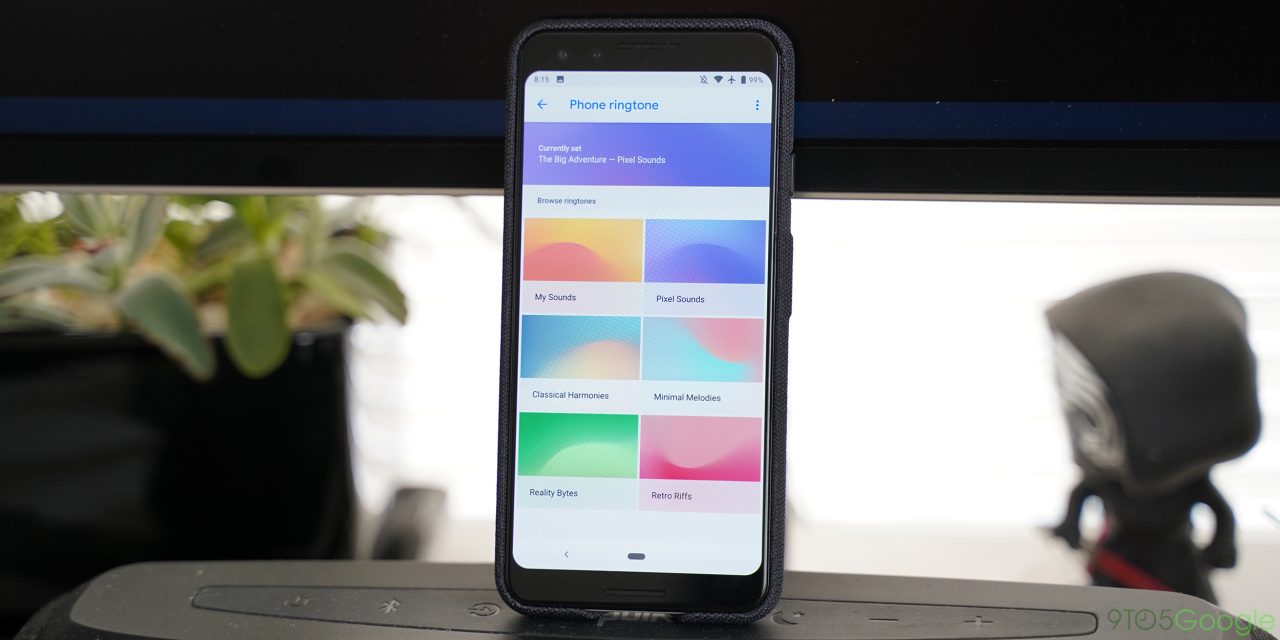 Since the Google Pixel 3, Pixel phones have had their own dedicated Google Sounds app with collections full of ringtones, notification sounds, and alarm tones. Today, Google Sounds version 2.2 is rolling out to all Pixel phones, bringing with it over 100 new sounds, including some fantastic new Halloween, Christmas and other holiday-themed tones.

While some, like myself, usually prefer to create and use their own ringtones from MP3 files, which is all too easy to do on Android, the sounds provided by an OEM are absolutely critical, sometimes to the point of becoming part of pop culture (see: classic ringtones from iPhone and Nokia).

With the Google Sounds app, Pixel owners have a full plethora of choices in a handful of tasteful categories that give the phones a unique and cohesive audio style. For example, one of the default Pixel ringtones “The Big Adventure” is reworked in the Retro Riffs category into a Nokia-style tone “The Small Adventure.”

Sounds in the Play it Loud has no real overarching theme to it other than loud, obnoxious sounds that are sure to get the attention of anyone around your phone. Some of the sounds like “Heaviest Metal” are clearly musical, while others like “Construction Zone” fall into the category of just being noise.

On the other hand, Seasonal Celebrations is a collection of tones and sounds that relate to holidays throughout the year, including Chinese New Year, Valentine’s Day, Hanukkah, and Christmas. With Halloween just days away, what better way to get in the spooky spirit than to set your ringtone to “Spooky Organ,” featuring Toccata and Fugue in D Minor and haunting laughter.

The biggest set of changes is to alarm tones, as the update to Google Sounds 2.2 adds six more categories — Classical Harmonies, Minimal Melodies, Reality Bytes, Retro Riffs, Play It Loud, and Seasonal Celebrations — for a total of 68 new ways to wake up in the morning. There’s now almost certainly an alarm clock for everyone.

Beyond new sounds and categories, Google Sounds 2.2 also tweaks some of the cover photos for the existing ringtone categories. Reality Bytes stands out as receiving the most drastic change, from a light green to a black/blue design.

Google Sounds 2.2 is rolling out now on the Google Play Store for all Pixel phones.