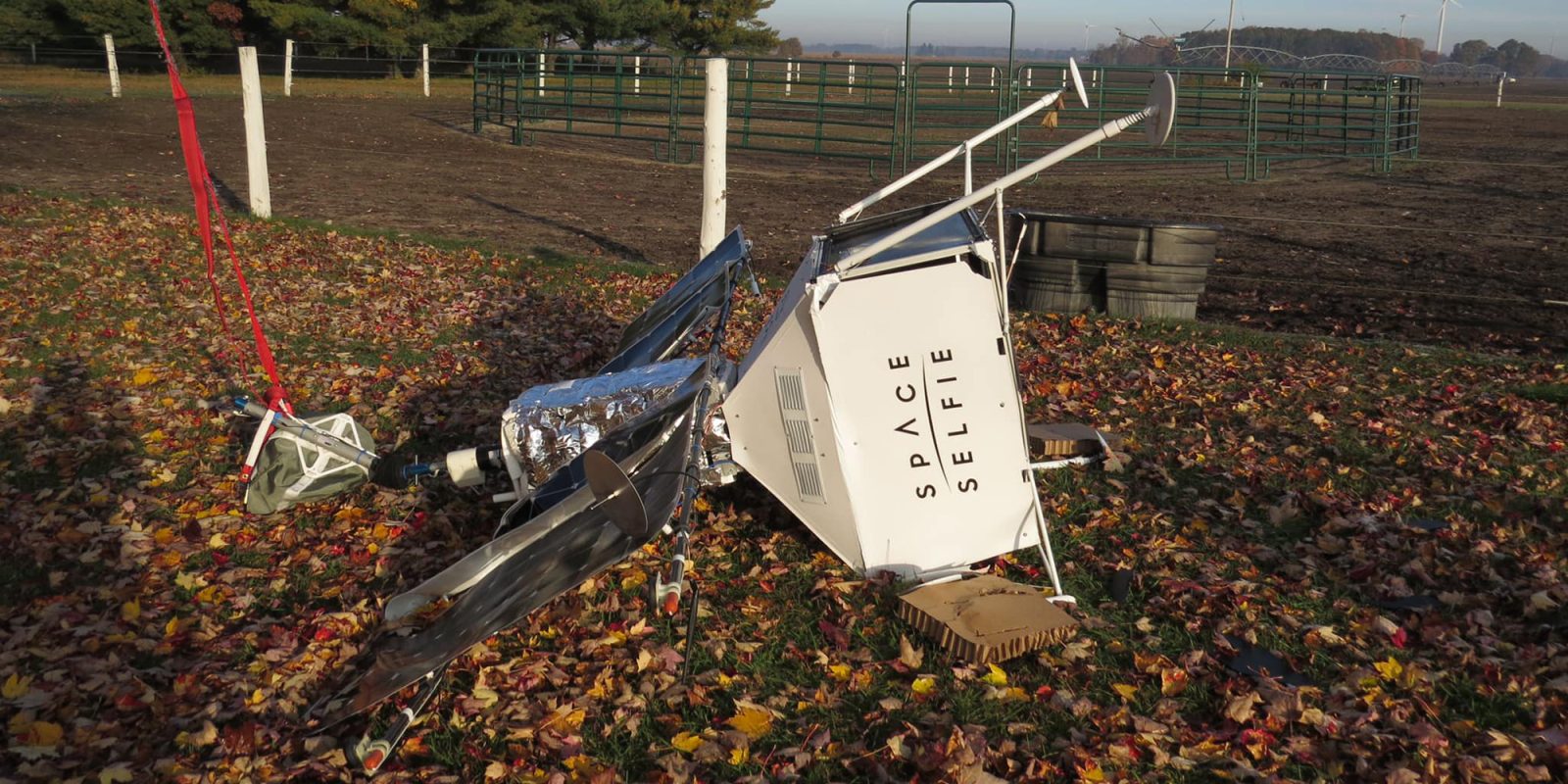 A Samsung balloon satellite carrying a Galaxy S10 5G as part of a “Space Selfie” campaign has abruptly crash-landed on a Michigan farm.

The PR campaign, which was launched by Samsung Europe, had model Cara Delevingne as the face of the project and aimed to send a selfie to the stars. Instead, the balloon crashed to earth quite abruptly after launching just under a week ago.

As part of the stunt, the Galaxy S10 5G was sent into the upper reaches of our atmosphere — so, if we are being pedantic, not technically space — where fans could then upload their own selfies and photos to a dedicated micro-site for a chance to see their uploads on the space-bound smartphone.

In a post on Facebook, the farm owner, Nancy Mumby-Welke of Gratiot County, Michigan, spoke of the initial impact of the “satellite.” “We realized it had fallen from the sky,” Mumby-Welke told NBC News. “It looked like a satellite.”

Of course, the object also bore the recognizable Samsung logo and that of Raven Industries — a manufacturer of high-altitude balloons based in South Dakota. The satellite was launched to 65,000 feet above Earth on Wednesday during a promo event in London and contained two Galaxy S10 5G devices.

A Samsung representative told NBC that “no injuries occurred and the balloon was subsequently retrieved,” and that they “regret any inconvenience this may have caused.” Samsung also added that as part of this satellite-launching stunt, the landing was part of the process, and that it occurred in a “selected rural area.”

Luckily, we’re reporting on a marketing stunt going wrong rather than something much worse. Samsung, please skip the faux-satellites in the future, please.