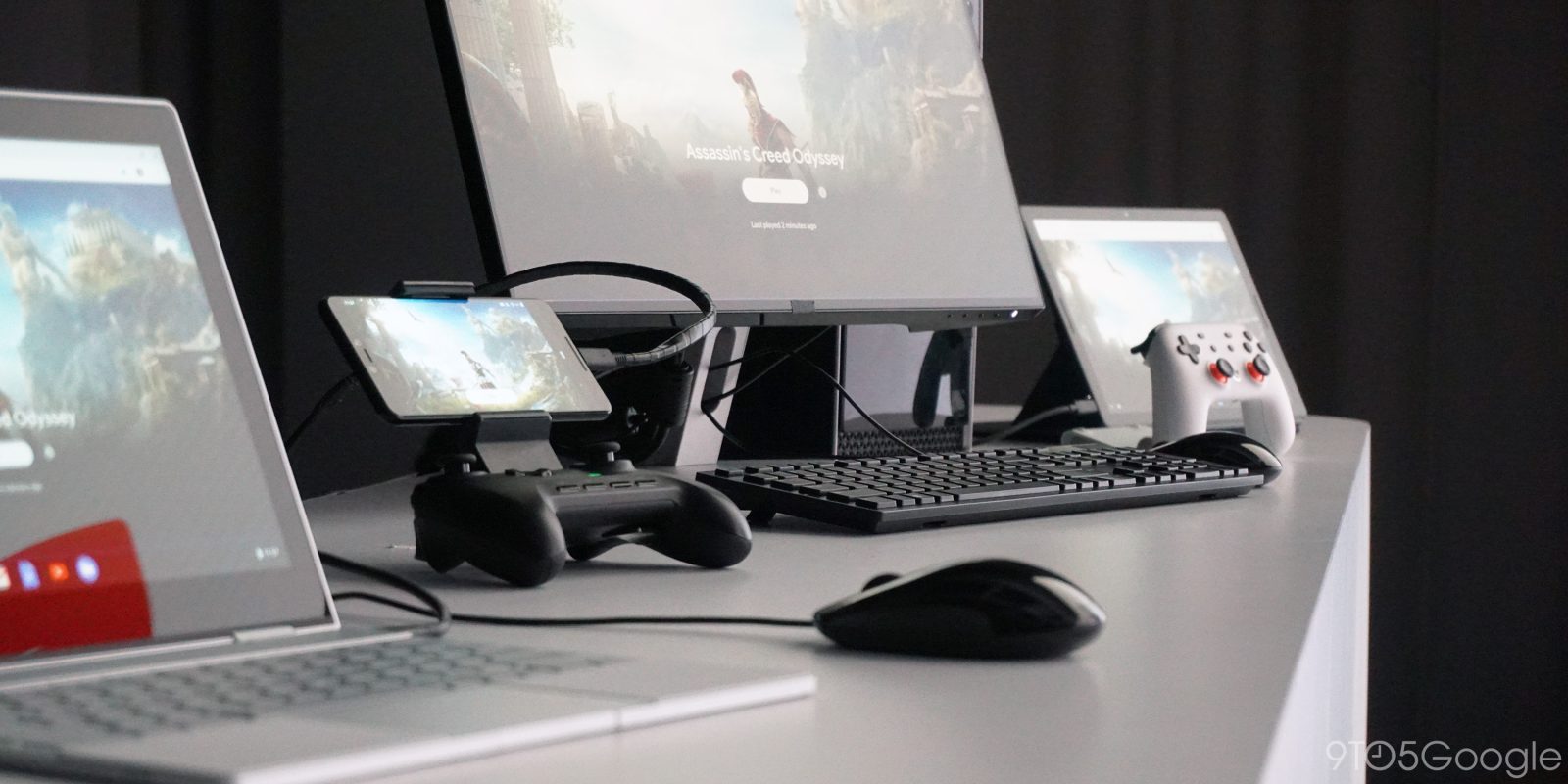 Today saw the Stadia website go live, and we’ve been digging pretty deeply into the code for last-minute details on the cloud gaming platform’s features. Just two days from launch, our Stadia.com teardown managed to find a few hidden pages and messages as they gradually become accessible.

Stadia’s “Crowd Play” feature — which lets viewers join a livestreamer’s game right from YouTube — has been a highly anticipated one. It aims to better connect creators with their audience on the video site, and brings a new level of interaction between the two.

We managed to unearth a UI demo of this feature during our Stadia.com teardown, and it attempts to launch a Stadia instance from a mockup YouTube page. 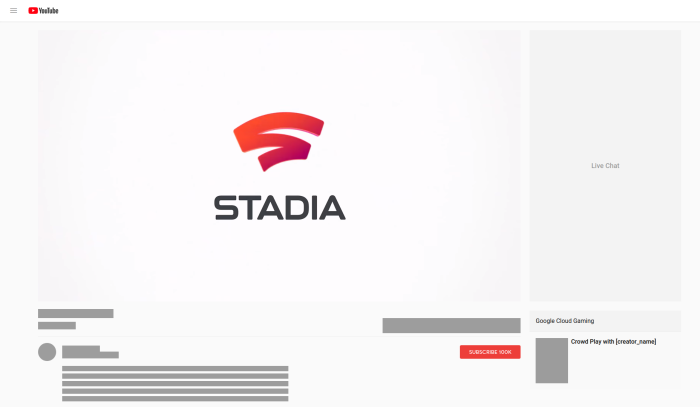 The site seems very barebones right now, but behind the scenes we found it attempting to match the YouTube video to a Crowd Play queue. If we had access to a livestream with Crowd Play enabled, it would allow us to actually join the game.

Looking deeper, we found five references to “resolvable issues” that can occur when trying to enter the queue.

The most interesting is the fourth one, suggesting that the user would need a “sponsorship” in order to play with a creator. This could possibly be in reference to YouTube’s channel memberships feature, which used to be called “sponsorships.” We can assume that creators will be given the option to add Crowd Play to their list of member perks, which would put it alongside other perks such as custom loyalty badges and live chat emoji. This could potentially be a big incentive to join a channel’s membership program.

Stadia’s Code of Conduct has been live on Google Support for a while now, but recently a new Conduct page has surfaced in our findings. The more interactive and user-friendly page features most of the same text we’ve already seen on the support site, but adds a new “Values” section that outlines basic principles for using Stadia. 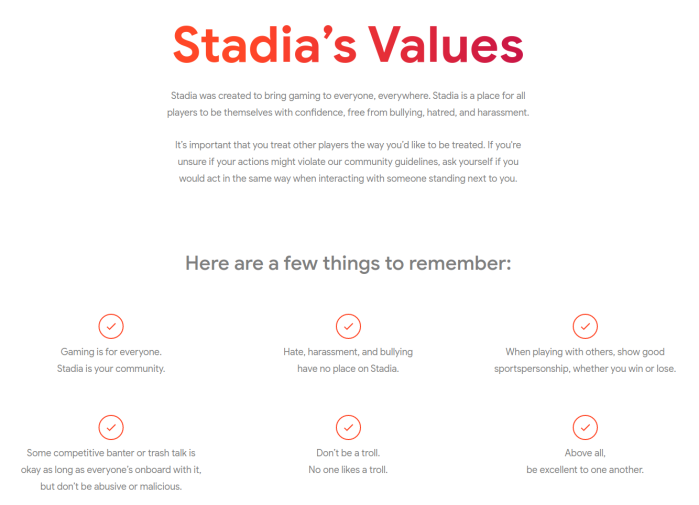 Ban screen and other warning messages

One of the consequences listed in Stadia’s Code of Conduct is the possibility of a temporary or permanent ban, should you violate any of the guidelines or terms of using Stadia. The website has a set of warnings coded in that alert the player to different issues with their account, including if their account has been “disabled” as a result of improper use.

Clicking the “Learn more” link takes you to this support article, which is not live yet.

Also within the warnings are three related to deleting and recovering your Stadia account data. It seems that account deletion will happen 30 days after you request it, and it can take up to 24 hours to delete fully. Within the deletion period, you will be able to reverse the changes, which will take up to 24 hours as well.

Since its inception, Stadia has prioritized families as one of the larger portions of its consumers. It integrates with Google’s Family Link to allow for supervision of children’s usage and control over purchases made through the platform. Parents will have access to a special “Family Dashboard” on launch, which enables them to “Manage [their] family’s game requests and privacy settings on Stadia.”

We managed to uncover the UI for linking family payment methods in our Stadia.com teardown as well, which is configured through the Family Link website. 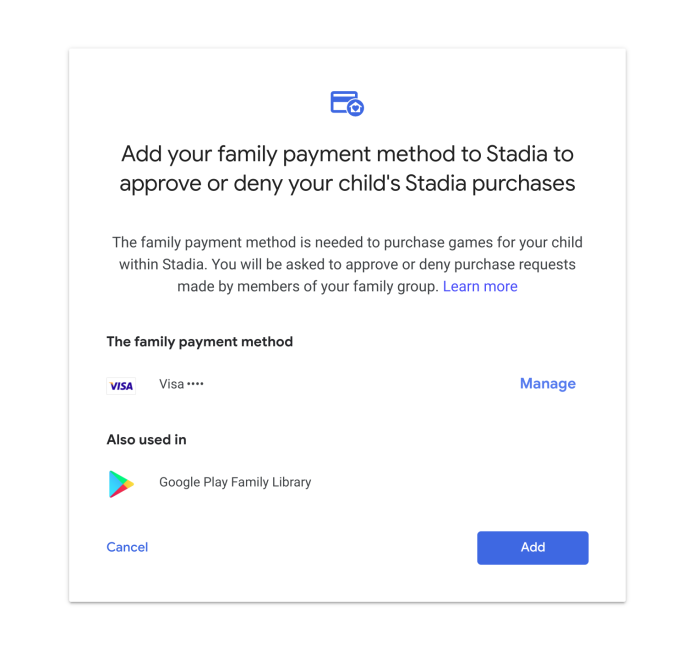