Stadia.com goes live as landing page ahead of launch 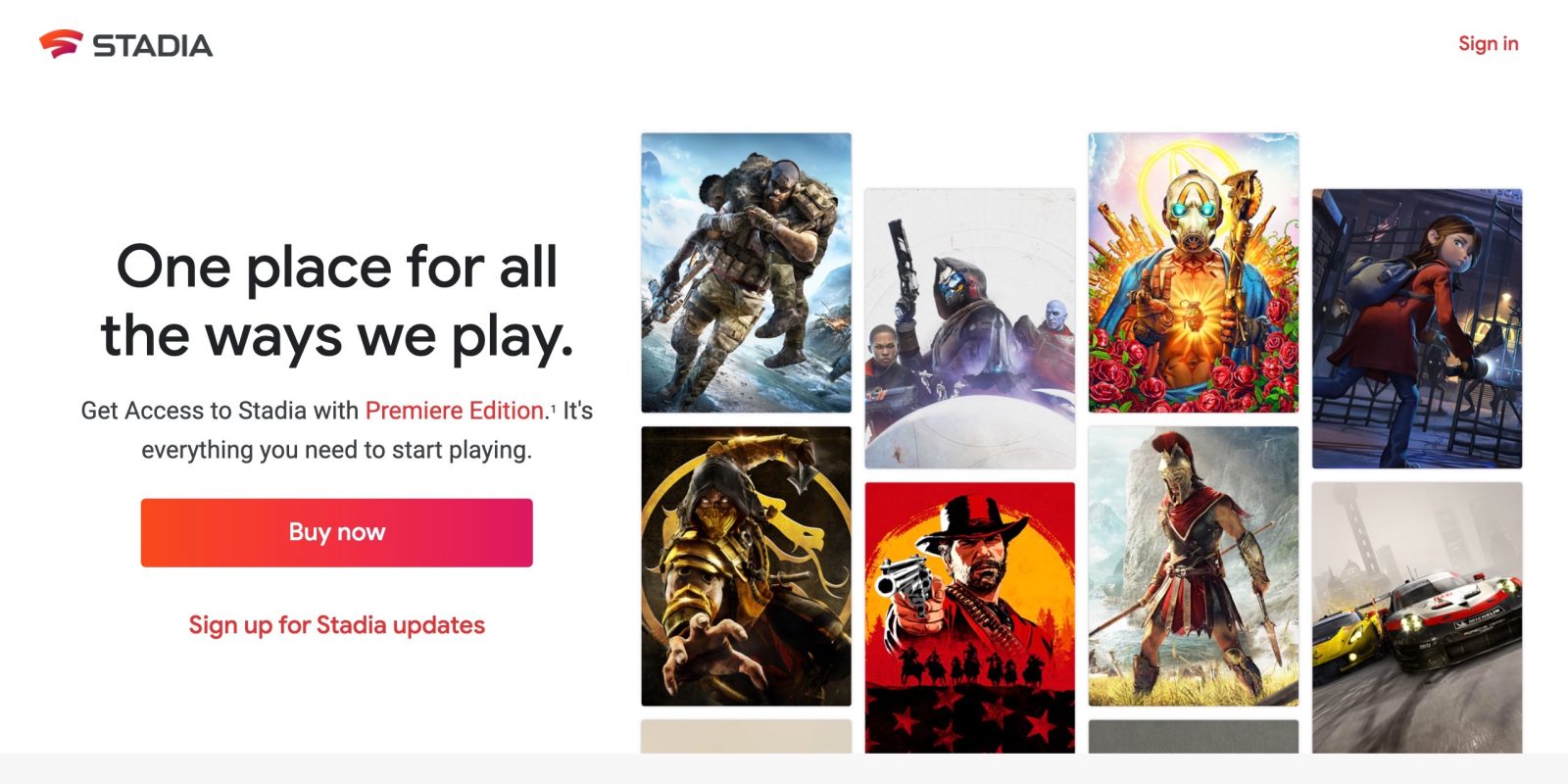 Amid a flurry of other developments this weekend, Google has launched stadia.com ahead of Tuesday’s launch. It’s how you play games on the web, and also serves as an introduction for prospective customers.

Stadia.com redirects to stadia.google.com. For the past several months, it just took users to the Google Store listing for Founder’s and now Premiere Edition. The “One place for all the ways we play” tagline is on prominent display with Google immediately telling users how they can get “Access to Stadia with Premiere Edition.”

Below a prominent “Buy now” button, you can sign-up for email updates. There’s a cover of games, while Google is hitting three points on the now live Stadia.com:

Meanwhile, those that already have an access code to create a Stadia Name and start playing are directed to the Android and iOS companion apps. Before the Stadia Controller and Chromecast Ultra ships, users can start playing on the web. Other pages we found live today include:

At the bottom of the live stadia.com there’s a list of various requirements, with Google noting Pixel 2, Pixel 3, Pixel 3a, and Pixel 4 support. On desktop, this page is a Progressive Web App (PWA) and can be saved to your desktop/dock with its own app icon. It makes for a convenient shortcut rather than entering the URL every time you want to play. 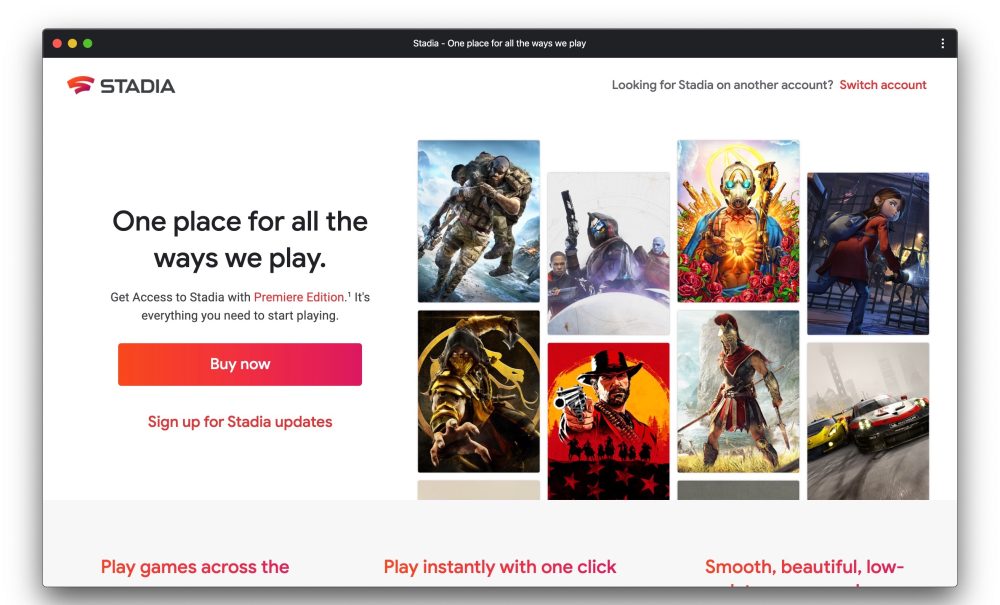