Samsung Galaxy Note 10+ gets ‘Star Wars: The Rise of Skywalker’ bundle in December 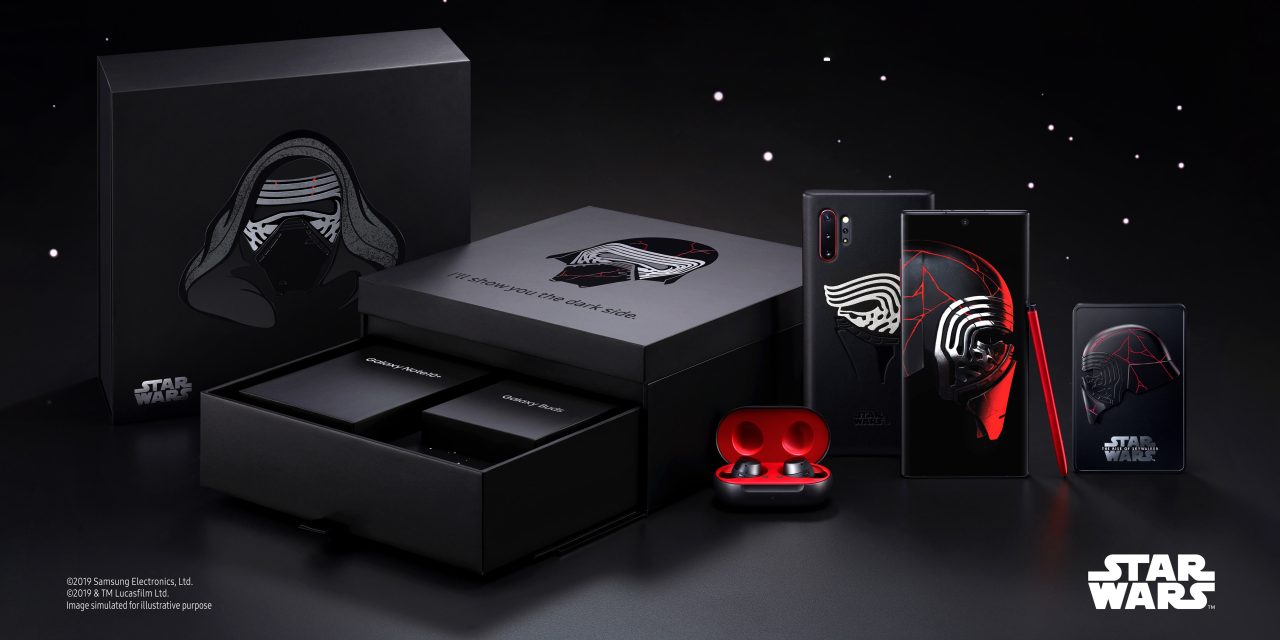 The conclusion of the latest Star Wars trilogy is set to hit theaters in just a few weeks and, along with it, Samsung has a new offer. Starting in December, a special edition Galaxy Note 10+ bundle will be available with a Star Wars: The Rise of Skywalker theme.

This special edition bundle for the Galaxy Note 10+ delivers a lot for Star Wars fans. The center of the bundle is a Galaxy Note 10+ which we reviewed earlier this year. However, this device comes in a special colorway.

The device is black with red accents all over including around the triple-camera housing. The back of the phone also gets the Star Wars logo along the bottom and the First Order’s logo as well. The S-Pen is designed to match with a striking red color too. Internally, this is the same device that’s been on sale for a couple of months at this point but Samsung hasn’t detailed which storage option the bundle comes with.

Along with the phone, the bundle comes with a special edition leather case that shows Kylo Ren and a metal badge that acts as a collector’s item.

Also included in the bundle is a black and red special edition Galaxy Buds. The buds themselves are still black, but the interior of the case is a sleek red and the case itself appears to be tweaked a bit too. The entire package comes in a special box as well.

The Galaxy Note 10+ Star Wars Edition goes on sale in “limited quantities” starting on December 13th for $1,299. The bundle will be available from Amazon, Best Buy, Microsoft, and Samsung directly. The company says that this bundle will also be available in Australia, Denmark, Finland, France, Germany, Hong Kong, Korea, Norway, Russia, Spain, Sweden, Turkey, UAE, and the UK as well.

Discover the dark side of Galaxy with a black device featuring red accents and red S Pen. Accessorize with an embossed Leather Cover, coordinated Galaxy Buds, and an exclusive metal badge as a collector’s item. And you’ll find it all in a Sith-inspired package so you get the full Star Wars experience as you unbox.