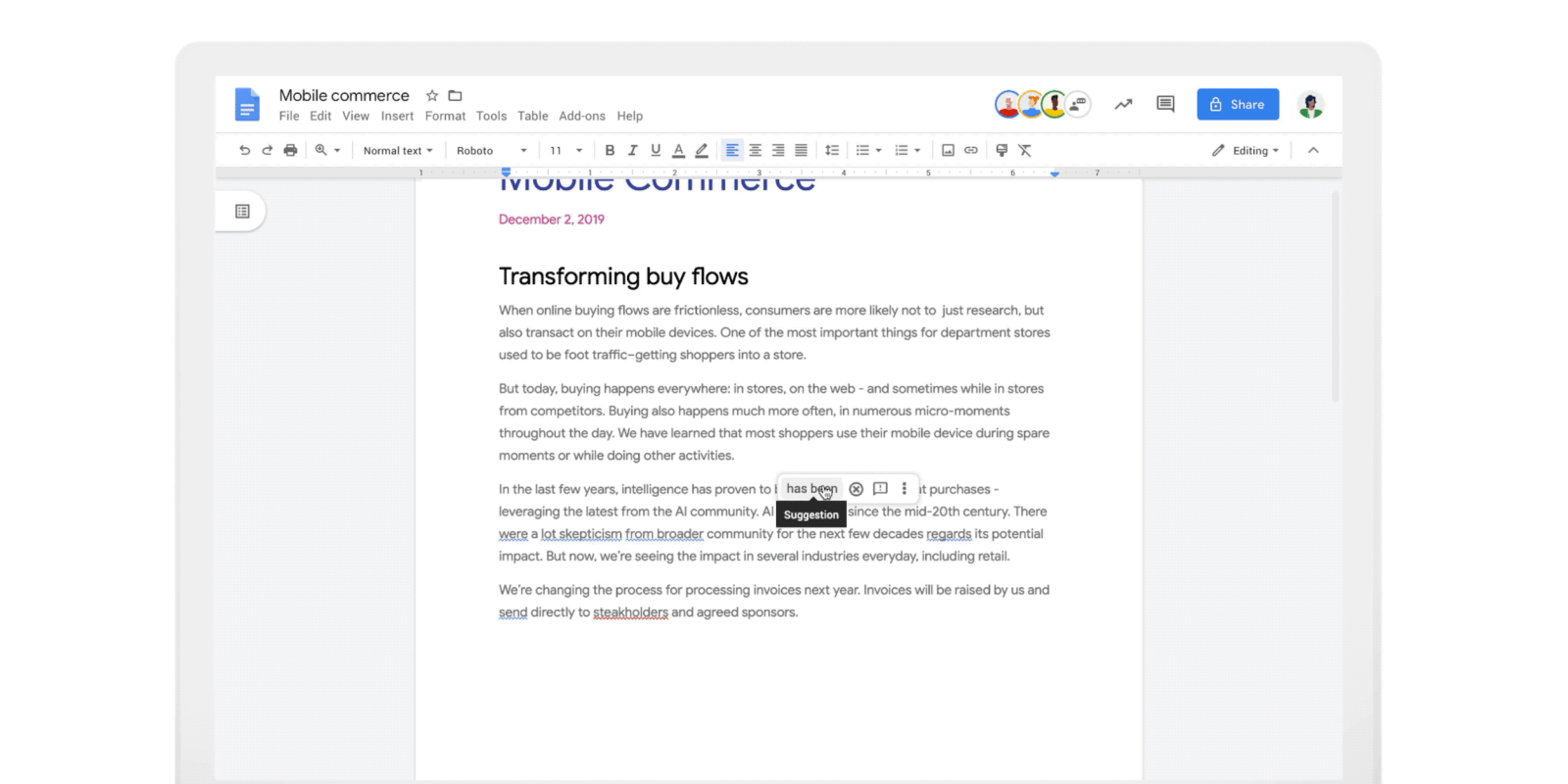 At a basic level, machine translation performs substitution and reorders words from a source language to a target language, for example, substituting a “source” word in English (“hello”) for a “target” word in Spanish (“hola”).

A significant improvement leverages neural machine translation to “correct many more of the grammar mistakes you may make while writing.” For example, this can correct tense and identify homonyms. Errors are underlined with a squiggly blue line that you can right-click to accept changes.

These Google Docs grammar improvements will be available in the coming weeks. Meanwhile, Docs is soon adding spelling autocorrect with suggestions tailored to words that might be specific to a business. In Gmail, this capability works in real-time.

For example, if your organization has an internal project name or acronym that’s commonly used, Docs will not only stop underlining such terms, but will also suggest corrections when these terms are misspelled.

According to Google, 100 million grammar suggestions are flagged each week, with the company positioning these improvements as helping boost productivity through AI. Additionally, Smart Compose has saved users from typing over 2 billion characters every week.