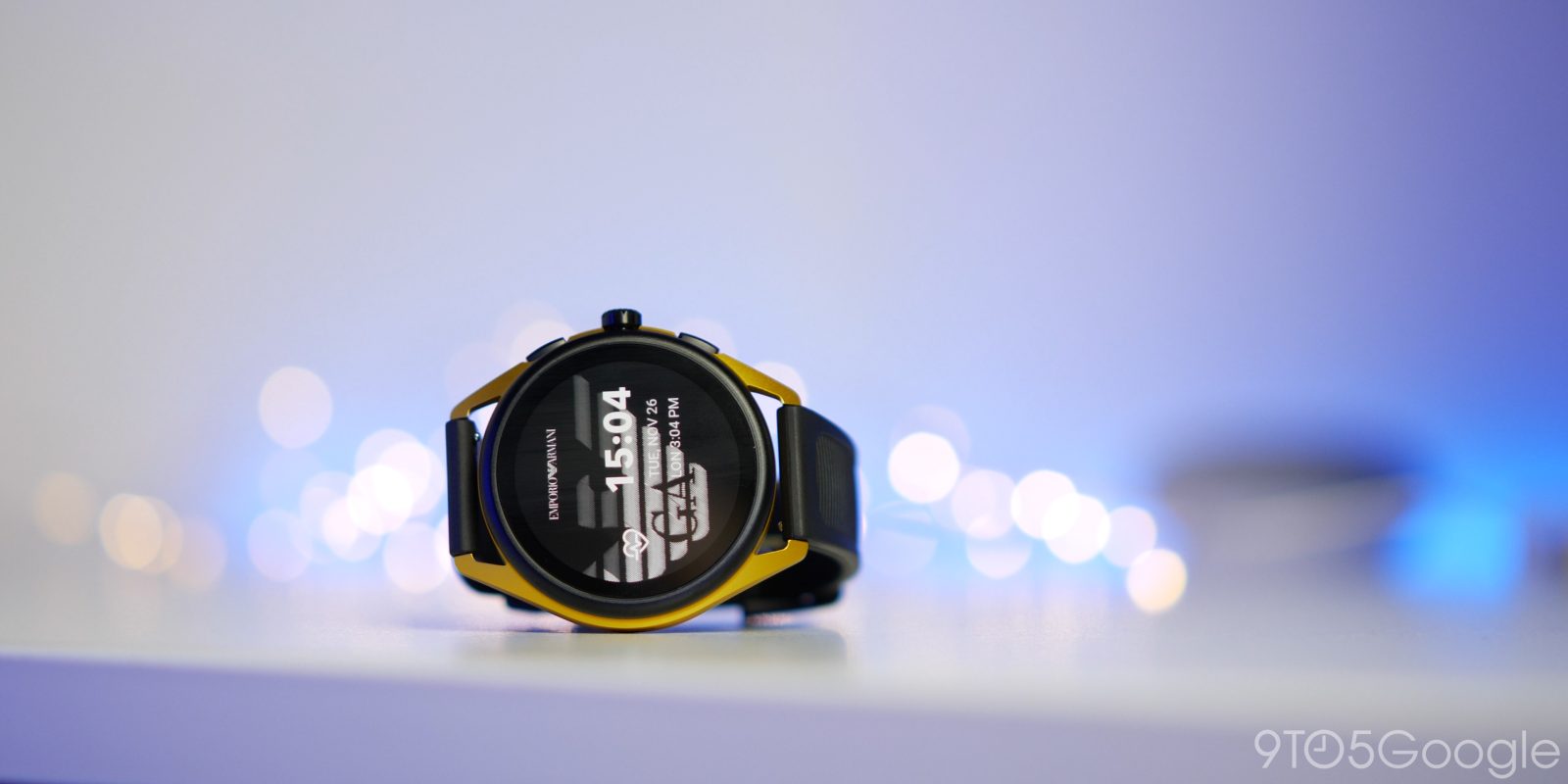 While Wear OS isn’t in the strong position it probably should be, there is no doubt that the solid selection of styles you can choose from makes the smartwatch OS an enticing prospect — and now entering the fray is the Emporio Armani Smartwatch 3.

Another quality Fossil-made smart wearable, the Emporio Armani Smartwatch 3 is a complete refresh of the slightly older Connected series but it still manages to retain that refined look and feel when compared to other cheaper Wear OS-powered alternates. Not all Wear OS smartwatches are created equal and the Emporio Armani Smartwatch 3 is most definitely a testament to that ethos.

There is no doubt that this is a smartwatch aimed at a particular niche of tech fans. The Emporio Armani logo should be enough to distinguish this from a more bog-standard option from the likes of Mobvoi — not that TicWatch watches are bad or cheap. It’s, therefore, a smartwatch that looks good in professional or formal settings but is also at home in the gym or worn on a run. It just happens to have all of the benefits — and downsides — of being powered by Wear OS.

For those wondering, the internals have had the much-needed bump from the Snapdragon Wear 2100 chipset to the 3100 chipset. This should provide a bump in performance and also help increase battery longevity beyond a day in most cases. 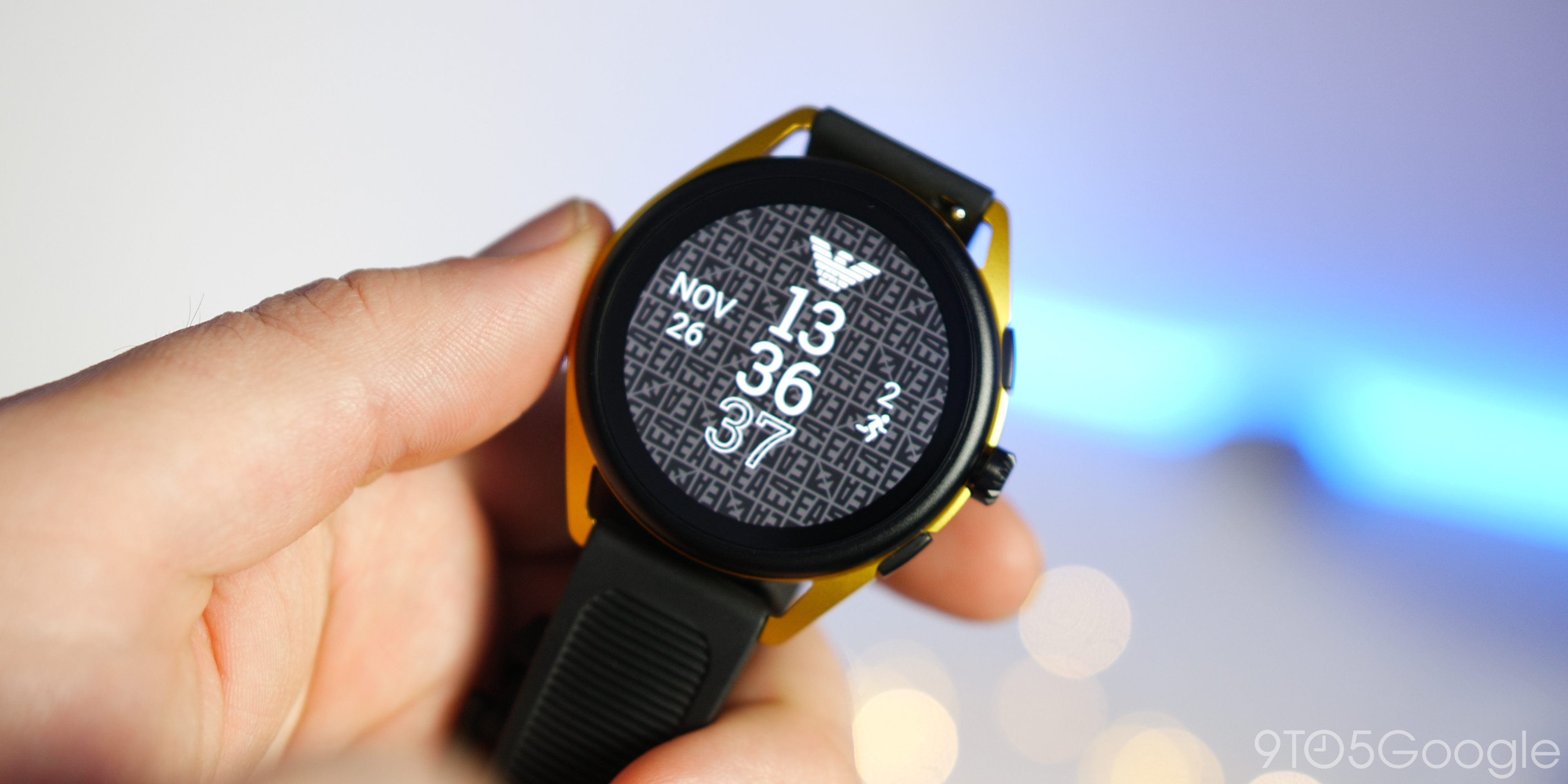 As far as I’m concerned, Fossil has nailed the design of the Armani Smartwatch 3 this time around. That’s not to say the previous model was in any way bad, more that they’ve taken the original and improved in some key areas to make this a smartwatch that I would be far more likely to recommend to others — simply from a design standpoint.

Adding some color has really upped the appeal in my opinion, as there are enough plain-looking stainless steel watches out there on the market already. A dash of color to the frame of the casing makes the watch stand out from the crowd and feels less intimidating to those that may never have owned a high-end fashion-focused watch before.

The new design isn’t a massive departure but it’s most definitely the sleekest of what was originally the ‘EA Connected’ line. Being just 12mm thin also helps with comfort and I have to say the new silicone strap aides this probably more so than the crown having been slightly trimmed. I found it far more secure on my wrist once clasped but if you have especially small wrists there aren’t enough holes for the lugs to rest in — meaning you might need to get a third-party strap to have this fit on your wrist without being loose.

If you are style-conscious, it’s awesome to see that Armani’s latest smartwatch comes in a variety of colors and a plain black silicone 22mm interchangeable strap. You can choose from green, yellow, orange, and black casings — all of which offer a unique look.

The 1.28-inch, 390 by 390 pixel AMOLED screen is genuinely fantastic once you disable the automatic brightness. It’s crystal clear and viewable in almost all lighting conditions which is really important. The biggest issue I had was the auto-brightness, as it would make the display dim and dreary even in cloudy or dark conditions. That might be fine if you’re in a movie theatre but day-to-day I want to see the display clearly. 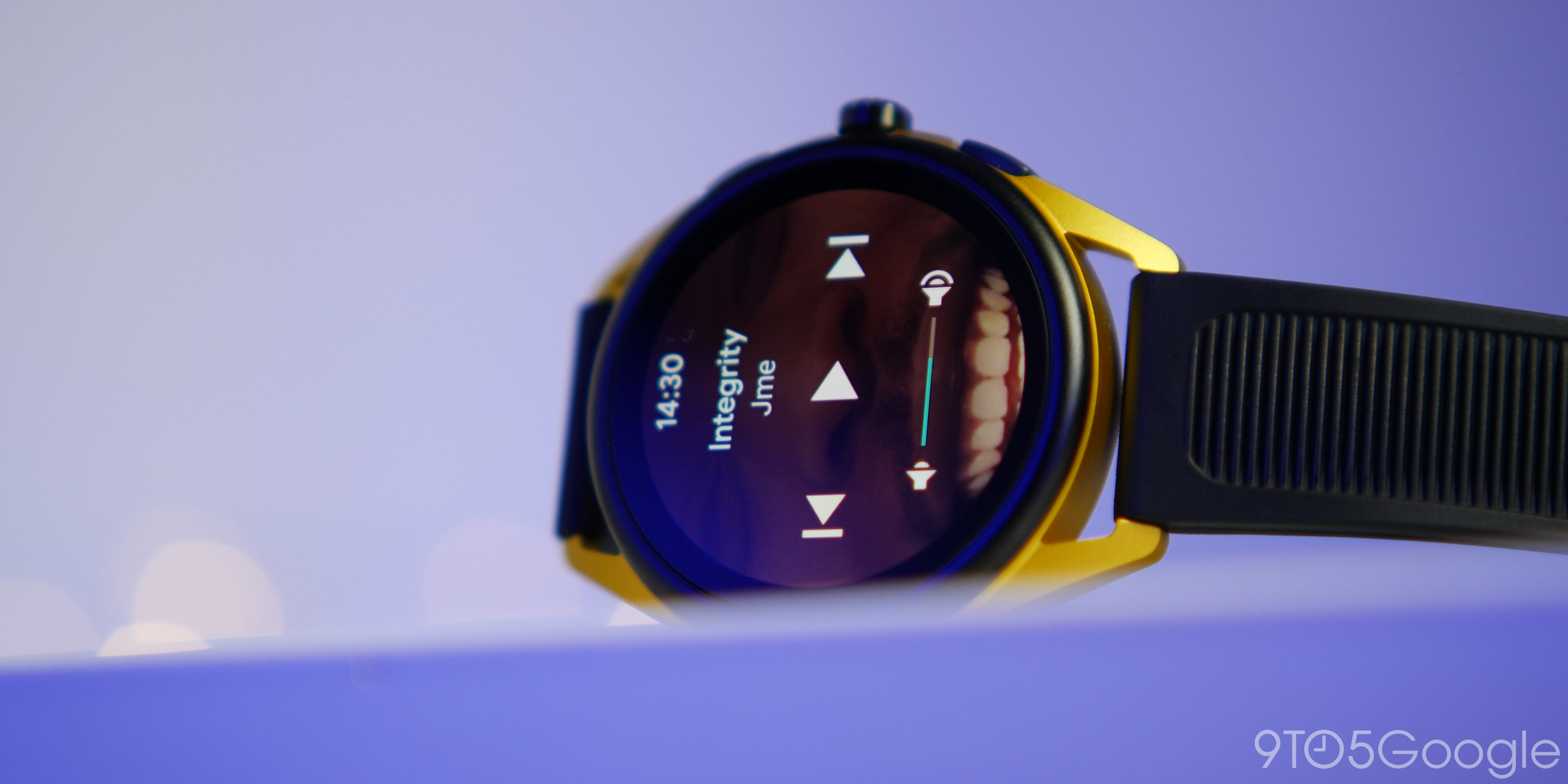 It still retains a small bezel around the circular display but that does mean it eliminates any issues you may have with phantom touches should you grasp the edges of the casing. While the buttons are still solid, when pressing them, I did find myself grasping the edges of the watch to stabilize my presses quite frequently.

I also have to applaud the dial yet again on the Armani Smartwatch 3, it feels great. The buttons, however, are a little spongey but do have a nice click when fully activated. I leveled the opposite criticism at the previous generation but the pendulum seems to have swung too far in the other direction this time around.

There is also a new speaker that comes as part of the package. By adding a speaker, you’ll now be able to place and take calls from your wrist or even play some music on loudspeaker — not that I’d recommend it. Although with that said the speaker isn’t that bad at all to be completely honest, just don’t be that person listening to music loudly in public.

The overall design still manages to retain that signature Armani style while adding a new sporty aesthetic. One thing is for certain with any product bearing the Emporio Armani logo, you can expect clean lines, a refined understated look that will fit with any and all outfits. The addition of extra flair colors also means the Smartwatch 3 is designed to attract attention. 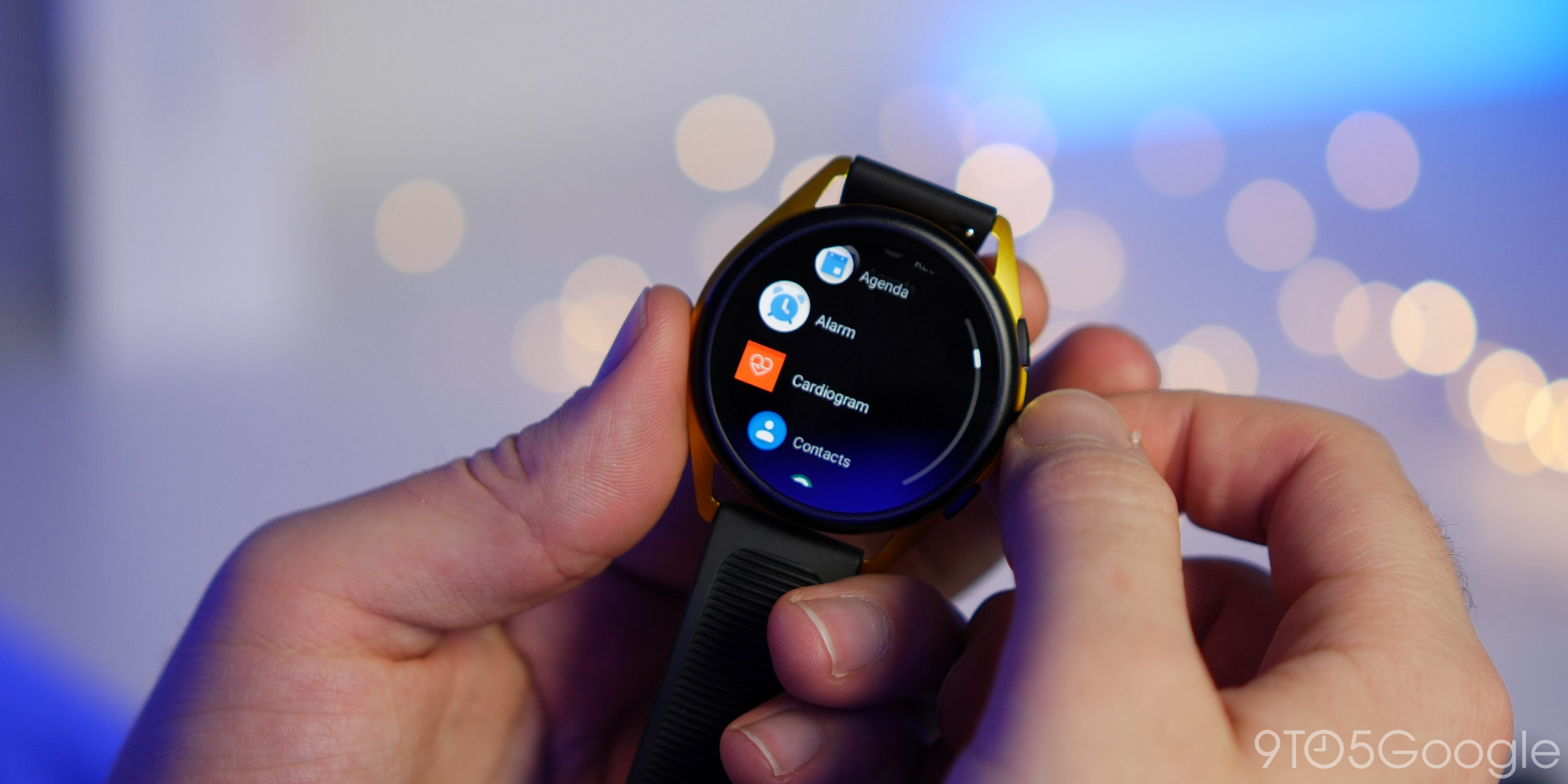 Wear OS stills is what it is, it’s not quite where it probably should be in terms of userbase and overall quality but it’s still by no means a completely terrible watch operating system. It does probably everything you could realistically want from a smartwatch — from checking emails to responding to texts and calls. The experience isn’t terrible but it also isn’t quite as seamless as it probably should be.

You do get all the benefits of Google Assistant on your wrist alongside all of your Google apps — which does make the Armani Smartwatch 3 a perfect companion to your Android phone. However, there are some preloaded apps on this version of Wear OS, as the Armani Connected 3 comes with Spotify and a heart health app Cardiogram out of the box — the latter allowing you to keep a closer eye on your overall heart health by taking more accurate readings.

Being able to make purchases with Google Pay is one thing I have been doing quite a bit with the Armani Smartwatch 3 on public transport and even at some self-service payment terminals in stores. It’s not something I ordinarily do but I found myself using it more on this particular watch and it has been flawless — except for one thing. I found myself forgetting the pattern for my lock screen in a hurry, as for adding a PIN, on a screen this small it isn’t recommended.

As for actual watch performance, the upgrade to the Snapdragon Wear 3100 chipset makes a heck of a difference but the RAM being cupped to 1GB is the biggest internal hardware change. For the most part, the experience is pretty slick — or as slick as it can be. There are very brief moments of lag and slow down but they are very few and far between.

My biggest complaint is how long it takes apps to load, the performance isn’t terrible by any means, it just takes a little while for apps like the Google Play Store and Play Music to load and that can be a little frustrating. Because of that, it’s not immediately clear how the Emporio Armani Smartwatch 3 will fare in 12 months, for now, it’s pretty much as good as it gets on Wear OS. 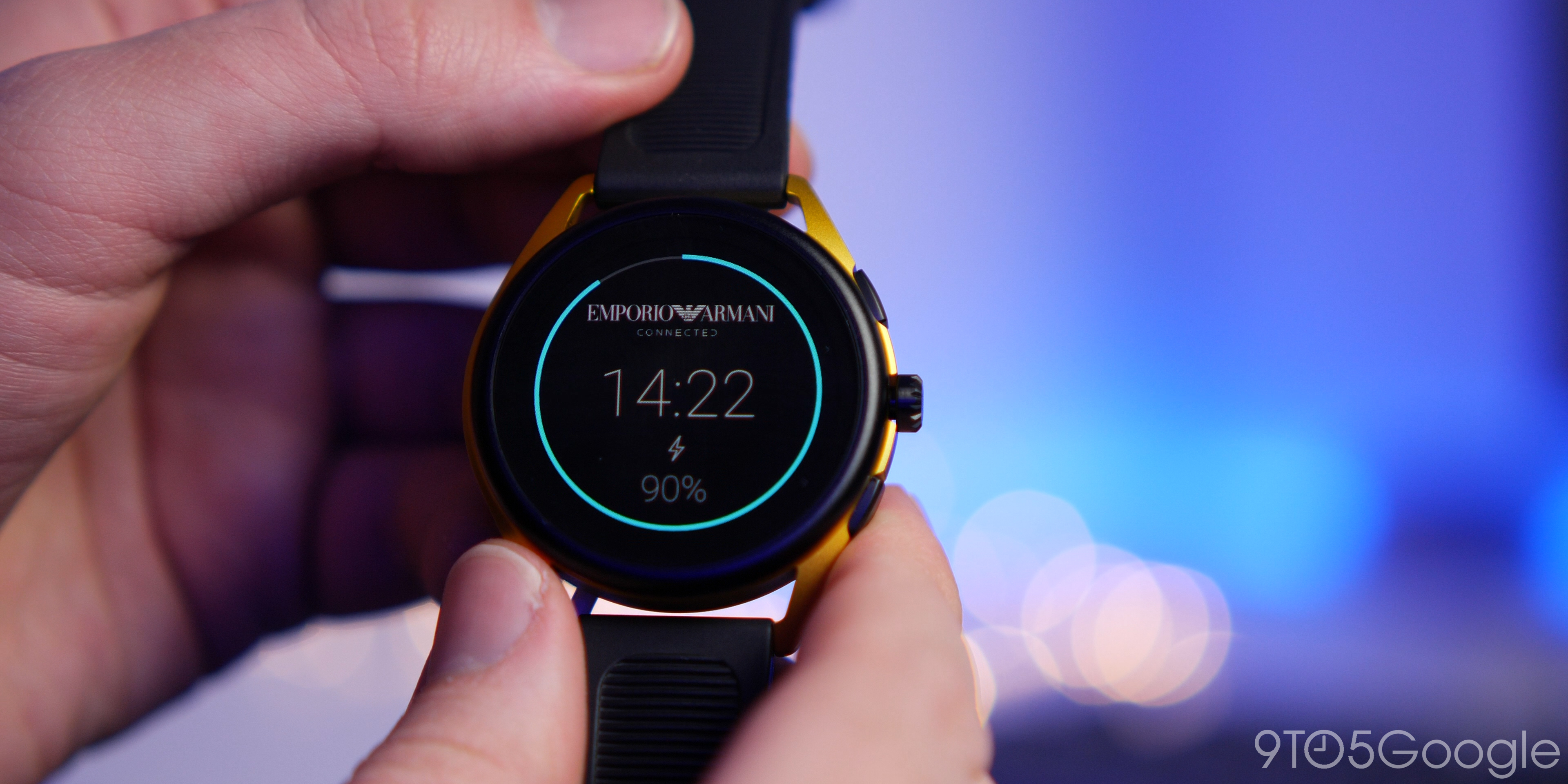 A sore point for almost all Wear OS watches I’ve tried. The battery on the Emporio Armani Smartwatch 3 is not substantially better than on the previous version but it is better. I can manage a day with relative ease but two days is unattainable in my experience with GPS location being tracked by Google Fit and the Always-on display being active.

You can stick the Armani Smartwatch 3 into a number of battery saving modes though if you just want to get through a long weekend or especially busy day. The Essential mode turns off Bluetooth after 10 pm until 6 am the following day, and it deactivates the speaker and GPS location tracking. I’ve rarely used this mode though as it kind of defeats the purpose of wearing a smartwatch.

The charger will top up the battery quite quickly but Fossil really needs to re-work the charger as it’s easy to knock-off and sometimes not seating quite perfectly with the contacts leads to a dead smartwatch when you make a minor touch. The cable is also really thin and in no way durable. I’d love to see Qi Wireless charging make it to the Fossil and Armani line in the future. 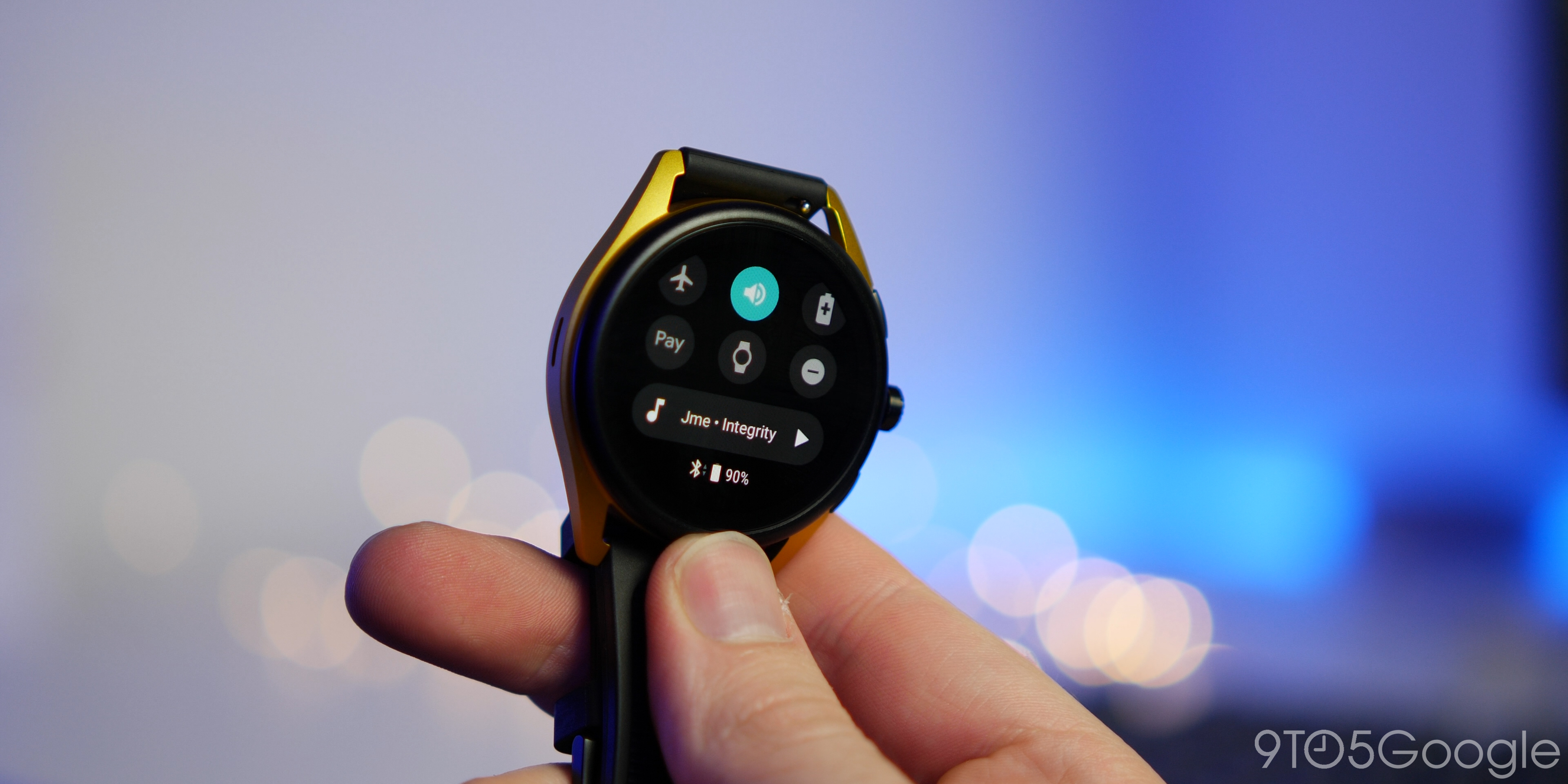 At over $350, the Emporio Armani Smartwatch 3 is quite hard to recommend for everyone. While it’s hard to give our full seal of approval because of the pricing, it still does have a fantastic design and build, the performance is pretty solid and there’s no doubt that it’s a great smartwatch overall.

If you can get over the biggest hurdle of the price-tag, or manage to get a good deal, then we’re sure you’ll be very happy. It’s not the biggest leap but the Armani Smartwatch 3 takes what made the Connected series so classy and adds a sporty element that doesn’t detract from the high-end feel and experience.

Where can I get the Emporio Armani Smartwatch 3?

If you want this high-end smartwatch experience for yourself, the Emporio Armani Smartwatch 3 is available in six colors and finishes for around $375 from Amazon or Emporio Armani direct.