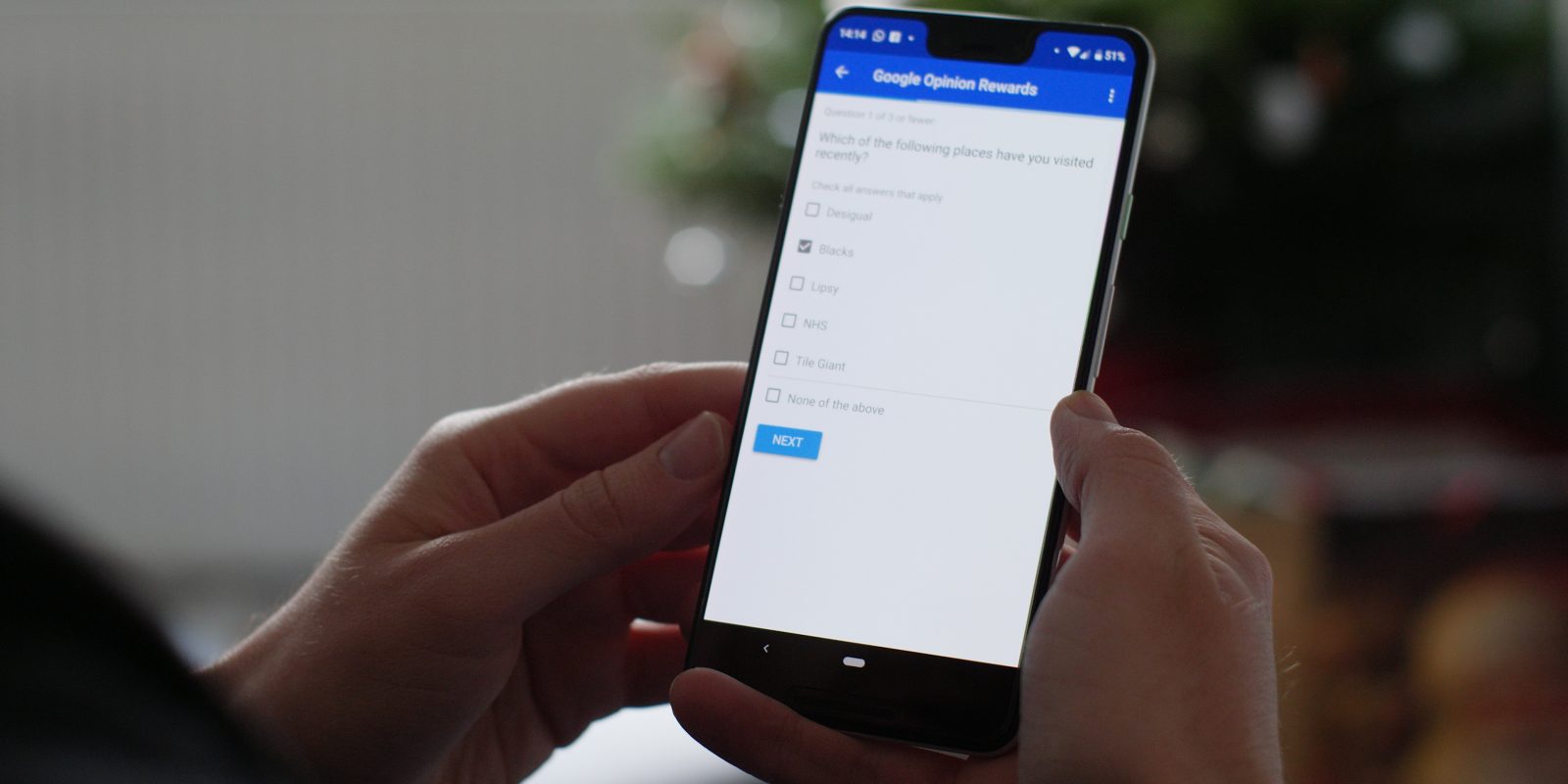 The Google Opinion Rewards app really is a great little way to receive free Play Store credits to go toward apps, games, music, and movies just for answering some simple surveys and questionnaires.

However, while the credits gifted by the Google Opinion Rewards app can be accumulated quite substantially, these credits expire one year after initially awarded. The biggest problem is that you get no formal warning of when your credit is set to disappear.

[Update 12/09]: Google is now rolling out the expiration dates for any previously earned credits within the Google Opinion Rewards app (via Android Police). The update seems to be server-side, meaning that it should be heading out over the coming days.

When you now fire up the Google Opinion Rewards app, you’ll see exactly when a specific portion of your credit is set to run out. As you’ll notice from the screenshot below, it’s nice and prominent, ensuring that you know just when you have to spend that specific allotted portion of your Play Store credit balance.

It’s also worth noting that the ‘Reward history’ section still doesn’t show individual expiry dates for your credit balance — which is still disappointing. At least it’s better than just seeing your Opinion Rewards balance dissipate without any warning.

According to posts on Reddit, some people have been receiving notifications to check their Opinion Rewards credit balance (via XDA-Developers). The original poster notes that they saw a quite substantial $63 disappear from their credit balance, which is especially strange, given that it would be almost impossible to earn an amount that large in just one day of answering surveys.

Google seems to be showing a message with a link to help center pages when you load up the Opinion Rewards app. The help center pages explain that Google is currently working on updates to help notify you when your credits are set to expire.

Google Opinion Rewards recognizes that it may be difficult to know when your Google Play credits will expire. We are currently making updates to give you notice of impending expiration.

You may have seen a decrease in your Google Play balance recently, caused by a bulk expiration of Google Play credits older than one year. If you have been adversely affected by this, please check back next week for an update.

There is even an explanation for the major drop seen by posters over on Reddit. This appears to be because of bulk expiration of older Google Play Store credits. That still doesn’t explain why credit accumulation would reach those levels before being taken away.

You can view your current promotional credit balance within your Google Play Store wallet along with the expiration date underneath. It’s as easy as heading into the Play Store and selecting “Payment methods” from the side hamburger menu. Within the original Reddit post, several commenters are seeing the expiry date shift back when they make a purchase with their promotional balance.

Some are even stating that separately purchased gift card balances are disappearing — which is quite shocking. We’re sure that some clarification will come from Google regarding these balances in the coming days.