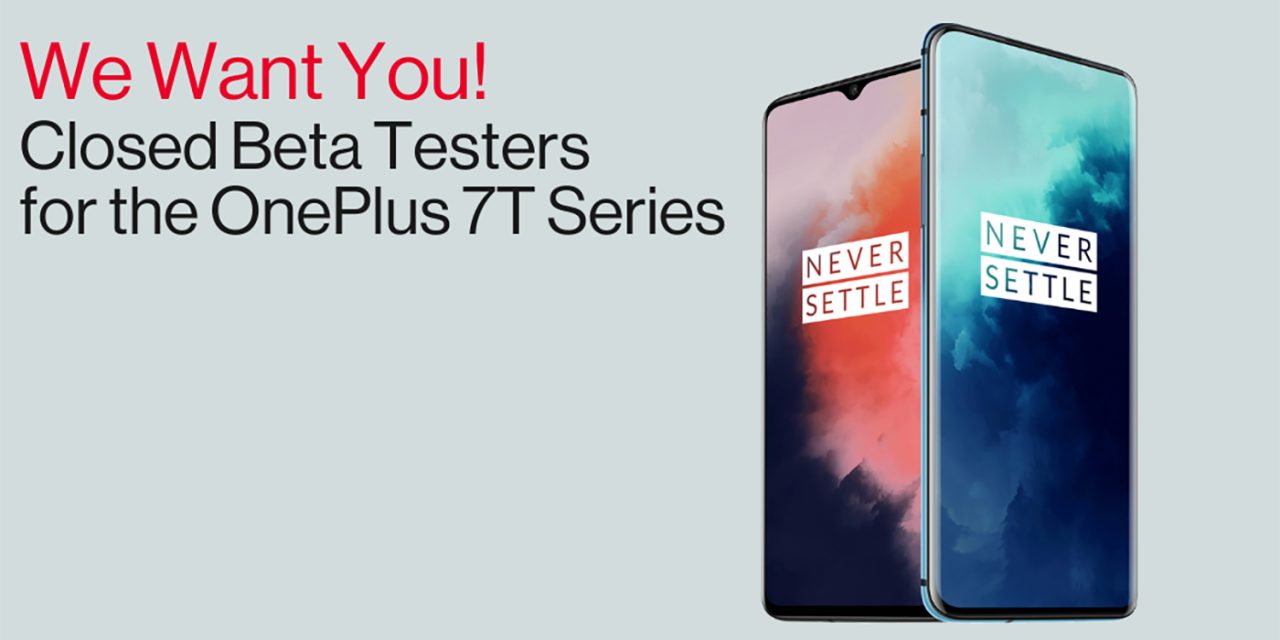 While the Open Beta path is a very popular way for just about anyone to get a taste of upcoming OxygenOS features ahead of stable releases. OnePlus also offers a closed beta for its devices — which now includes the OnePlus 7T and 7T Pro.

These smaller closed beta programs are great for diehard fans to potentially test out things far ahead of the crowd and even requires those chosen to sign an NDA — which gives you an indication of just how big a part you’d potentially have to play in shaping future OxygenOS builds.

OnePlus announced the opening of the closed beta over on the official OnePlus forums but, unfortunately, there are only 250 slots available. It’s not a case of first come, first served either. OnePlus will select just who gets on the OnePlus 7T series closed beta, making an elite crew of testers that get all of the goodies ahead of time.

If you meet those and want to be considered, then you should head over and fill in this form to be considered. You might want to hurry though, as sign-ups have been open for over 24 hours at this point and the window of opportunity for the OnePlus 7T series closed beta are closing fast.

Although it’s definitely worth noting that you’ll be giving up stable software in favor of potential new features and functions that may or may not ever come to a stable build of OxygenOS. If you’re happy to put up with that, then, by all means, go for it.