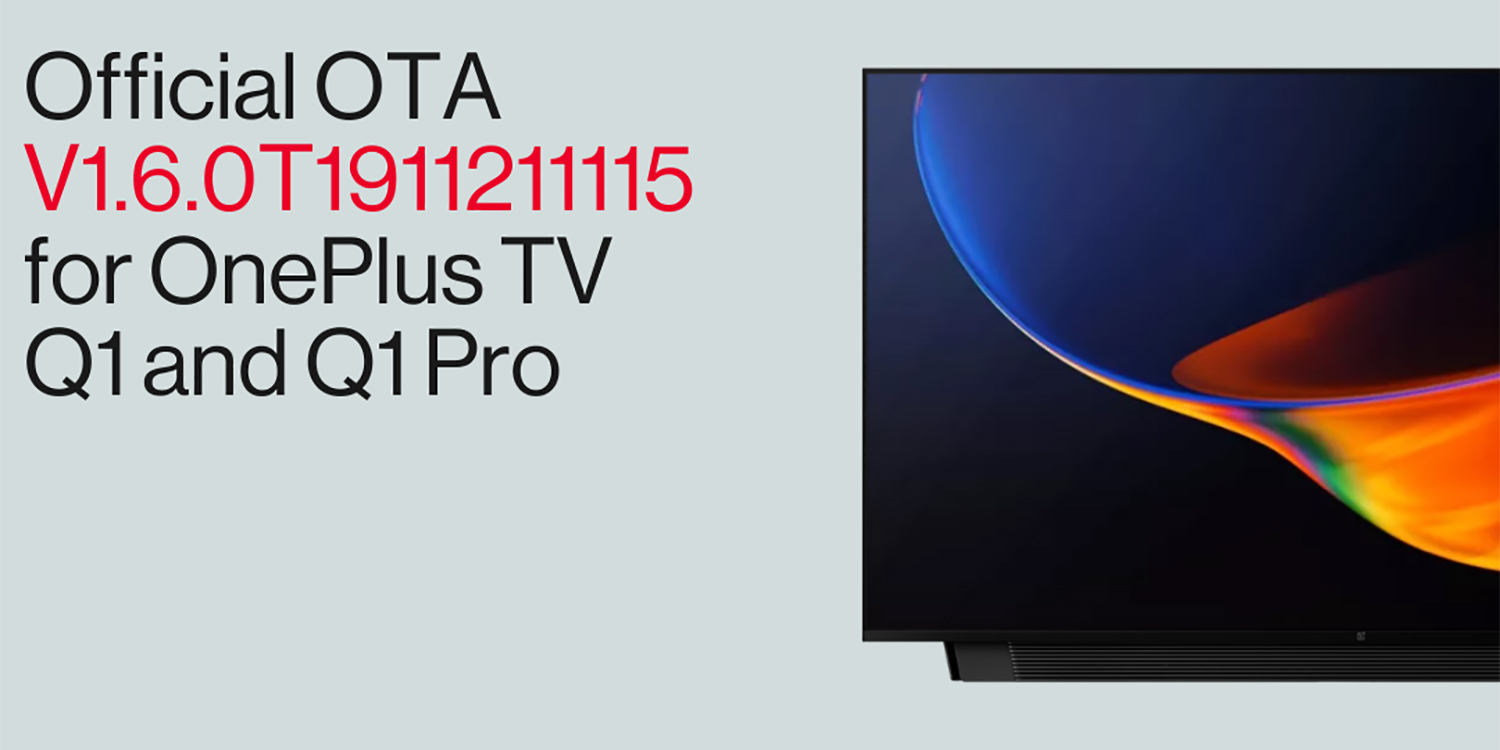 The OnePlus TV is now receiving an update that will bring Netflix support among a host of other fixes for the India-only smart TV.

While we wait to see if OnePlus will bring their first non-smartphone hardware to other global markets, the addition of arguably the most popular streaming platform is a major deal. Netflix support was notably absent when the OnePlus TV was launched alongside the OnePlus 7T earlier this year.

[Update 12/09]: The ‘Netflix update’ for the OnePlus TV is now heading out after initially being pulled. The update has been confirmed over on the official OnePlus Forums, with essentially the same changelog but a new build number.

This updated build now comes as V1.8.0T1911211115 for the OnePlus TV Q1 and Q1 Pro, it’s not entirely clear why the first update was pulled but OnePlus has been swift to correct any problems and now you can update your Android TV set and enjoy Netflix plus some more fixes and tweaks. 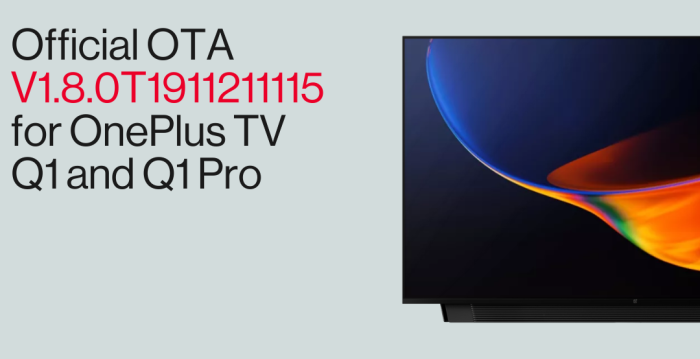 OnePlus has stated that this update will be incremental, so it will head out to a small subset of owners today, before a wider rollout over the coming days — so don’t worry too much if you don’t get the OTA update right away.

OnePlus did confirm that the streaming service would eventually come to their first TV set shortly after launch but we were left in the dark as to when it would actually arrive. In a blog post over on the official OnePlus forums, OnePlus TV Sofware PM, Steven X. confirmed that this second OTA update was finally adding Netflix after months of waiting.

This OTA update will bump the OnePlus TV to V1.6.0T1911211115 and includes a number of other optimizations for the TV beyond just adding Netflix. You can see the full changelog below.

The update is set to have an incremental rollout, so those of you that are lucky enough to own the OnePlus TV, you may not see Netflix on your smart TV for a few days until the OTA file has fully rolled out.