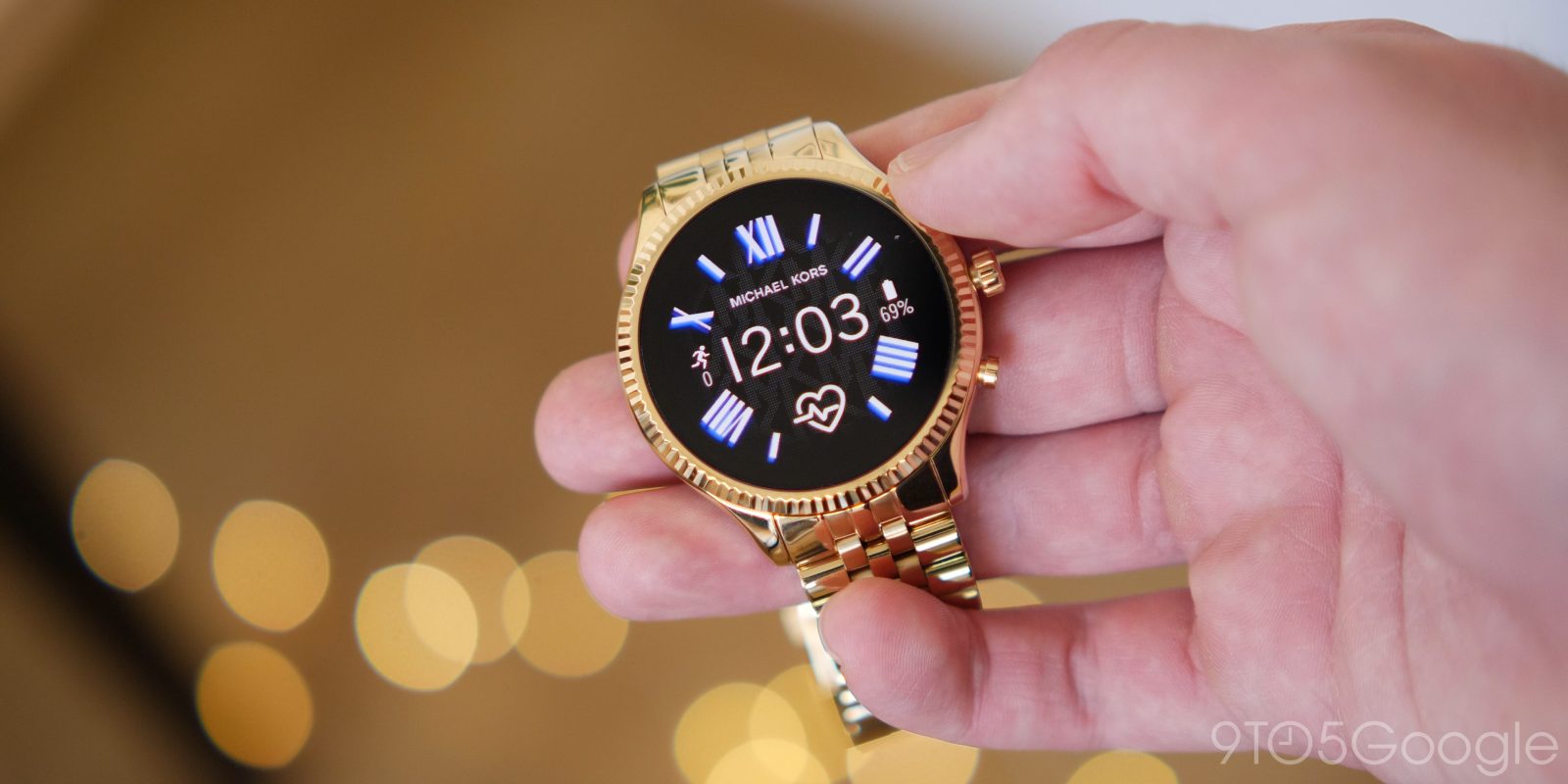 The Michael Kors Access Lexington 2 is aimed more toward women, and the smartwatch is a solid fashion smartwatch — albeit with quite a steep entry cost.

Part of the new wave of smartwatches made by Fossil, the Lexington 2 comes not only with a really long name but also updated internals that should help boost overall performance and improve the entire experience of Wear OS. It also does this while wrapped in shiny externals that mimic many of the popular non-smart watches right out of the Michael Kors house of fashion.

Naturally, some of you might balk at the steep entry price of $350, but for those wanting a something a little more high-end or for the style-conscious, the Michael Kors Access Lexington 2 gives you another solid fashion-focused watch option that runs all of your favorite smartwatch apps — and also happens to work with your Android phone.

Given that you can pick up the Lexington 2 in an array of colors, it’s also far more unisex than you might have initially thought. It also differentiates itself enough over other Fossil-made Wear OS hardware to make it a compelling option if you want something that stands apart from the crowd. Like those, though, this is still a niche smartwatch in an even more niche portion of the market. 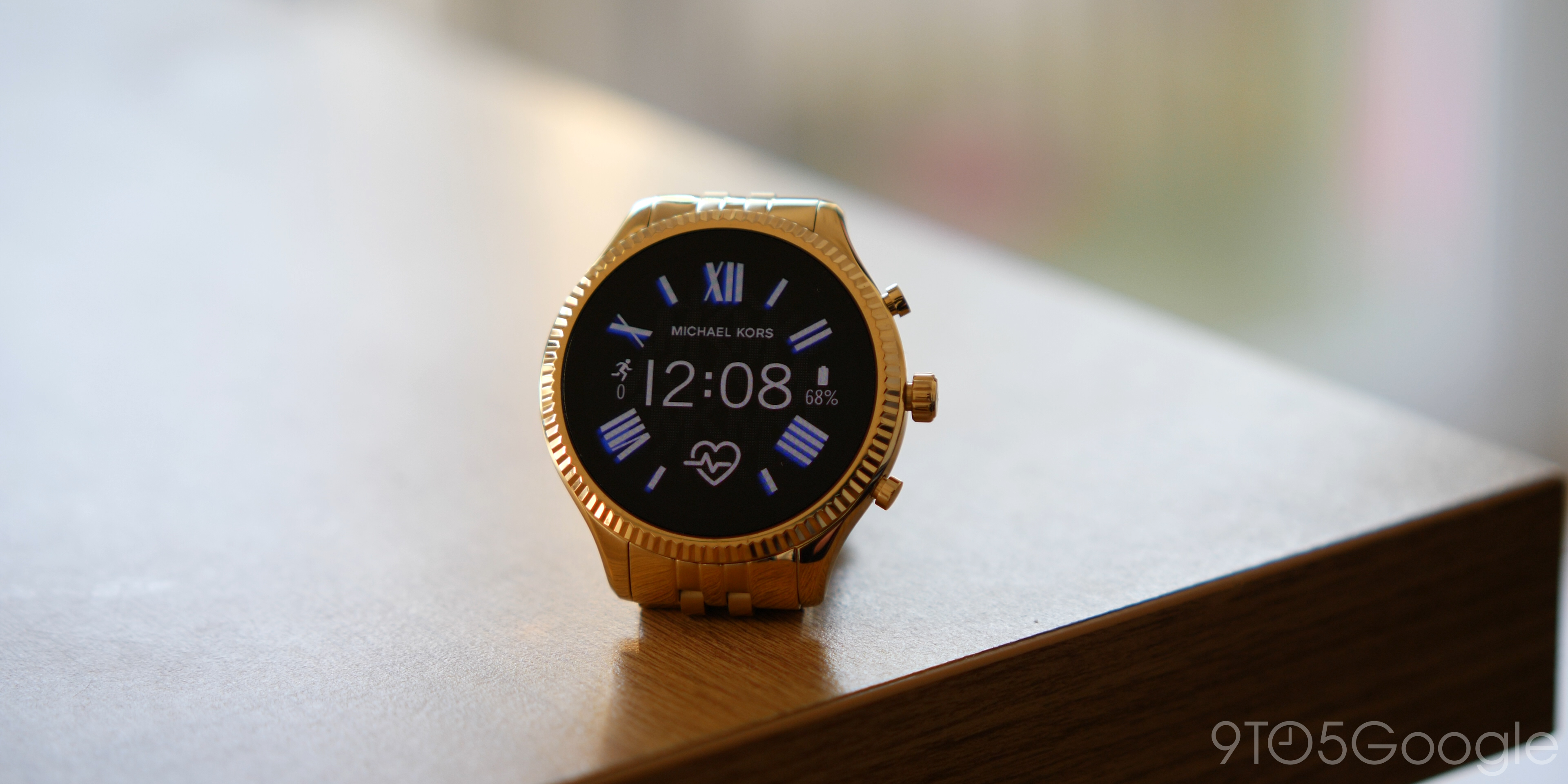 One of the best things about many of the Fossil-made smartwatches is how closely they resemble other traditional watches from the manufacturers they partner with. Of course, the Access Lexington 2 is yet another excellent example.

It doesn’t look particularly like tech — as the best tech does. You could easily mistake this for a traditional Michael Kors watch at first glance. It’s something that Fossil has perfected over the past couple of years, even if it does mean that a high price tag more likely as a result.

Although the externals differ, this is essentially a Fossil Gen 5 watch with a tweaked design and look — as are most of the latest Fossil-made Wear OS smartwatches. While that isn’t a major negative, when you consider just how much cheaper the Fossil Gen 5 is compared to the Michael Kors Access Lexington 2, it makes you wonder who would pick this over the Fossil.

You get the Snapdragon Wear 3100 chipset, 1 GB of RAM, and 8 GB of internal storage. There’s room for the new speaker, NFC, water resistance up to depths of 30 meters, built-in GPS, and a heart-rate tracker.

Like most Michael Kors watches, it is by no means understated. It has been designed to be noticed and stand out from the crowd. The 44 mm case in gold looks especially striking, although it wouldn’t be my personal color choice. The etched crown doesn’t actually turn, but the main side button rotates. The other buttons are a little spongey for my tastes, but are easy enough to activate.

I am not a huge fan of metallic straps as they catch the hairs on my wrist. However, I appreciate that they look great, and many people have no issues or problems with them. That said, I wouldn’t ever suggest the Michael Kors Access Lexington 2 for anyone that wants a smartwatch for regular gym visits.

The sheer size of the 1.28-inch display means that it can affect your wrist’s range of motion. It looks good, though, even in what I might consider a garish all-gold color. You can swap out the bracelets for something a little more “comfy,” but it would be a shame to do so unless you can find a decent replacement. 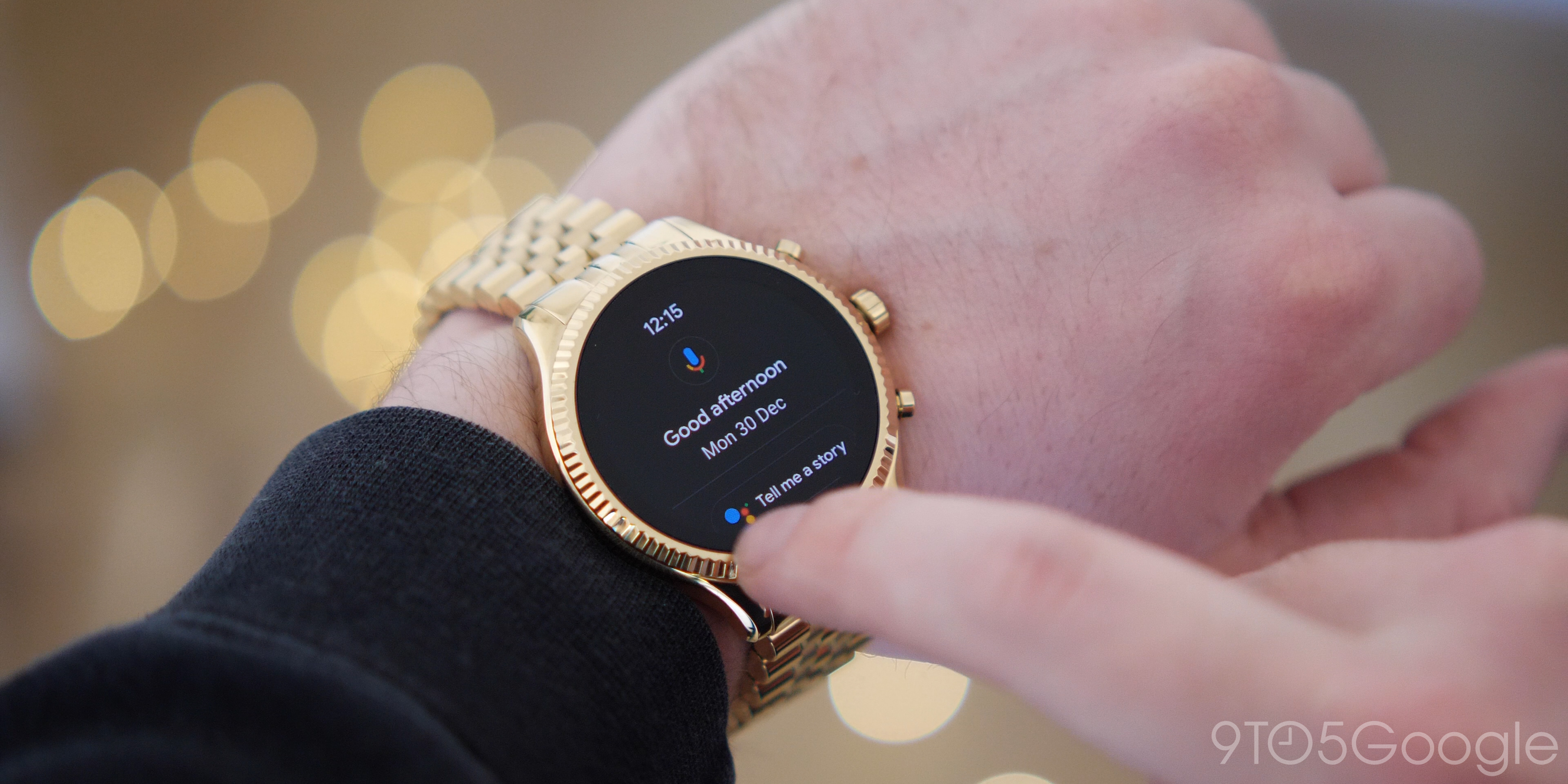 Even with 1 GB of RAM, performance on almost all Wear OS watches is mixed at best. Sometimes it’s smooth, but other times it struggles to keep up with touches, swipes, and taps. I think you could forgive this a bit more if you paid less than $150, but at more than $300, it’s harder to ignore. That said, it is very infrequent, and for the most part, the experience is more or less solid.

Maybe that’s not the fault of the smartwatch, but it’s becoming more of an issue, as Wear OS should really be far more mature than it is right now. Granted, you can still run all of the apps you would likely need with no real issues — and I suppose that is the most important bit of information here. I personally don’t mind somewhat slower performance if battery life is jacked up.

While I can’t speak for everyone, a smartwatch only really needs to be an extension of my smartphone notification drawer — with GPS and fitness tracking slapped on top — which means that Wear OS, even in its current state, is just fine for my use-case. The Michael Kors Access Lexington 2 does that as well as any other Wear OS smartwatch at this stage. Almost anything you throw at it will work about as smoothly as it possibly can.

I mentioned the speaker earlier on, and while it’s a nice addition, the quality is not particularly great. I’m not sure if it’s the casing or just the speaker itself, but any sound coming out sounds incredibly tinny and distant. That said, at least you can now make phone calls from your wrist and hear the person at the other end of the line. 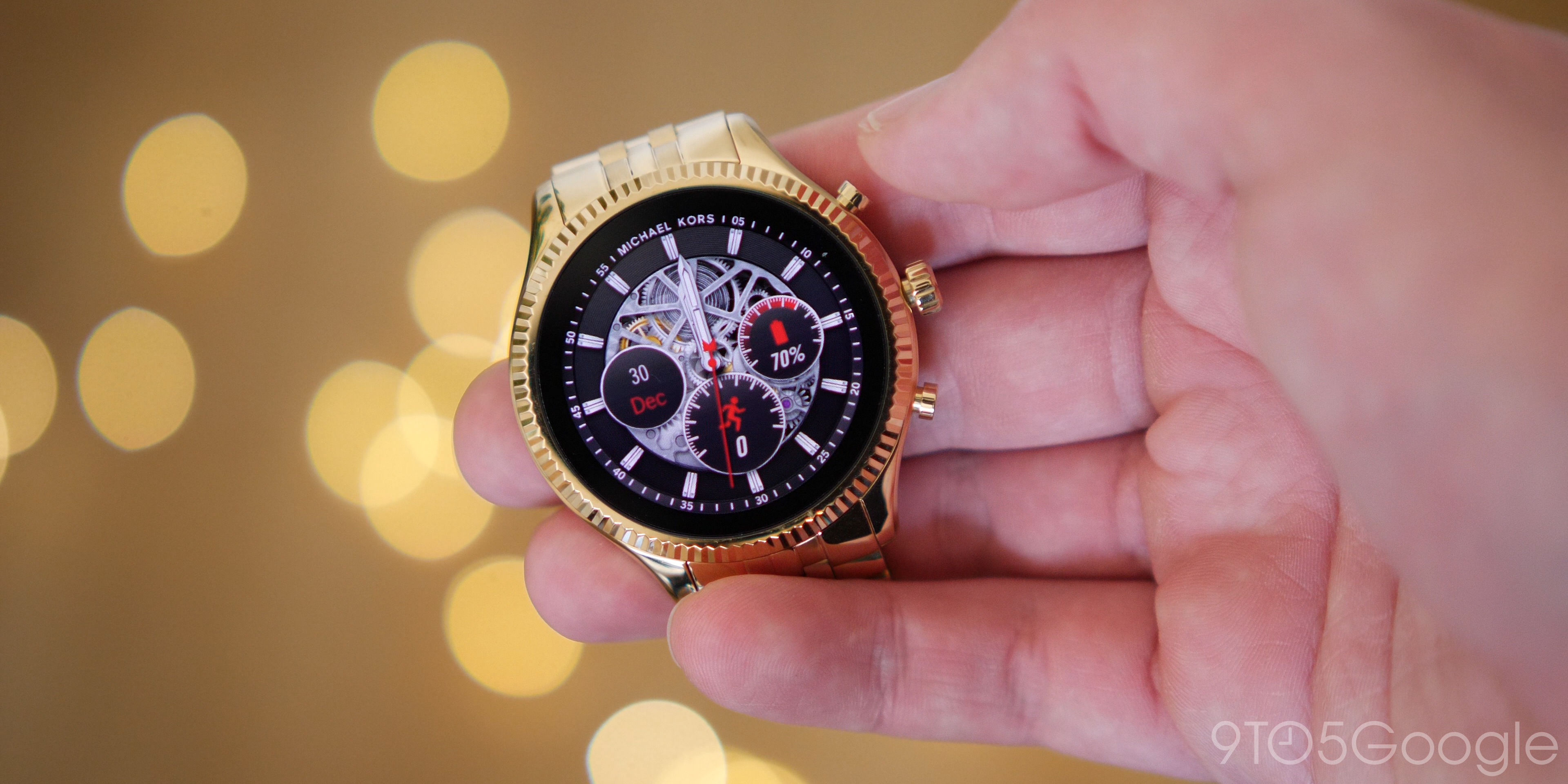 I’ve managed just short of two days of wear with the Michael Kors Access Lexington 2 before having to seek the charging cable. The watch is rated as having a 36-hour battery, and for the most part, that does seem to be the case. It’s unclear how this may dip over an extended period of time, but for now, it seems to be just fine.

If you’re happy to disable a few settings or features, then you can get a few days of lifespan, thanks to some battery-saving modes and functions. These are great if you are going to be away from a power outlet for a while, but you won’t be able to use things like NFC and GPS, and it effectively turns your smartwatch into a digital watch — which kind of defeats the purpose of buying a smartwatch, in all honesty.

While it’s a perfectly fine watch, the Michael Kors Access Lexington 2 is a little bit pricey, especially given that the internals can be found on other smartwatches costing hundreds less. While the Lexington 2 has all of the features you might want, the design means it’s not the best for every scenario. However, the battery is reasonable, the design is an acquired taste, but if you want a smartwatch with the Michael Kors logo embossed on it, then this is the best one you can buy.

Where can I get the Michael Kors Access Lexington 2?

You can buy the Lexington 2 on Amazon. Priced at $350, it’s a fantastic smartwatch, but it might not be the best option if you want a Wear OS-powered watch for an active lifestyle. In that case, the Fossil Gen 5 at $220 or the Emporio Armani Smartwatch 3 at $375, if you want something a little more high end, would be better options.