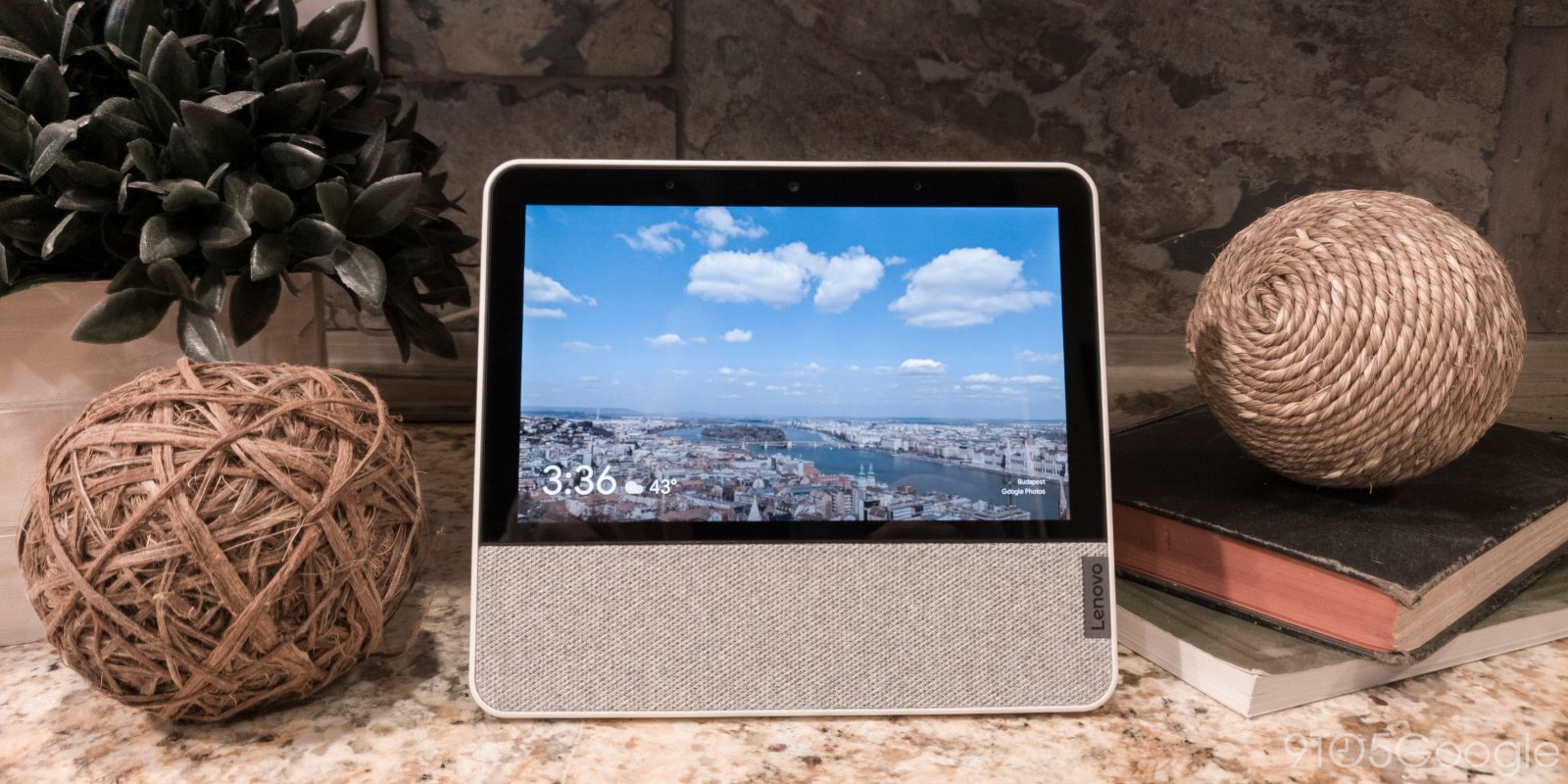 It’s been almost a year since I got my first Assistant-enabled smart display, the Google Nest Hub, and since then, it has been at the center of my daily routine. I loved it so much, in fact, that I got another one.

I mainly use my Google Home devices to listen to music, get news briefings, and control lights, so the concept of the smart display fits perfectly in my workflow as the control center for everything happening in my home. Naturally, when Lenovo asked me to take their new Smart Display 7-inch for a spin, I was eager to get it up and going.

The 7-inch Smart Display, at its core, is very similar to last year’s Nest Hub. It comes with the same 1024 x 600 IPS display in the same size, and takes up about the same amount of space. However, it does that while adding a 2 MP wide-angle camera and an RGB light sensor.

At the same time, it departs from Lenovo’s signature fold-out design we’ve seen in their 8-inch and 10-inch models. The 7-inch model comes in a cool “Blizzard White” color, and positions its front-facing speakers on the bottom, rather than the traditional left side orientation that the 8- and 10-inch models carry. Unfortunately, you can’t rotate it to portrait mode like other models (I tried).

This iteration of the Smart Display brings a few new features to the table. Lenovo is touting a “Color Tone” RGB light sensor for the Smart Display 7-inch, which allows the screen to tint based on the tone of lighting in the room. I couldn’t notice its effects during normal use, so I decided to take things to the extreme and test just how accurate the color shifting was. With colored paper in front of my phone’s flashlight, I flooded the RGB sensor with R, G, B, and all of the other letters I could find. To my amusement, the display adjusted to match the color quite accurately. 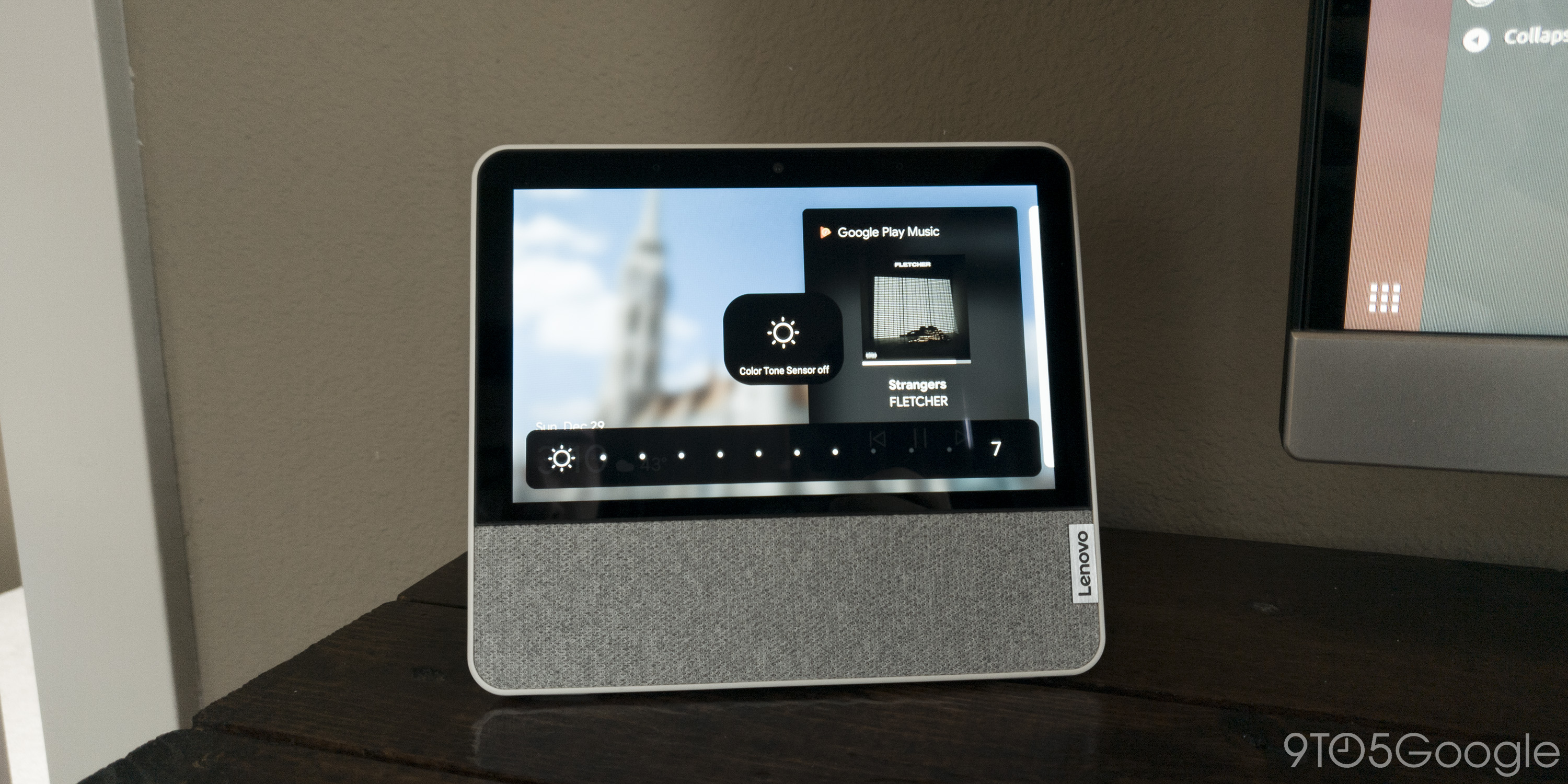 Strangely, the Color Tone feature must be enabled and disabled in tandem with adaptive brightness. If you have to manually set the brightness at any point (which was my case ⁠— more on this later), the feature will be disabled and the screen will be locked on a standard, cold hue. Even with these off, the RGB sensor will keep taking readings to know when the display should go into Ambient mode, and if you pay close attention, the sensor is faintly visible as a flashing red light to the left of the camera.

The Smart Display 7-inch also quietly brings an upgrade to the faster Bluetooth 5 standard, as well as the addition of a passive radiator for deeper sound range. It is an impressive device for its size, and that became obvious in my first few hours of using it.

When I first plugged in my Smart Display, it took about 15 seconds to show any signs of life. This happened to be just the perfect amount of time to get me to panic, so don’t do what I did. The boot screen will appear after a good moment or two. After the Lenovo logo disappears, the Assistant’s familiar colored dots pop up, and the user is greeted with a friendly chime. 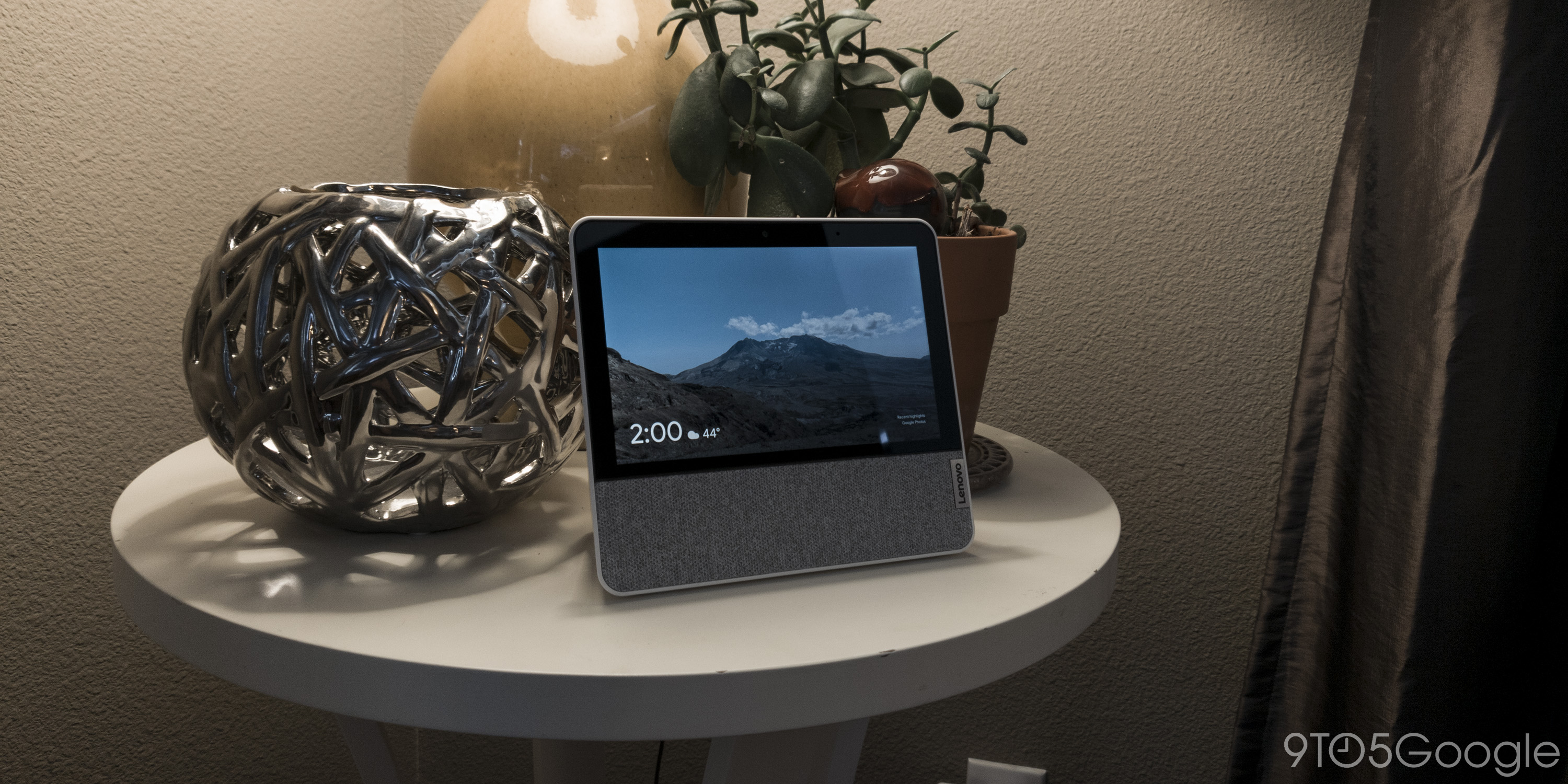 I was surprised to find that setup was identical to that of Google Home family. My first interactions with the display and Assistant felt very at home, as the UI was effectively identical to the Nest Hub family’s despite the two devices running completely different operating systems. Even still, I couldn’t ignore the fact that the Smart Display’s UI was a tad bit slower than I expected.

How does it sound?

I wouldn’t call myself an audiophile by any means, but my obsession with music is undeniable. It’s what I use my smart devices for most, so without thinking, it was the first thing I tested after setup. Testing the Smart Display alone was impressive, it brought a very noticeable improvement over the Nest Hub that used to occupy its space. Its 1.5-inch full-range speakers did not shy away from any of the songs I threw at them, and the new passive radiator was actually strong enough to feel a vibration through my desk (which is so solid it would probably survive the apocalypse). With Lenovo’s design, front-firing makes all the difference for clarity and volume, and it makes me wish that all speakers could be like this. 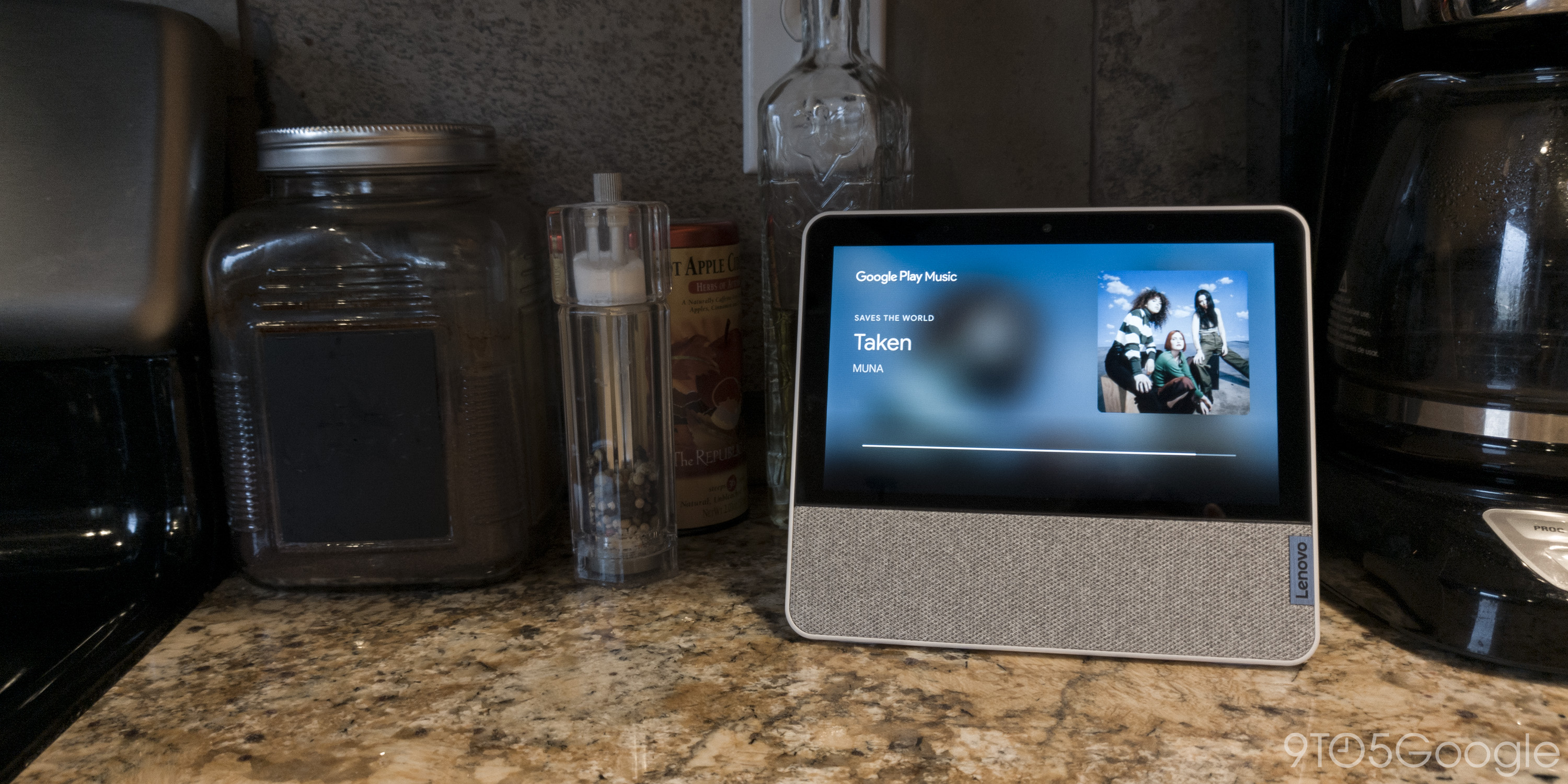 What’s even more impressive, however, is what I found when I configured it in a speaker group with my Google Home Max. To aid visualization, let me explain my main setup: I have my Home Max sitting on the right side of my desk, and the Smart Display on the left (where my Nest Hub used to be) to control it. With both playing music, I managed to strike a balance between the two at a considerably loud volume. I found that, with the Smart Display at 80% volume and the Home Max at 65%, the two would sound about the same at around mid-range.

Obviously, the Max trumped it at more broad highs and lows, but the Smart Display puts on quite a show for as small a device as it is. Listening to podcasts and news briefings is also easy no matter where you are in the room, as it can project spoken audio clearly and over a good distance. 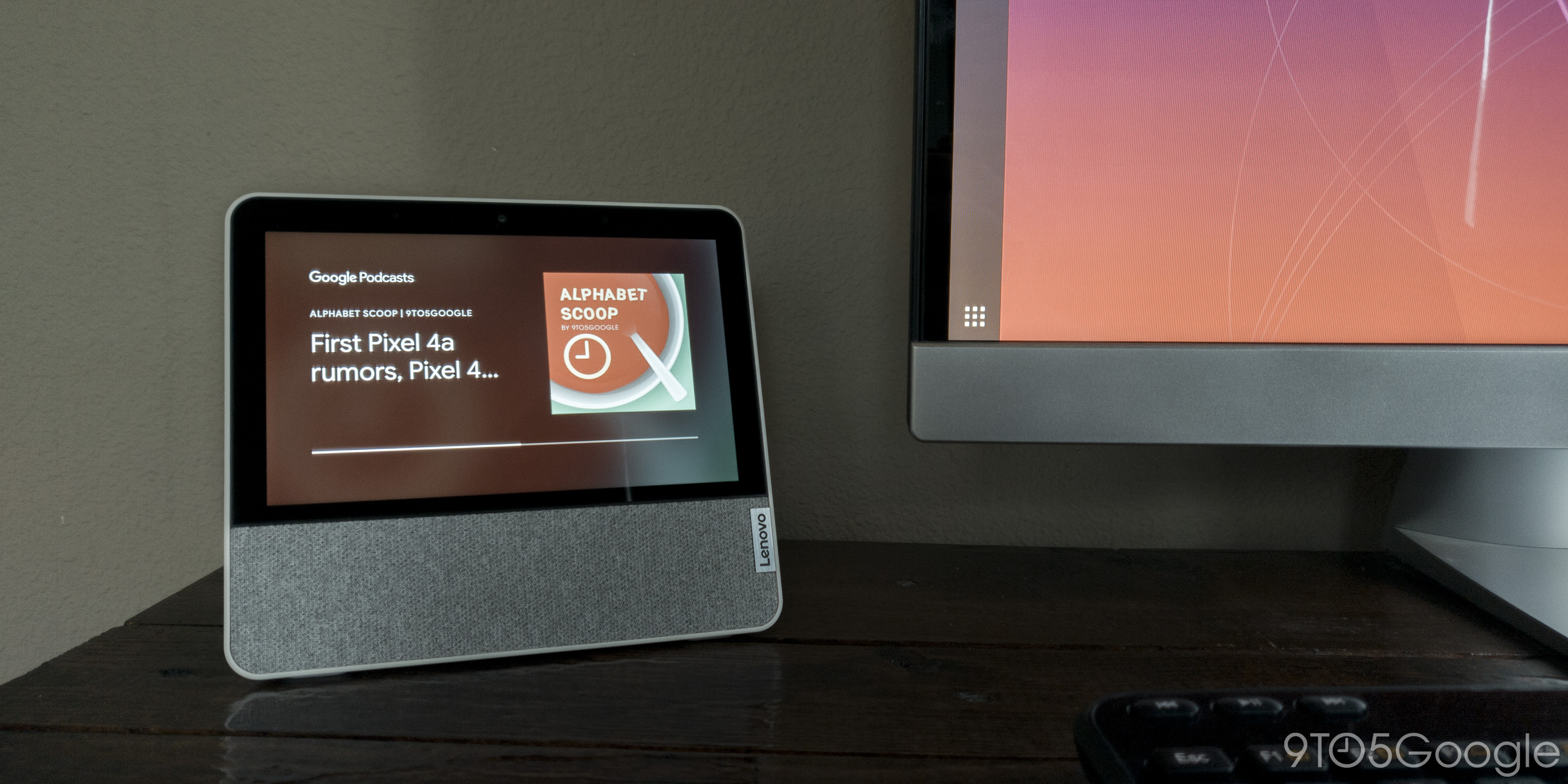 How does it look?

The screen on this device is nothing revolutionary, but it doesn’t need to be. The 7-inch glass display spans the front within half-inch bezels, and runs a standard 1024 x 600 resolution. While 600 p is obviously not the highest definition out there, text is sharp and media looks great on it from any distance, so it’s doing its job perfectly. Add on Lenovo’s Color Tone magic and it fades into the background until you need it again.

Speaking of Color Tone magic, I wish I could have seen it in action more. For some reason, my Smart Display was having trouble judging the light levels in my room, and when Color Tone was enabled the display would sink to uncomfortably low brightness levels. At night and with my lights on, it would sometimes enter Ambient mode, even while I was awake and near it. To get around this, I had to set the brightness manually and forfeit Color Tone functionality. My Nest Hub did not have this problem, even at times when my room was considerably dimmer than usual. 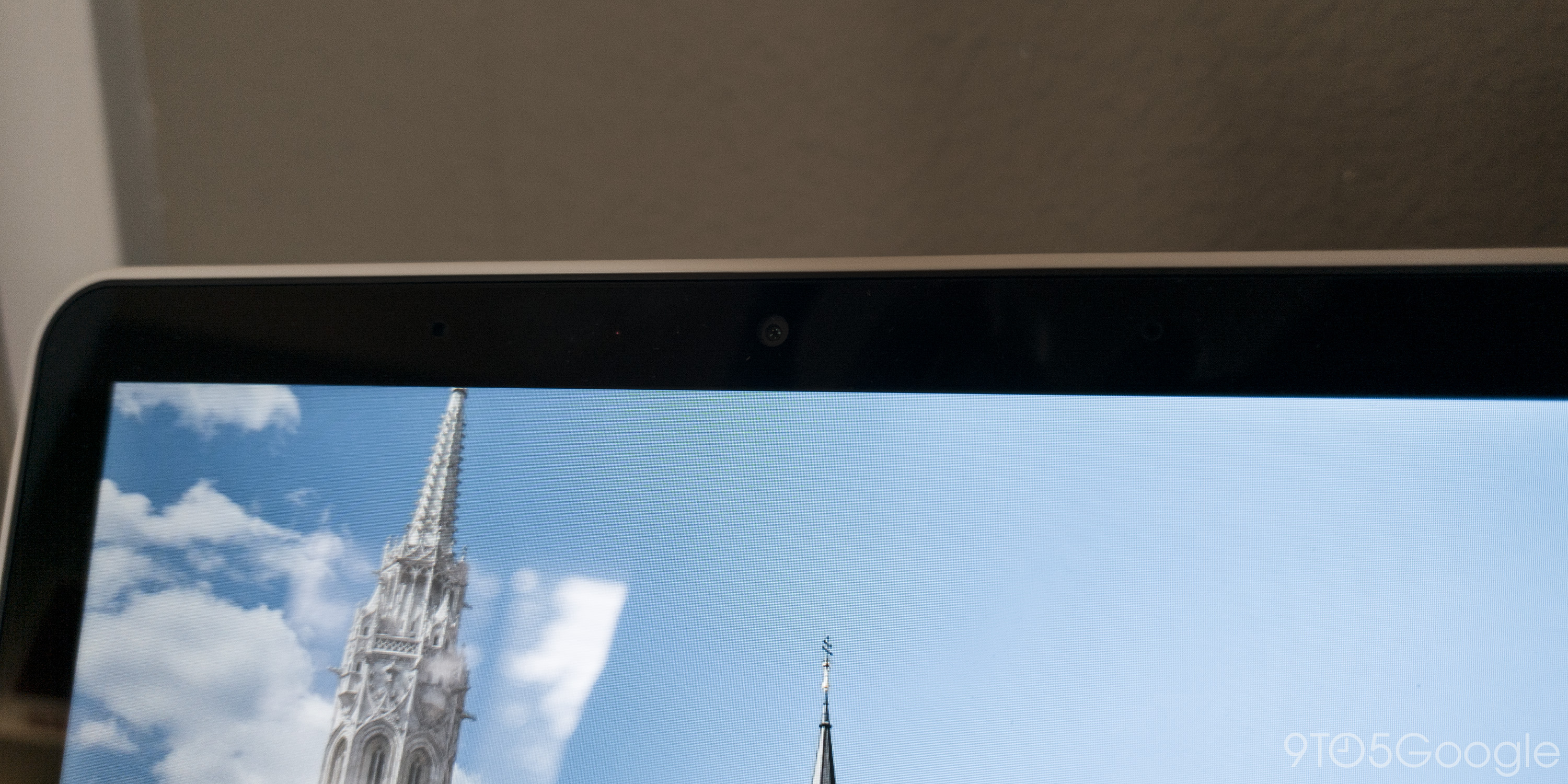 An advantage that the Smart Display 7-inch has over its Google counterpart is the addition of a camera up top, complete with Duo video calling and a physical privacy shutter. This seems like a pretty good deal if you don’t want to cash in on Google’s higher-tier Nest Hub Max for another $129, but it doesn’t add enough to the experience to justify its existence.

With Lenovo’s 2MP camera, you don’t get Face Match capabilities, and video calls on Google Duo are less than stellar. Images produced by the camera are murky, oversaturated, and fuzzy, as if an otherwise good lens was squinting very hard. Here’s what the Display saw when I called it for the first time (my expression did all of the talking). 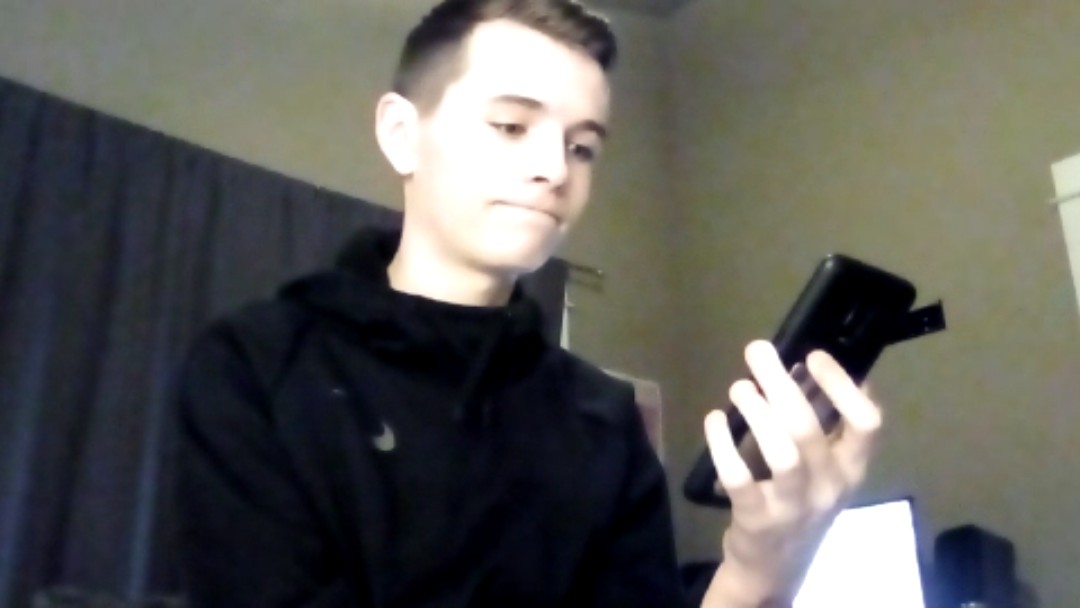 How does it feel?

Using the Smart Display over the past month has been a pleasant experience. In most cases, it’s worked just the way I’ve needed it to without any fuss. The Android Things-based system it runs gets the job done, even if it lags behind the Nest Hub’s Cast platform a bit, and it integrates with my other smart devices seamlessly.

For all intents and purposes, it’s the middle child the Nest family never had — great speakers, a helpful display, and the addition of a camera, which makes it an improvement on Nest Hub, but just short of Nest Hub Max. 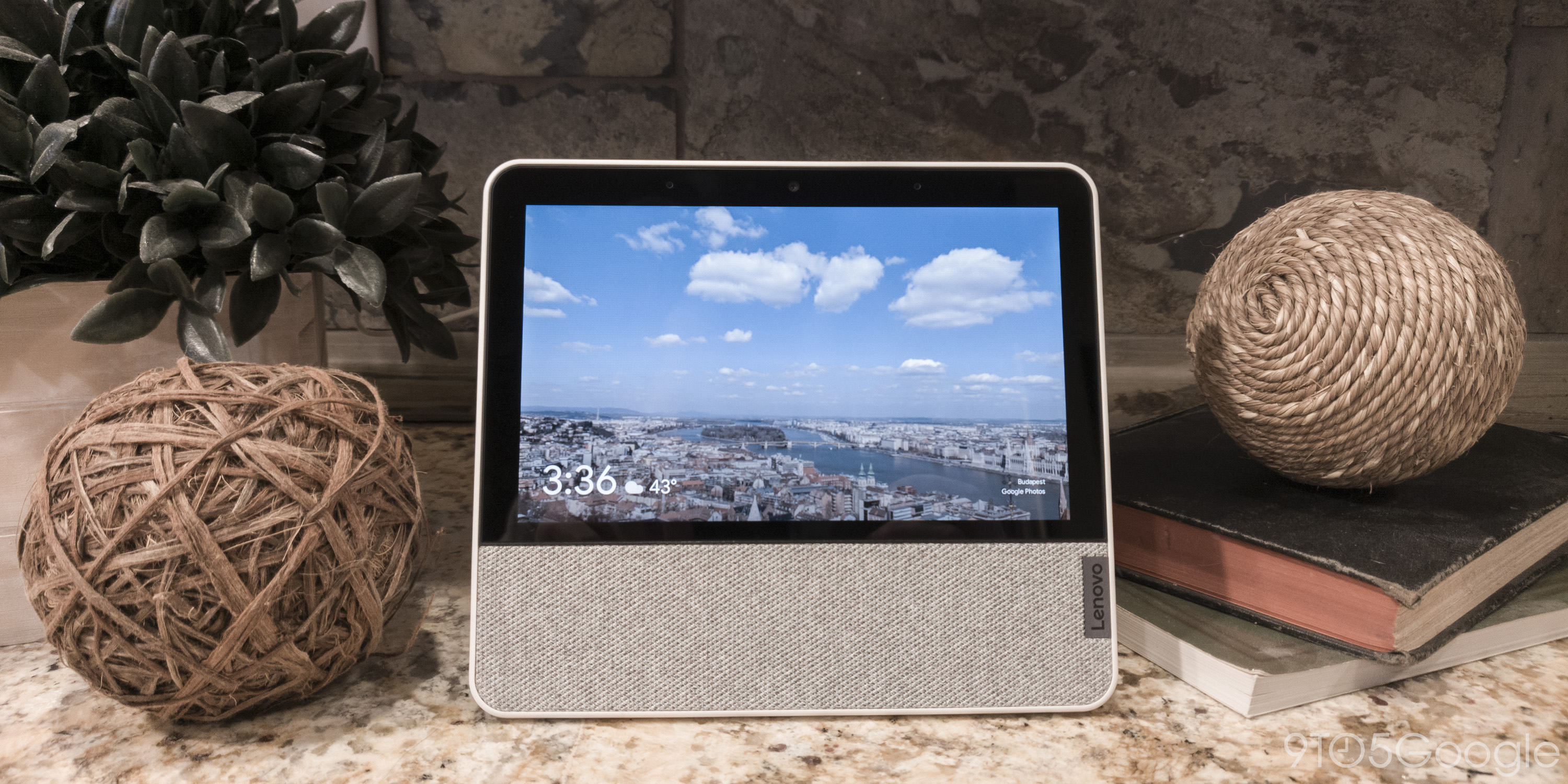 Lenovo brings a solution that’s understated but powerful. Front-facing speakers create big sound from a small driver that can easily cross a room, an adaptive display prevents the device from sticking out, and thoughtfully designed software completes the package with the smarts of the Google Assistant. If you’ve never used a smart display before, the Smart Display 7-inch will quickly become an integral part of your day, and you’ll wonder how you ever lived without it.