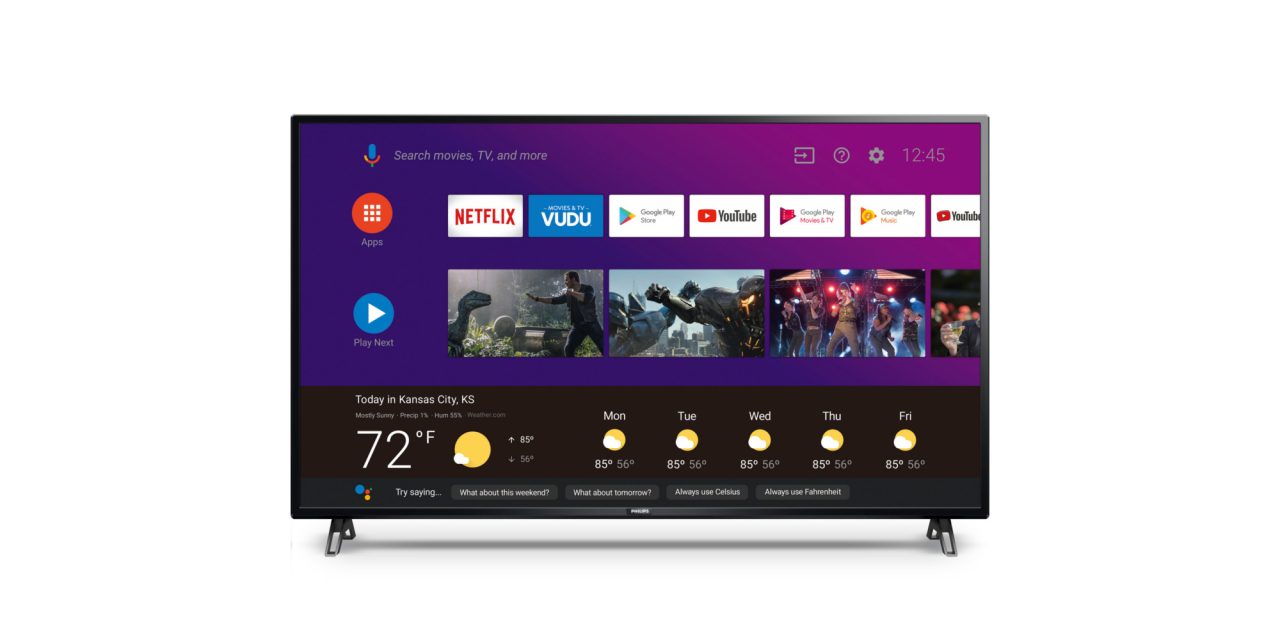 It’s the first official day of CES 2020, and the product announcements are flowing like water. Today, Philips is rolling out a few new series of Android TVs, including one model that’s optimized for gaming, including Google Stadia.

Last year, a leaked timeline pointed to Android TV being the next big player for Google Stadia, with the platform supposedly picking up native support for the game-streaming service sometime this year. While that future hasn’t come to fruition just yet, Philips is getting ready for Stadia with one of their latest line of Android TVs.

The Philips 5905 Series of 4K Android TVs, available in sizes between 43 and 75 inches, is specifically optimized for console gaming including Google Stadia. With “Gaming Mode” enabled, the TVs experience over 50% reduced latency compared to last year’s Philips Android TVs.

Considering there’s always going to be some latency due to Stadia’s internet-based nature, any efforts to reduce the local hardware’s latency are commendable. That said, the reduced latency should also be noticeable on traditional consoles as well, and may come in handy for those who like fast-paced games like Super Smash Bros.

Stepping down from the 5905, Philips is also rolling out the 5704 and 5505 Series Android TVs soon, both of which prominently feature the Google Assistant right from the remote. Meanwhile, the 6705 Series, due out later in the year, will offer a completely hands-free Assistant experience, similar to a smart speaker.

The 6-Series televisions include an integrated far-field, echo-canceling microphone array giving users hands-free voice-activated access to the Google Assistant, so there’s no need to touch the remote control to control your TV. Dual noise-canceling microphones are embodied at the bottom bezel of the television, capturing voice commands while eliminating background noise — including the TV’s own audio.

Finally, Philips is also previewing its existing line of 4K OLED Android TVs with their unique Ambilight technology, which automatically syncs your media to three lights shining out the sides of the TV. These flagship models support Dolby Atmos audio, Dolby Vision video, HDR 10, and HDR 10+ to truly maximize your watching and listening experience. While no date has been shared yet, these previously European-exclusive Ambilight TVs should be making their way to American shores sometime soon. 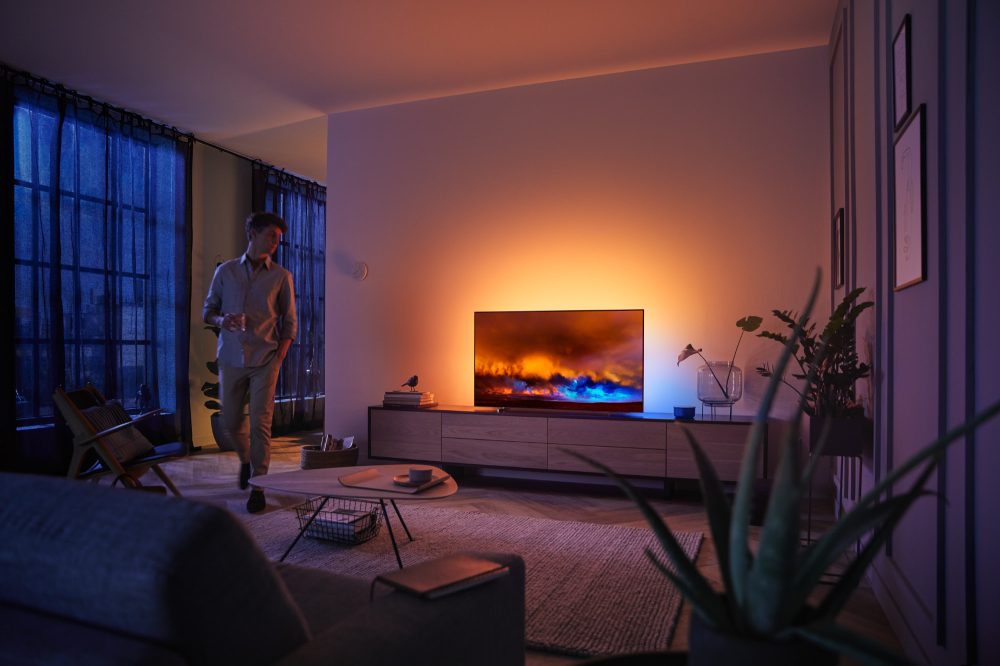