GitHub for Android beta now available for download, shows you everything but code 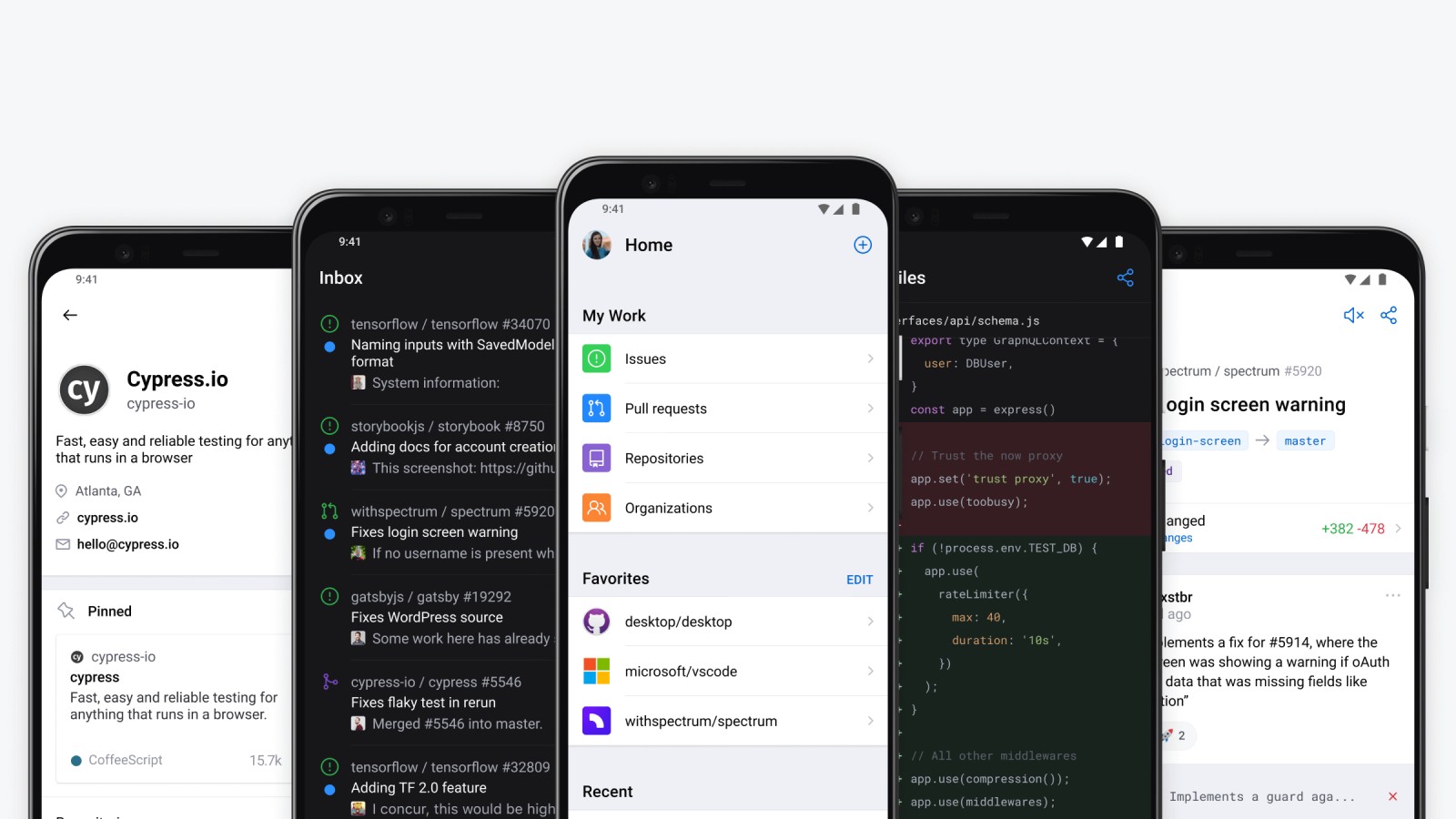 GitHub, acquired by Microsoft in 2018, is part code management service and part social network, and altogether an integral part of many developers’ lives. However, there’s not been a good way to take that experience on the go, beyond the mobile web interface and unofficial apps, but that changes today.

Users who registered for emails about the GitHub for Android beta were contacted today with a link to register for the early access beta via the Google Play Store. Thanks to this, we were able to download and get hands-on with GitHub for Android.

Once signed in, you’re brought to a fairly simple dashboard offering an overview of your open issues and pull requests, repositories you’ve interacted with, and organizations you belong to. You’re also able to customize a list of “favorite” repositories to stay pinned to the home screen. The bottom navigation bar lets you quickly swap over to a list of your recent notifications, or perform a search of all public repositories and issues on GitHub.

In each repository, you’re able to read its README, file issues, browse and search through issues and pull requests, and leave comments and reactions on each. This experience is further beautified by respecting Android 10’s dark mode settings. But that’s pretty much the full extent of GitHub for Android as it exists today, leaving a glaring omission in the app’s feature set.

There’s absolutely no way to browse a repository’s code! There’s no code or files anywhere in the app except a limited code viewer when looking at a pull request. As it stands now, GitHub for Android is all “Hub” with almost no “Git.” The end result feels more akin to installing yet another social media app than one for productivity.

Despite the invitation email only initially going out to those who registered early on, the beta appears to be open to anyone with the link. All you need to do is register your account to become a tester for GitHub for Android, then download the app from the Google Play Store.