Following some EU orders and fines, Google has made changes to Android in countries where users can choose a search engine while setting up their devices. However, one search engine, DuckDuckGo, isn’t content with Google’s search-choice screen on Android, and has suggested a change.

In a Twitter thread this week, DuckDuckGo explains (via SearchEngineLand) that it feels Google’s search-engine choice screen on Android is “fundamentally wrong.” In Google’s version of this screen, the choices are made available via a pay-to-play auction which, as DuckDuckGo says, “artificially limits” what is shown. Google lists which options show in each country.

For example, Google may show its own search engine along with DuckDuckGo, Bing, and Yahoo. DuckDuckGo’s proposal offers users more options for search engine choices, as well as more context.

As seen below, this option takes over two screens. The first screen explains where the selected search engine will be used as well as how they vary. On the actual selection screen, there are more results, with some organized by region. Under each search engine choice, there’s a space for a brief explanation of what that search engine brings to the table. 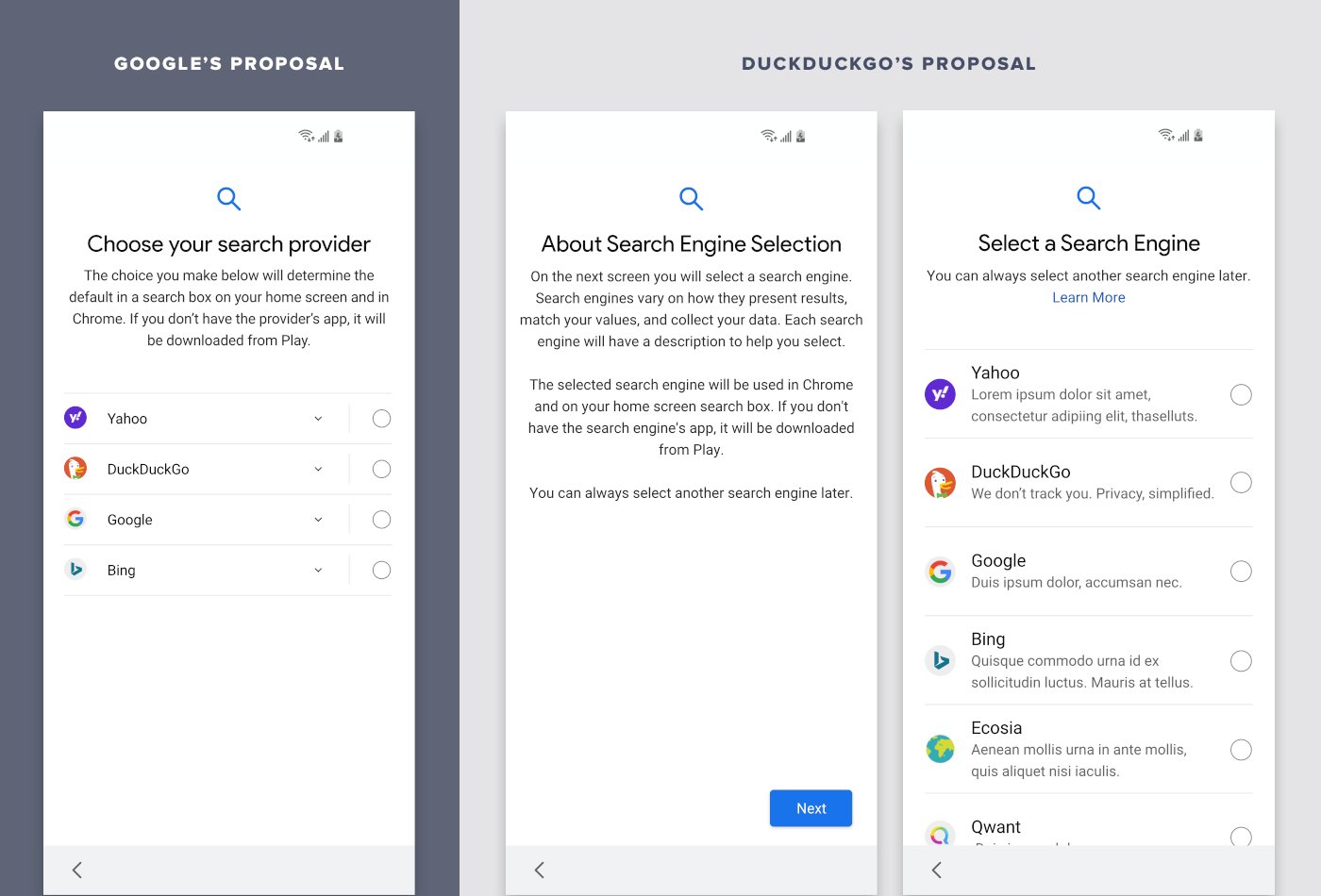 It seems unlikely at this point that Google would change this selection screen again, but I’ve got to admit, this is definitely a better solution. In a study with users, DuckDuckGo found that 2/3 of those surveyed would be more likely to choose an option other than Google using DuckDuckGo’s design. 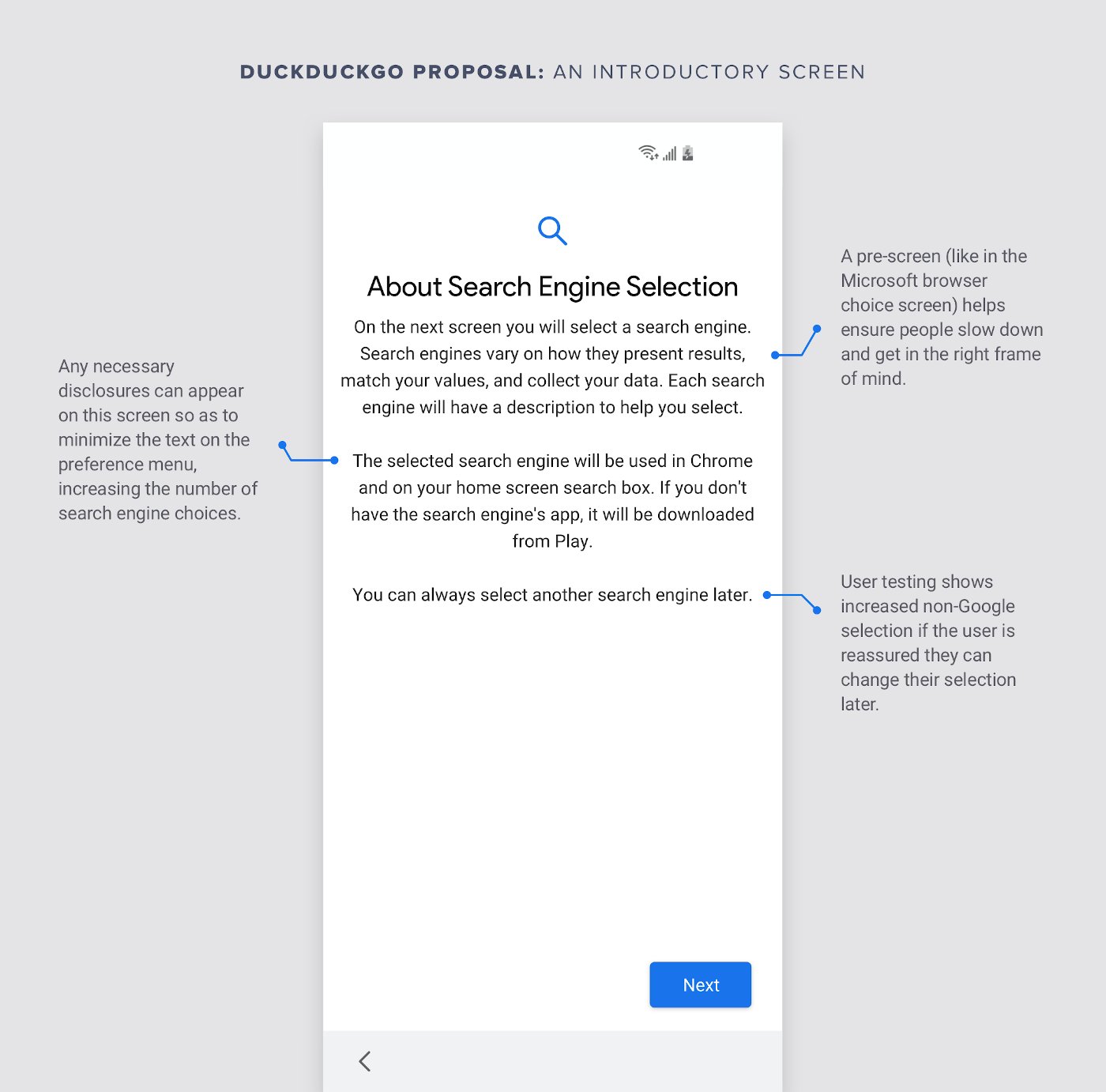