You can vote for Pokémon of the Year on Google.com right now 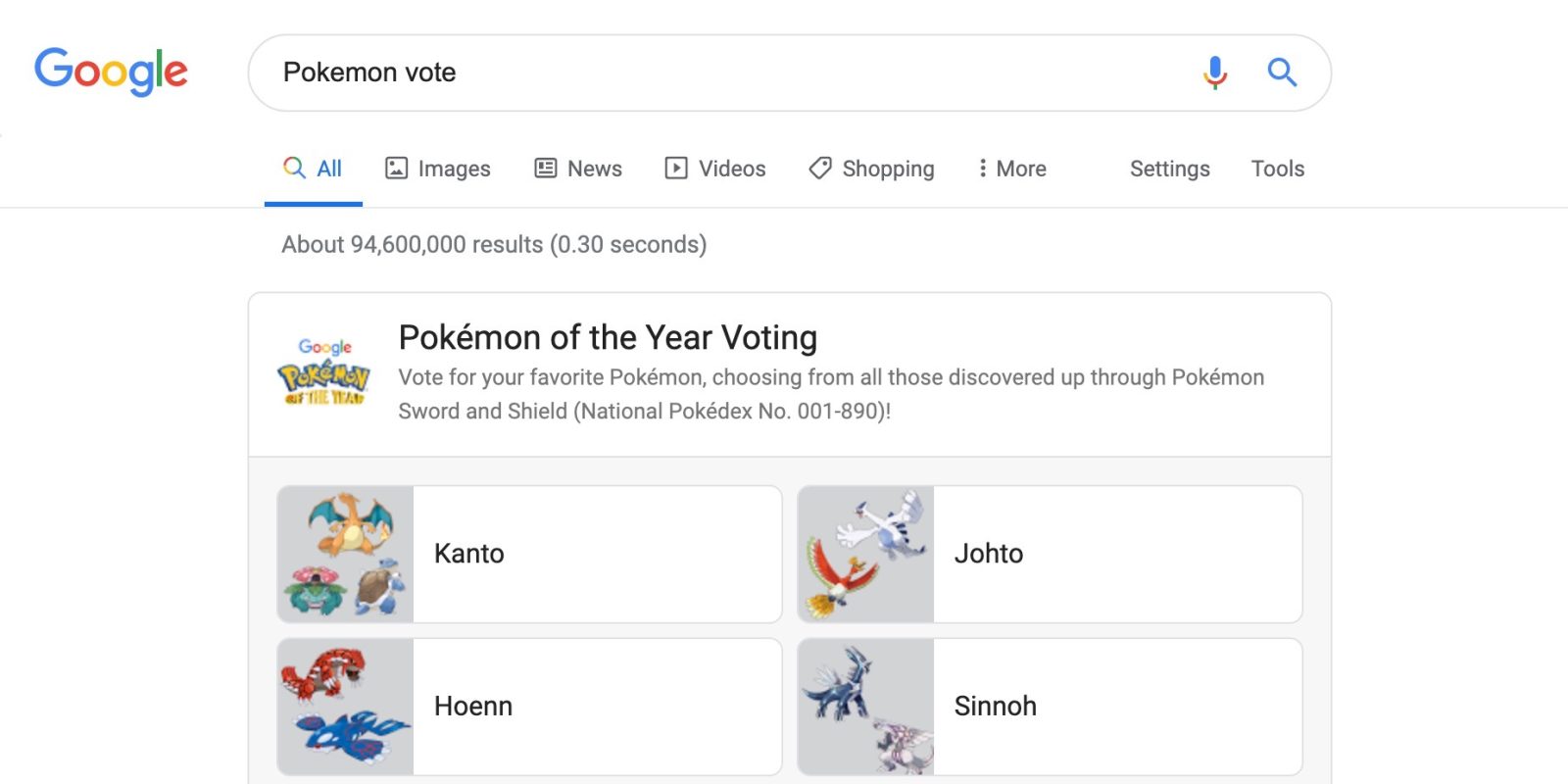 Given its ubiquity, Google Search makes for a great place to host online voting. The latest example is an extensive vote on Google.com for Pokémon of the Year.

February 27 is Pokémon Day to coincide with the 1996 launch of the first video games (Red and Green) in Japan. As part of this year’s festivities, The Pokémon Company partnered with Google to hold a “Pokémon of the Year” competition to find your favorite Pokémon.

Searching “Pokemon vote” yields a card that lets you choose “from all those discovered up through Pokémon Sword and Shield” — specifically National Pokédex No. 001-890.

There are eight categories: Kanto, Johto, Hoenn, Sinnoh, Unova / Unys / Unima / Einall / Teselia, Kalos, Alola, and Galar, etc. Expect a lot of side scrolling to reach your favorite Pokémon in this Google vote. You can cast one vote per category for a maximum of eight votes daily until Friday, February 14 at 5:59 a.m. PST.

Votes will be counted based on the Pokémon’s National Pokédex number, even for Pokémon that have multiple forms, including regional forms.

Other cross promotion efforts start on February 25 in Pokémon GO and end March 2: