Google partners with ‘The Game Awards’ for voting through Search 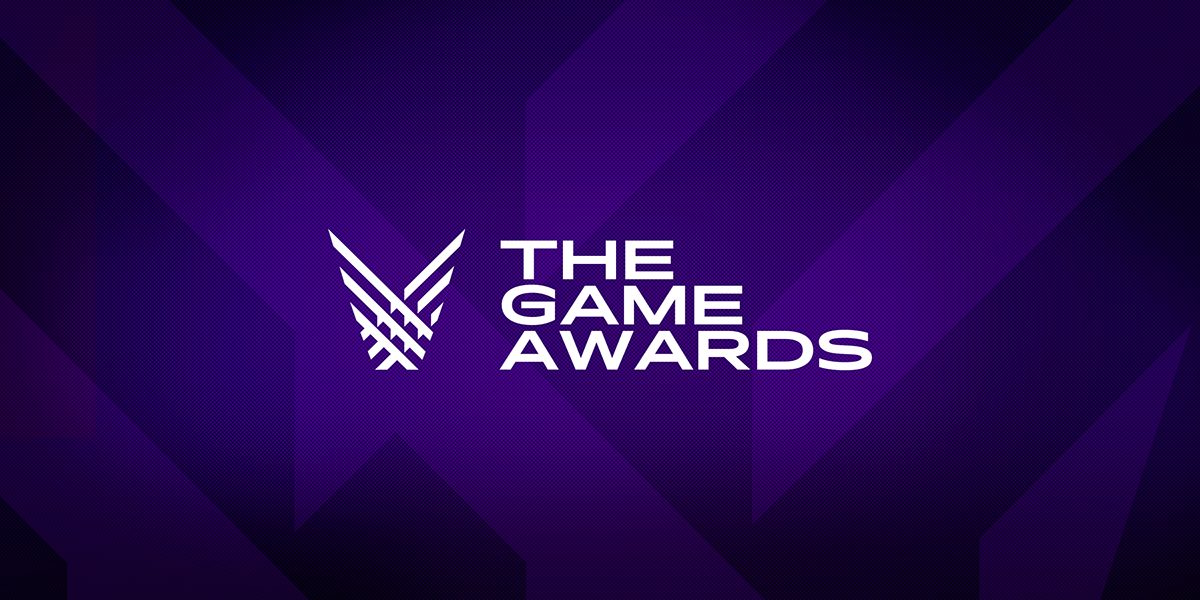 Yesterday, annual fan voting for The Game Awards — a popular celebration of video game creatives and Esports personalities — opened. Google has partnered with the event to bring voting functionality to Google Search.

Searching on Google for “The Game Awards Vote” brings up a digital ballot card that allows you to cast votes in each category. You may vote every 24 hours, and can only cast one vote per category at a time. Once cast, votes are final.

Categories for The Game Awards that you have voted in will show a grey circle with the number of votes you’ve casted. If you have selected a nominee, but have yet to cast your vote, the circle will show in blue. The ballot is restricted to personal Google accounts, and G Suite accounts will be prompted to switch in order to vote. Trying to evade voting restrictions is mostly futile, as votes are tied to your Google Account, and you cannot use work or school accounts as alternatives. Going Incognito does not work either. 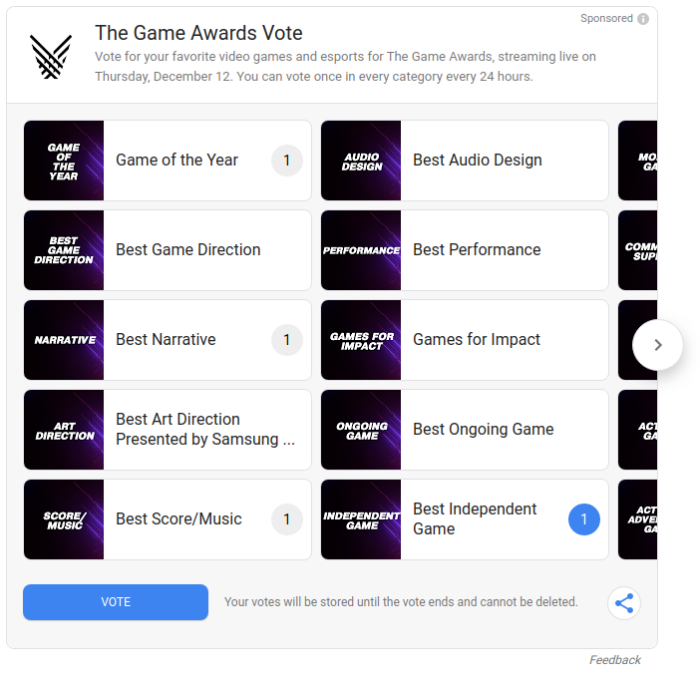 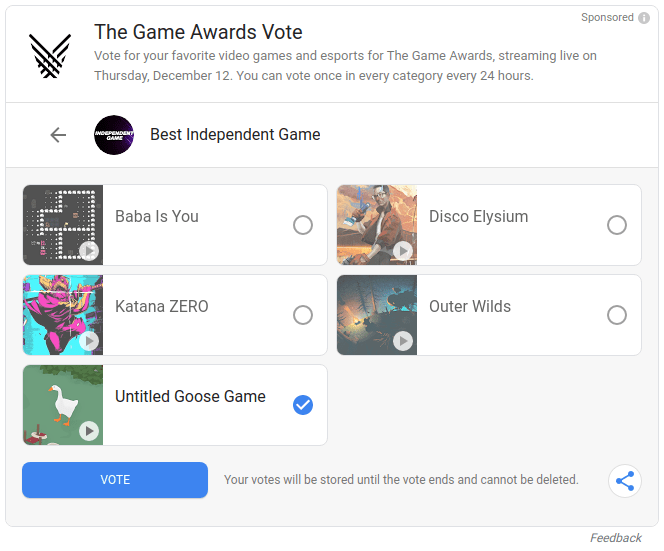 Voting for a game in Google Search

Choosing a category will take you to its list of nominees, and from there you can easily preview each game by tapping the thumbnail. This will play the trailer for the game on YouTube in full. Oddly, there is no way to get more info on human nominees, such as those selected for Best Esports Player.

Today’s integration is similar to NBA All-Star Voting, which was exclusive to Assistant and Search last year. Voting for The Game Awards ends on December 11th at 6 PM PST, so get your votes in while you can. You can watch a livestream of the event on December 12th.