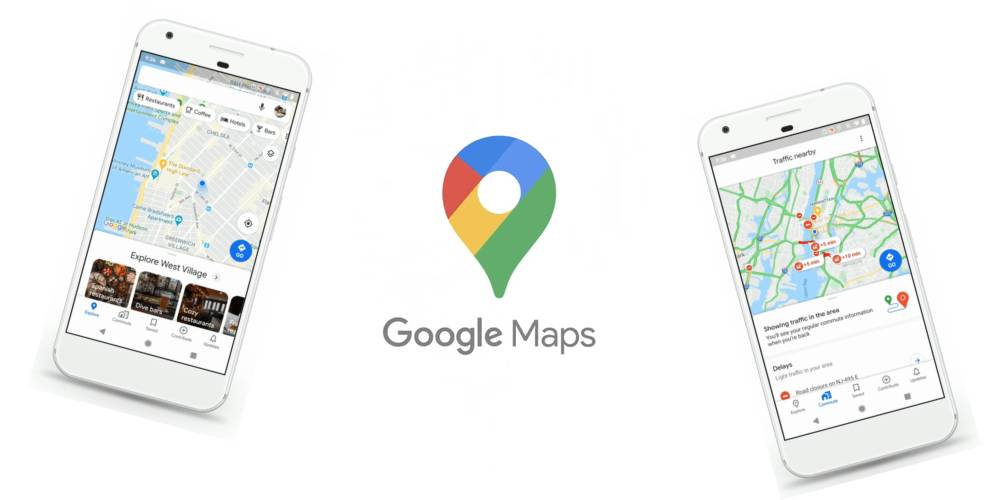 Google Maps is 15 years old this week and, in its time mapping this Earth, the service has become one of the most powerful and popular mapping applications. To celebrate its birthday, Google Maps is getting a redesigned app on mobile and a brand new logo too.

In a post on The Keyword, Google explains what’s new with Maps. Firstly, that starts with a redesigned Google Maps app for Android and iOS that’s rolling out starting today. In this new redesign, Google is taking full advantage of the bottom bar UI with five tabs that provide “easier access” to most portions of the app.

On the main “Explore” tab, Maps has its default navigation options, but also tools for finding locations of interest nearby. For example, this tab can be used to find restaurants or activities, as well as ratings/reviews of those locations.

On the “Commute” tab, Google Maps will show what’s going on with traffic on your way to work, regardless of what transportation method you’re using. The “Saved” tab will show any locations you’ve saved to lists as well as including information regarding trips you’re planning.

Next, on the “Contribute” tab, Google is giving those who provide reviews, leave feedback, or contribute to Maps in other ways a central hub to work from. Finally, the “Updates” tab has a feed designed for discovering new locations as well as housing chat for businesses in your area.

Along with the redesigned Google Maps app on mobile, Maps is also getting a revamp to its logo. As seen at the end of the short video below, Google is making its main logo the “Pin” seen in its previous logos, this time with the four usual Google colors covering the pin.

As a fun little easter egg to celebrate its 15th birthday, a “celebratory party-themed car icon” will show up when using navigation for a limited time.