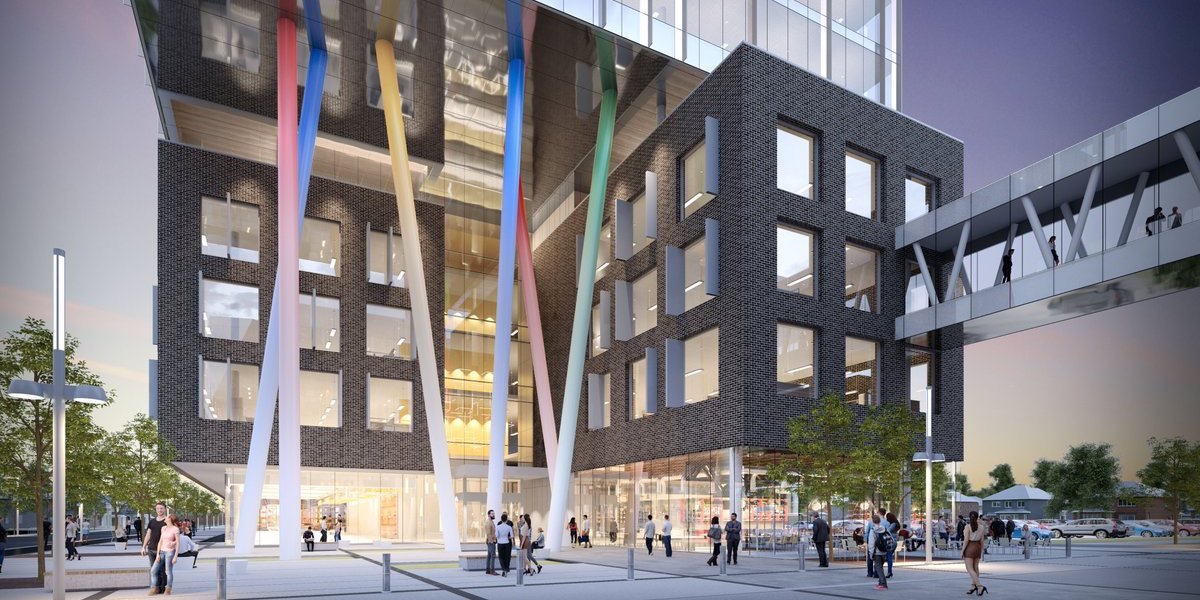 Canada is a hotbed for artificial intelligence and machine learning research, with Google cultivating that talent in a number of ways. Google today announced three new Canadian offices to account for future growth.

Described as a “significant expansion,” the company currently has 1,500 engineers, game developers, sales leaders, and AI researchers across Toronto, Montreal, and Kitchener-Waterloo. Google is opening a new office in each of those existing cities.

By 2022, the new Google Canada offices will house 5,000 employees, with renders shared today showing modern buildings. It comes as Google’s first site in Toronto was opened by a single salesperson in 2001.

According to the Wall Street Journal, the Waterloo site can accommodate up to 3,000 employees working on Cloud and health care. Toronto will see a 1,000-occupant facility for AI, while Montreal could see 800 more Googlers working on gaming.

Last October, Google announced its first Stadia Games and Entertainment studio in Montreal, citing the city’s rich gaming heritage that “launched dozens of studios, thousands of careers, and countless incredible games.” On the AI front, there is Google Brain Toronto — the company’s ML lab — and funding for the Vector Institute.

A charitable organization that launches underserved young adults into meaningful and sustainable careers. Through this grant, we’ll support 1,700 Canadians with technical skills through the IT Support Professional Certificate and the IT Automation with Python Certificate.

Meanwhile, a new Google for Startups Accelerator in Waterloo aims to foster the country’s entrepreneurial potential.