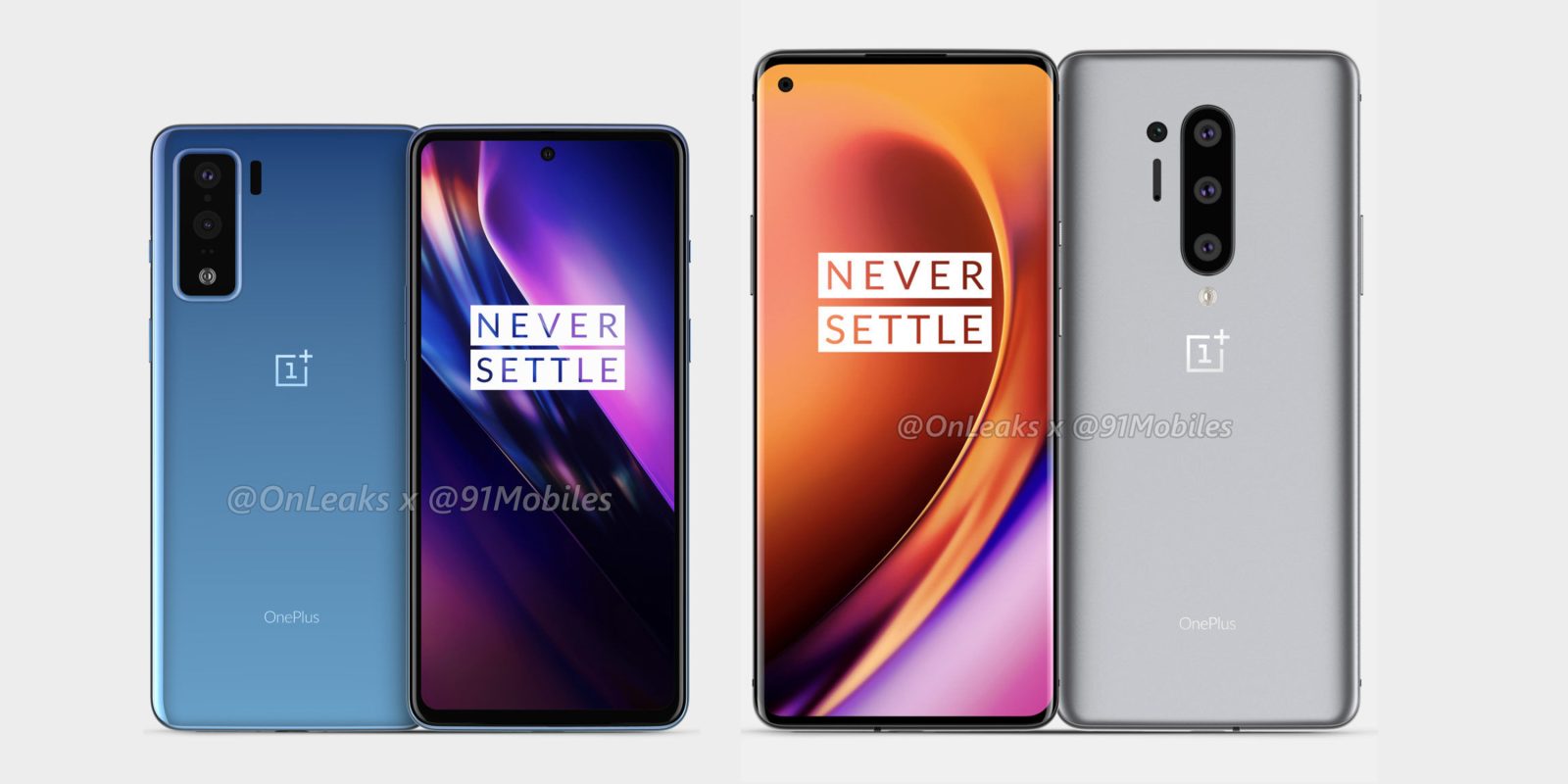 After potential launch delays due to the growing concerns over the spread of the coronavirus, supposed specs of the OnePlus 8 series have now leaked, hinting at expectedly impressive internals for the upcoming devices.

According to reliable tipster Ishan Argawal and 91Mobiles, we can expect the Qualcomm Snapdragon 865 chipset powering the OnePlus 8 and 8 Pro. Whereas, the OnePlus 8 Lite is set to be powered by a MediaTek Dimensity 1000 chipset. This will no doubt be a head-turner but the modest CPU does perform admirably for its price — likely the reason for its inclusion.

Every model will include an in-display optical fingerprint sensor for biometric security, although it’s unclear if any improvements are being made for the native OxygenOS‘ face unlock due to the new punch-hole selfie camera.

In terms of optics, there is some disparity between each device this time around. Starting with the OnePlus 8 Lite, the more affordable handset is said to include a 48-megapixel primary sensor, a 16-megapixel secondary lens, and a third 12-megapixel lens.

The OnePlus 8 will sport a triple-lens setup that includes the same 48-megapixel main sensor, 16-megapixel secondary lens, but will include a 2-megapixel depth sensor. Now the OnePlus 8 Pro camera specs are slightly more beefy, with a proposed quad camera setup. However, we have no solid information on just what might be thrown in there.

This supposed spec sheet also “confirms” that we’ll see wireless charging on a OnePlus device for the first time. However, it will only come to the OnePlus 8 Pro, which could also include 30W reverse wireless charging. Wireless charging will not be included on the standard OnePlus 8 or 8 Lite, instead, you’ll get Warp Charge 30T and 4,000mAh batteries on both models. The 8 Pro will include a slightly larger 4,500mAh cell.

Other rumors hint that we could see the OnePlus 8 series as early as mid-April, so not much longer to see just what the firm will bring to the table in 2020. Let us know what you think of these proposed specs down in the comments section below.