Thanks to a surfaced prototype unit, we’ve learned a lot more about Google’s Pixel 4a in the past several days. Now, a new image is confirming that Google is giving Pixel 4a a much-needed upgrade to its storage.

Last year’s Pixel 3a was impressive for its cost. Despite some low-end components, it always felt very quick for its price tier. However, storage was one concern on that device since Google opted to use low-end eMMC storage.

It appears that may change on the Pixel 4a. The Pixel 4a unit obtained by TechnoLike Plus was pictured and published by XDA with its bootloader on display. On this page, we can see details such as the codename “sunfish,” the bootloader status, and even the serial number (which is blocked out for obvious reasons). Most importantly, though, we confirm details about the storage and RAM on the Pixel 4a.

Firstly, the Pixel 4a will have 6GB of DDR4 RAM provided by Hynix. That’s a huge upgrade we’re excited for as the same jump in memory did wonders for the performance of the Pixel 4 and Pixel 4 XL. This was previously confirmed in a hands-on video, but a readout from the bootloader directly is even better.

Second, we can see that Google is upgrading the storage. It’s still unclear at this point if there will be a 128GB model of the Pixel 4a as the bootloader clearly says 64GB, but at the very least that storage is going to be of the UFS 2.1 variety. UFS 3.0 is the more common standard found in modern smartphones, but 2.1 will still be a huge upgrade from the slower eMMC storage found in the Pixel 3a. Notably, the chip specifically being used is the 64GB UFS 2.1 H9HQ53AECMMDAR-KEM from SK Hynix. 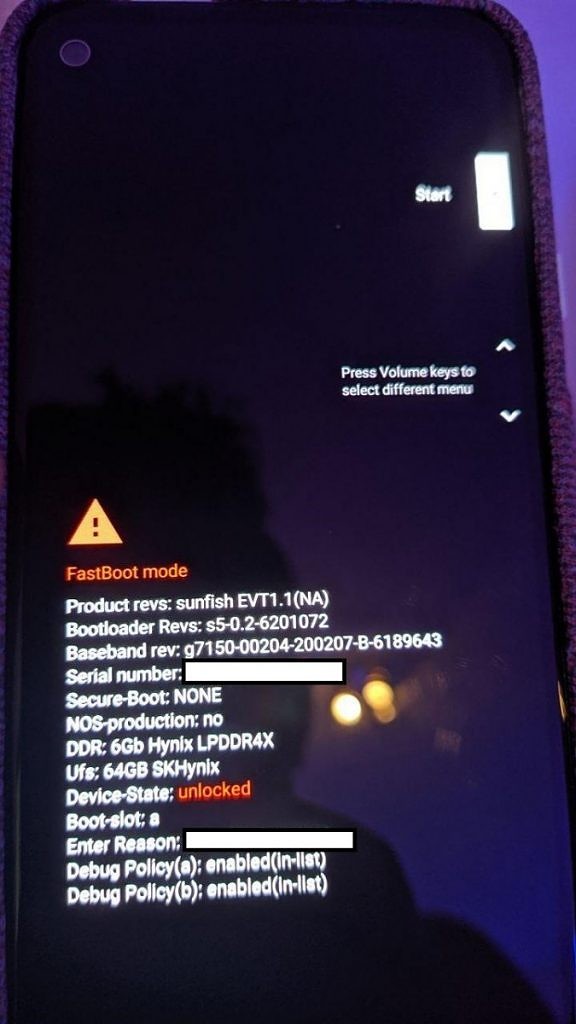 Google’s Pixel 4a is just looking better with every leak!